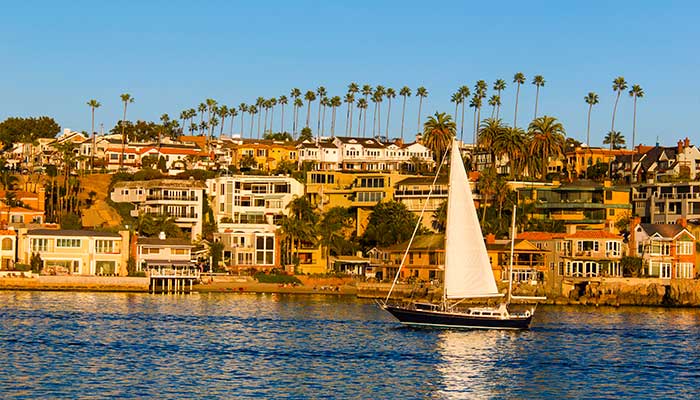 Getting to Newport Harbor

Newport Harbor is located in Orange County, California’s, stunningly beautiful seaside city, Newport Beach. There are about 10 different districts that surround Newport Beach and Newport Beach Harbor. From the Airport District, Back Bay, Balboa Island, Balboa Peninsula, and Balboa Village to Corona del Mar, Fashion Island, Lido Marina/Cannery Village, Mariner’s Mile and the Upper Newport Beach Bay, there’s so much to explore in the “Hamptons of Hollywood” that it would be a disservice to your visit not to check out our Visitor Guide before diving into Newport Harbor and the surrounding areas.

Newport Beach is a short drive from quite a few major cities including Los Angeles, San Diego and the Inland Empire (Temecula, Riverside and San Bernardino), so making it to this upscale beach town should be a breeze from just about anywhere. Tucked away within access of the 5 and 405 freeways south, to the 55 freeway south, will land you neatly in Newport from Los Angeles, or from San Diego taking the 5 to the 405 north then to the 55 south towards Newport, will get you here as well.

Things to Do at Newport Harbor 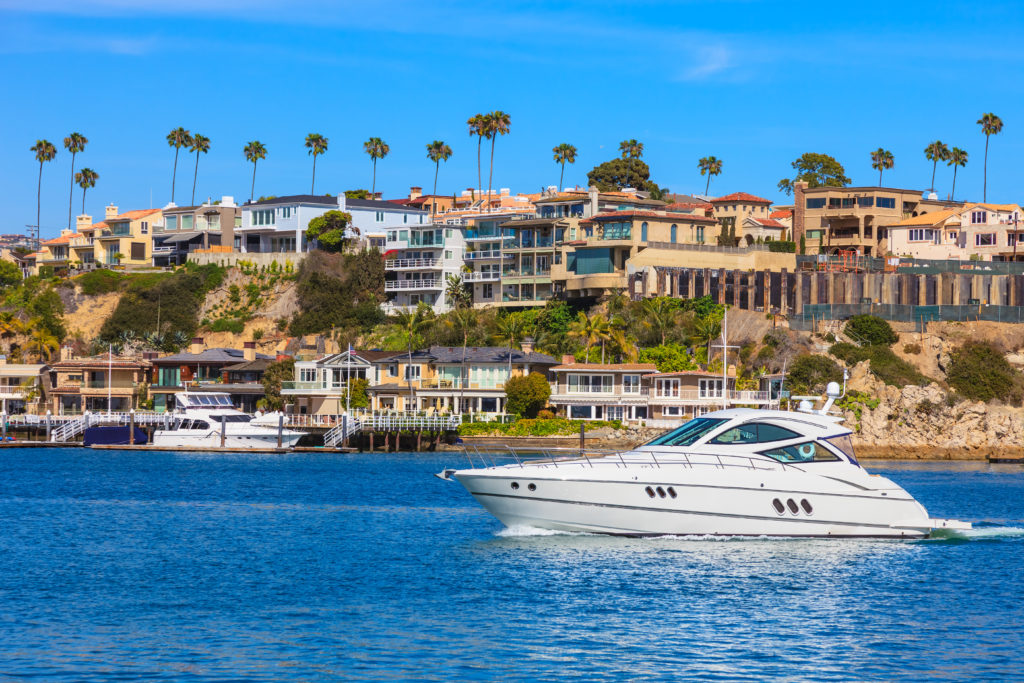 As the largest recreational harbor on the west coast, Newport Harbor activities are just about everywhere. Visitors to Newport Harbor can choose adventures from sunset cruises to stand-up paddleboarding.

Explore the Back Bay of Newport Harbor where the Upper Newport Bay Nature Preserve and Ecological Reserve draw naturalists and scientists from all over the world. Here you will find where more than 35,000 migratory birds and more than 200 endangered species make their home across 1,000 acres of coastal wetlands. The area offers hiking and cycling trails as well as aquatic adventures for nature lovers and passionate outdoor enthusiasts.

Known as the three-mile stretch with Newport Harbor on one side and sandy California beaches on the other, check out the Balboa Peninsula, or simply “the Peninsula” and Balboa Beach to locals. The Balboa Peninsula is home to a wide variety of popular local restaurants that offer some of the best seafood in the area. Visitors will have views of surfers, anglers, and sunbathers for miles, and maybe if you’re lucky, you might even catch some whales breaching the surface. But of course, a trip to the Peninsula wouldn’t be complete without hitting the Balboa Fun Zone. The historic Ferris wheel, which has stood for more than 80 years, awaits eager thrill seekers .

If you come over the Newport Channel Bridge from Newport Boulevard or Pacific Coast Highway, the Cannery Village on the Balboa Peninsula will greet you as well. Waterfront restaurants like the Cannery Seafood of the Pacific and Bluewater Grill extend stunning Newport Harbor views while you dine on the most delicious and authentic seafood.  Newport Harbor is also an ideal destination for people who enjoy dinner cruises, also known as Dock & Dine. This area of Newport Harbor is also home to a variety of art. From paintings, music, photography and especially the famous Regency Lido Theater, exploring Newport Harbor has never been more exciting.

Places to Stay at Newport Harbor

With so much to do in Newport Harbor, it’s no surprise that visitors want to extend their stay. With an award-winning list of Newport Beach hotels, resorts, cottages, rental properties and more, there is an option for every budget and personality.

Staying near Newport Harbor is as easy as deciding whether you want to stay at the Newport Beach Marriott Bayview where you will see breathtaking views of the Upper Newport Back Bay, or, at the Lido House Newport Beach, where the only rooftop bar in Newport Beach resides and the rooms offer an authentic beach-house feel.

If you prefer to stay in the Back Bay of Newport Beach Harbor, the Hyatt Regency Newport Beach, Newport Dunes Waterfront Resort & Marina, and the Newport Beach Marriott Bayview are best bets for true rest and relaxation.

No matter where you decide to stay, Newport Harbor offers something for everyone. 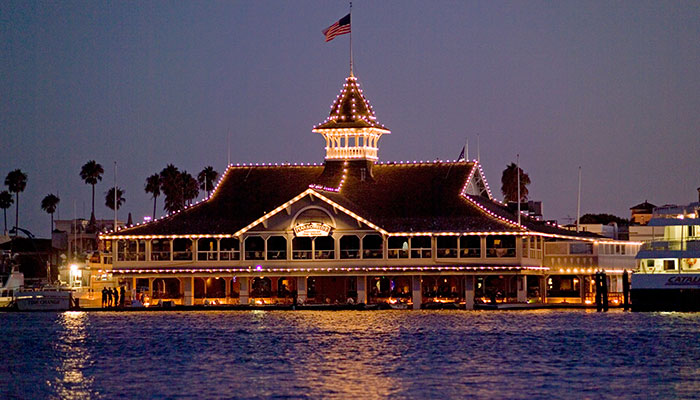 The Upper Bay of Newport is a canyon that was formed by the prehistoric flow of the Santa Ana River in the Pleistocene period, and the Lower Bay of Newport was formed later by sand brought about by ocean currents which would later construct the beach that is now recognized as the Balboa Peninsula. The Upper Newport Bay, or “the Back Bay,” feeds the delta and eventually joins the Lower Newport Bay, commonly referred to as Newport Harbor. The Lower Bay includes Balboa Island, Bay Island, Harbor Island, Lido Isle and Linda Isle.

Newport Harbor is more than three miles long and stretches into the Back Bay – where homes, shopping and activities are sprinkled throughout. April through November are the busiest months in Newport Harbor, so make sure to plan accordingly, especially if you’re bringing a boat or vessel! Newport Harbor is about 20 feet in depth.

Newport Beach Harbor once supported an assortment of maritime industries such as boatbuilding, shipbuilding and commercial fishing, but today, it is used almost exclusively for recreation. Its shores are occupied by private homes and the locals are welcoming and love to participate in water sports activities with neighbors and visitors alike.

With approximately 9,000 boats, Newport Harbor is one of the largest recreational boat harbors on the west coast. Newport Beach Harbor is a popular stop for sailing, fishing, rowing, canoeing, kayaking and more.