On International Women’s Day, we celebrate the women in hospitality who raise the bar on taste one bite at a time. Here are six female culinary luminaries in Newport Beach that not only make a strong statement with their food, but also look to inspire the next generation.

Five Crowns + The Side Door

Five Crowns and The Side Door is more than just a historic steakhouse on PCH; its hospitality is driven by an elegant and stylish all-female culinary team: Kenyan Paar (general manager), Alison Robbins (sales), and executive chef Alejandra Padilla.

“I wanted to be a chef since I was ten,” says chef Alejandra, “I remember watching PBS cooking shows…they were such an influence! Julia Child, Yan Can Cook, and Two Hot Tamales…they were some of the shows I loved.”

But chef took a different route for her first job out of high school. “I didn’t pursue being in the restaurant business until I was twenty, where I opted for being a hairdresser first. I got my first promotion into management at the age of 27.“

The Chopped-winning chef offered up some advice: “Show up earlier than anyone else, be present, consistent, speak up, and be ok with making mistakes as long as you acknowledge it. Learn from your mistakes!”

“I knew I wanted to be a chef when I was nineteen…that’s when I intended to go to culinary school,” says executive chef Amy Lebrun. “Before that, I had an interest, but that’s when I decided to make it a career. I got my first “chef” title about 8 years later at Pelican Hill Resort in Newport Beach.”

After an early start in the culinary world at the age of fourteen as a hostess, Buddha’s Favorite owner Nicole Paskerian confesses, “I almost left college to attend the Culinary Institute of America in Napa, but figured I better get my degree because I know I would never go back to school!” All that time working in restaurants and studying paid off after her kids went off to school. “I really wanted to open my own small restaurant and my amazing husband, Matt, and I started playing around with ideas when we found out our favorite sushi restaurant was for sale. I’m having the time of my life meeting amazing people every day and creating new menu items!”

“I think young ladies looking to evolve in culinary mostly need to believe in themselves. Someone said to me when we were in the process of buying Buddha’s, “Why would you go from the easiest job (meaning basically I didn’t have one since our kids were away at college) to the hardest job?” My answer, “Because I love it!” There is a certain passion one has when they are in this industry and I definitely have it!”

Many bartenders get their start in dining because of the flexible hours and attractive tips. “As soon as I turned twenty-one, I went behind the bar,” says Olea’s head bartender Inga Tantisalidchai. “I never thought of making a career out of bartending, especially since service industry jobs weren’t considered prestigious in the eastern culture I grew up in at home. But as the bar industry evolved into the craft we see today, so did I,” she continued.

Now an industry vet of over twenty years, she continues to push the boundaries of flavor and presentation, “I learned I could draw inspiration from other women in the industry, like Chef Shirley Chung who I had the honor to work with for a year,” says Inga. “Love your craft and show it in what you create. It’s the little details that show the passion you have for what you do,” adds Inga.

With a solid marketing background, JuiceMi owner Mimi Chau never thought of owning a restaurant. “I fell in love with juicing and want to share organic juices with my community,” says Mimi, “JuiceMi is a wellness brand,” she added. Aside from offering healthy and delicious food and drinks, Mimi likes to go a step (and bend) further, “we also host weekly outdoor beach yoga and monthly meditation group sessions to empower our community to prioritize their health.”

“JuiceMi is a community of strong, smart and entrepreneur women. There are SO many women I admire and feel very blessed to be partnering up with through our businesses,” says Mimi.

When you end up buying the business that you worked at in high school, there’s bound to be a story behind it. “Funny story…Jan’s was my first job,” says current owner Poppy Holguin. “I worked for Jan Gaffney for three years before going off to college and working in marketing, but I was always a customer and would see her often.” In 2009, Jan wanted to sell the health food institution that she opened in 1972, and Poppy took it over the next year, growing it to the four locations that exist today. “Jan was always passionate about her food, self-sufficient, and was an incredible inspiration as a businesswoman,” notes Poppy.

“Stay true to your concept and embrace the unknown. Being able to lean into the fear and come out on the other side better for it DAILY, I am in awe of the amazing woman in our community. I meet them in my stores, at my children’s school, working out. The perseverance and drive of today’s woman is inspiring and I feel blessed to be surrounded by some of the best here in Orange County! 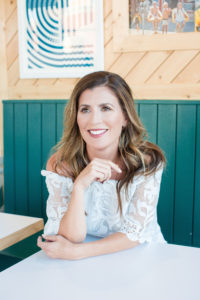 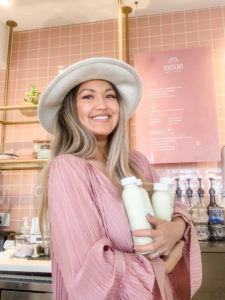 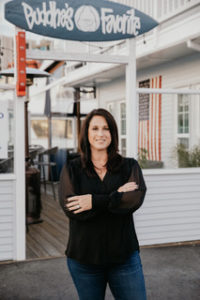 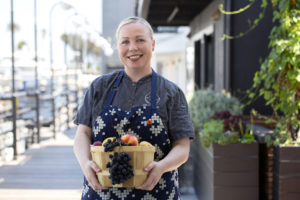