The romantic power of the French language is arguably strongest when it comes to food. Through its magic, items normally viewed as typical or weird are transformed into elevated expressions of culinary elegance. Steak and fries become steak frites. Wine-braised chicken transforms into coq au vin. Snails doused in butter and garlic turn into escargot.

Of course, there’s substantially more to French cuisine than linguistic parlor tricks. Its combination of ingredients, technique, flavor composition, and presentation produce delicious food that feels more worldly and sophisticated; a vibe that somehow connects to France’s heyday as the world’s cultural epicenter. This goes double if your meal is paired with a lovely Bordeaux blend.

You don’t have to book a plane to Paris to experience this high-minded level of dining. If you live in Newport Beach, you probably just need to drive a couple of miles. The coastal city offers a host of venues that offer exemplary interpretations of classic French fare, from simple bites to extravagant dishes. Even if you have no idea what “Bon Appetit” translates to in English, these special places will infuse the spirit of France into your soul, if only for a short while. 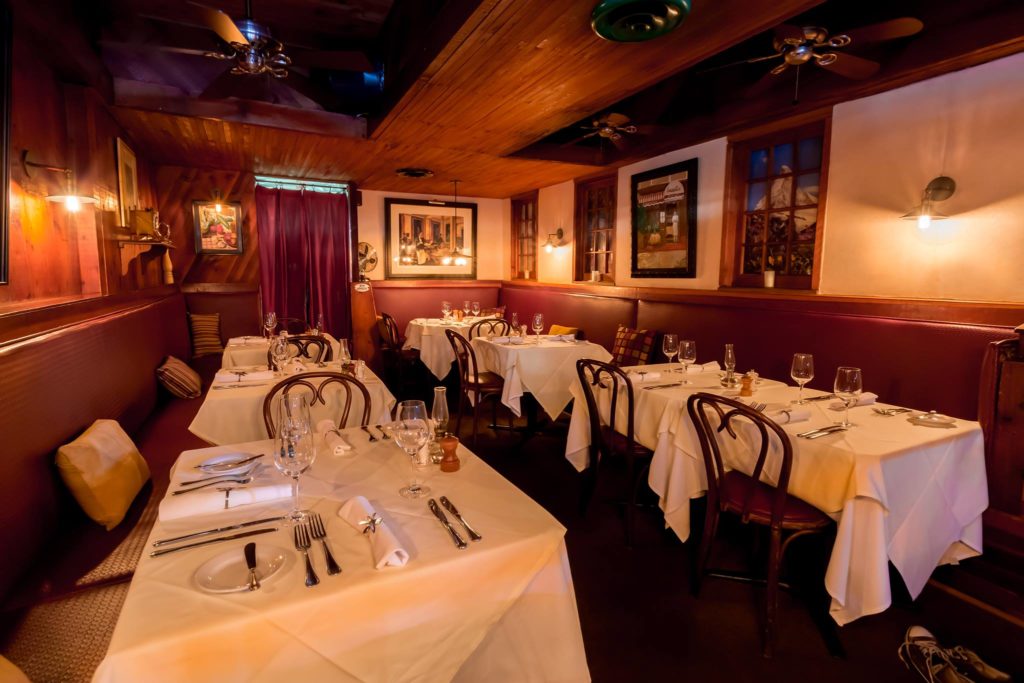 Basilic
It makes sense that such a thing as French Swiss cuisine exists. After all, western Switzerland runs along France’s central eastern border. It’s a geography lesson this endearingly elegant Balboa Island eatery has been celebrating through its hybrid culinary milieu for twenty years. The party’s emcee is Executive Chef and Proprietor, Bernard Althaus, who creates a slew of dishes that hearken back to his days growing up in the French-influenced Swiss town of Faoug in the Canton de Vaud. Guests come to dine on French classics like steak au poivre, but they also drop in to indulge in plenty of Swiss-inspired fare like raclette; indulgent scrapes of melted cheese served with fingerling potatoes, cornichons, and pickled onions. 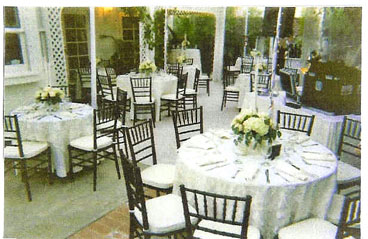 Bistro le Crillon
The Provencal commune of Crillon may be a few hours north of the glamour of Cannes and St. Tropez, but that doesn’t mean its food is any less elegant. Likewise, this charming bistro run by chef/owner and Crillon native, Chantal Berton, is near Newport’s Upper Back Bay, shielded from the bustle of the Balboa Peninsula and Newport Harbor. Chantal uses this to her utmost advantage as she oversees a menu abounding in northern Provencal fare, from classics like cassoulet to surprising fare like venison. There are also several pasta dishes available; a tasty reminder that Provence shares a border with northwestern Italy.

Café Beau Soleil
A Parisian-style sidewalk café is a perfect fit for Fashion Island. The famed shopping center is ideally designed for a day of strolling and high-end shopping – the Champs-Elysees filtered through a Southern California lens. This restaurant taps into this vibe with fantastic precision as its culinary mission is to offer organic French cuisine touched with distinct California influences. This means you can expect to see dishes adorned with ingredients not normally found in traditional French cuisine, such as avocados and sriracha mayo. That said, there is something a bit magical to eating traditionally prepared escargot in between trips to Bloomingdale’s and Neiman Marcus. 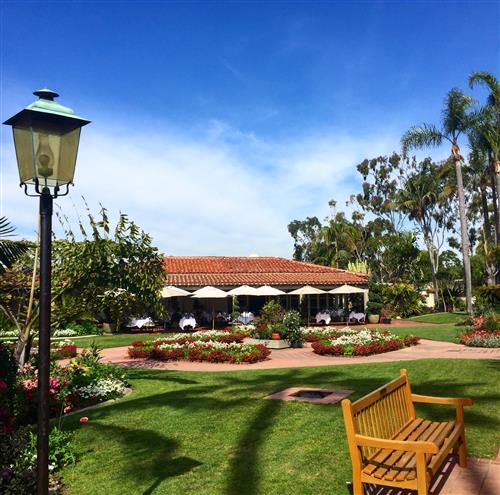 Café Jardin
Gardens are vital to the French aesthetic. It’s been this way even before Claude Monet started painting his lush yard at Giverny. Therefore, it would make perfect sense for French cuisine to be celebrated at this beautiful outdoor eatery tucked inside Corona del Mar’s Sherman Library & Gardens. While the space is equipped for indoor dining during Orange County’s rare bouts with inclement weather, the breezy outdoor space is where the brilliance typically takes place – and in full view of the facility’s breathtaking central flower gardens, no less. The venue is only open for lunch during the week, but that gives you all the time you need to sneak away from the office and transport to another world.

La French Touch
You don’t need a gigantic menu to deliver a delicious French culinary experience. A select handful of well-prepared items will more than suffice. This Balboa Village mainstay fully embraces this concept, to the benefit and delight of those that secure a table. The compact list of dishes is strong with classic French culinary ideas and dishes, like foie gras au torchon, moules marinieres, and tarte tatin. Better yet, they’re all done splendidly. It’s the ideal spot for guests that value quality over quantity when it comes to menu choices. 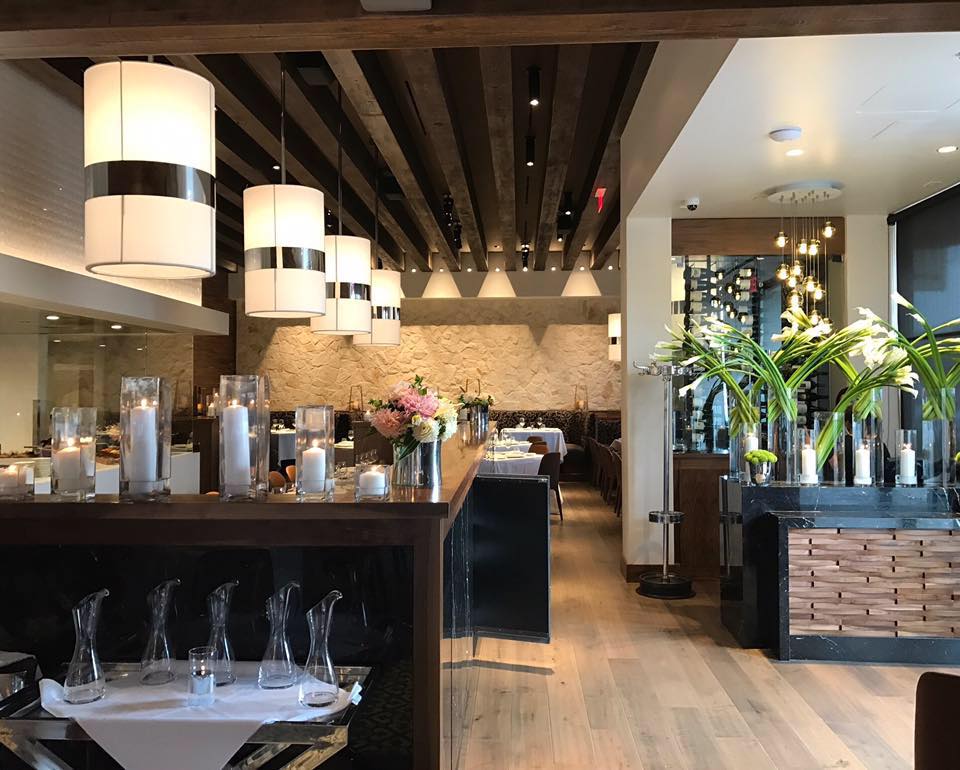 Marche Moderne
Florent and Amelia Marneau’s critically acclaimed restaurant is back, and in a new location that’s sure to delight the restaurant’s Newport faithful. The venue’s new digs in the Crystal Cove shopping center are spectacularly sleek, replete with retro stone walls, light hues, and large windows affording views of the Pacific across the street. More importantly, Florent’s knack for creating sumptuous French fare hasn’t changed. In fact, he’s using the space to debut new dishes like ris de veau gratin; a daring dish of parmesan-crusted Sweetbreads, spinach, and parsley. 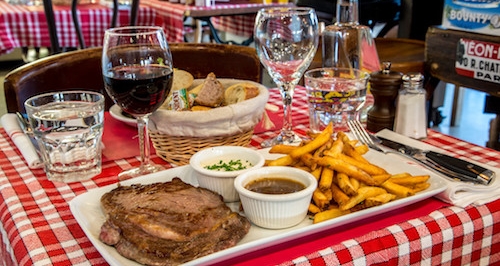 Moulin
Part sidewalk café, part épicerie, this bustling venue strives to stuff the full Parisian experience into one place. It’s a daunting task, especially when you consider it’s in a strip mall a few blocks away from John Wayne airport. Yet ever since they opened, they’ve proved to be more than worthy of the challenge. While they only serve dinners on Tuesdays and Thursdays, they offer plenty of reasons to show up every day, from fresh-made salads and sandwiches to rotisserie chicken ready for you to take home to your family. There’s also a terrific assembly of cheese, charcuterie, and pates on hand for you to peruse. Step in here, and you’ll feel like you’re in France, regardless of what the venue’s outdoor surroundings may suggest.

Pescadou Bistro
Putting the word “bistro” in a French restaurant’s name is somewhat of a bold step. Doing so signals to savvy patrons that approachable fare is served amidst a setting that’s casually charming and a bit romantic. It’s a concept this Balboa Peninsula eatery understands quite clearly. The spot is equally appropriate for an evening of catch-up with an old friend or a special soiree with a new love, and not just because the space is colorful and cozy. Just about every item you’d expect to find on a traditional French bistro menu is represented here, and represented rather well. This includes deep items that others that rock the bistro moniker don’t feature, such as braised rabbit with Dijon mustard. 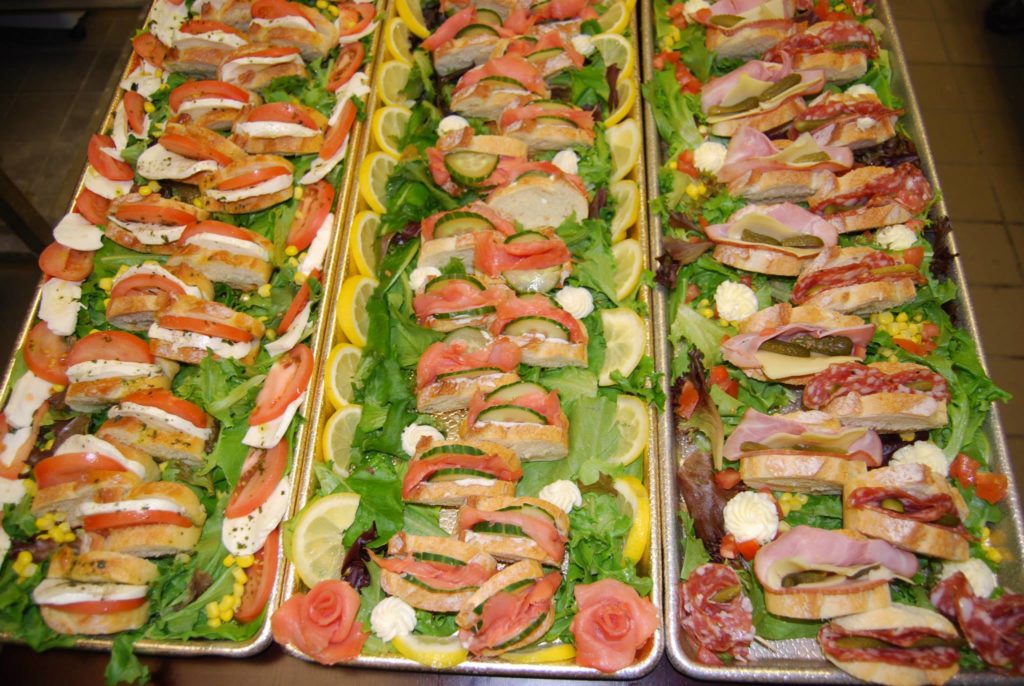 Rendez-Vouz
At its apex, a proper French bakery can be an epicurean whirlwind of freshly-made delights unassumingly tucked within a neighborhood’s confines. This cozy Corona del Mar eatery and catering service sets such a stage with tremendous aplomb. A dazzling array of scratch pastries, breads, and crepes await guests each day, as is the opportunity to speak un peu de francais with owners Olivier and Nathalie Bocchino. The venue’s catering service also creates platters of ready-to-enjoy baguettes, croissants, quiches, and more – a perfect option if you want a break from typical formal meeting fare.