Over the last few years, whiskey has evolved from the drink for older gents and hardscrabble individuals to a trendy spirit for all ages. Many factors have signaled an upswing in this brown spirit’s popularity, from the massive proliferation of small batch distilleries to the removal of the perception that young adults need not imbibe. These various metrics all stem from the same root: whiskey is delicious.

Whiskey is also quite versatile. As St. Patrick’s Day approaches, it’s appropriate to shine the spotlight on the many ways whiskey can enliven our palates and lift our spirits. This list demonstrates that Newport Beach is an ideal place for the curious and thirsty to explore whiskey’s inherently eclectic nature. 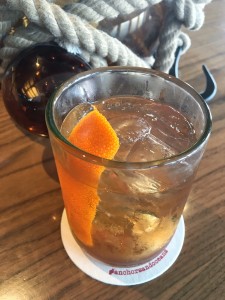 You could argue this immensely approachable gastropub ideally parallels whiskey’s rise in popularity. After all, the venue sits within the confines of Balboa Bay Resort, which has successfully shed its stodgy reputation and become a hip place to chill. While the eatery symbolizes reinvention, their excellent American Trilogy cocktail shows a firm acknowledgement to classic flavors and composition. You won’t find anything chic or whimsical in this glass. What you will find is a straightforward mix of Bulleit Rye, Laird’s Applejack brandy, maple, and orange bitters. This drink is subtle in sweetness and refreshingly smooth, a terrific entry point to the wonderful world of whiskey. 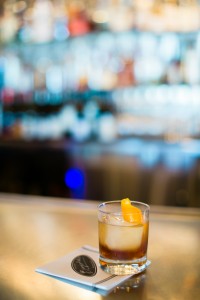 No whiskey drink evokes more passion from cocktail aficionados than the Old Fashioned. If you make even the tiniest deviation from the traditional formula, you risk instantly fostering distrust of any other cocktail you concoct. While this venerable Newport Back Bay venue’s New Old Fashion may raise eyebrows based on its moniker, hardcore fans of the classic potable can relax. Stranahan’s Whiskey, Alessio Rosso Vermouth, Orange Bitters, and Luxardo Maraschino cherries take the libation for a spin slight enough to allow the drink’s old-fashioned elements to shine through. 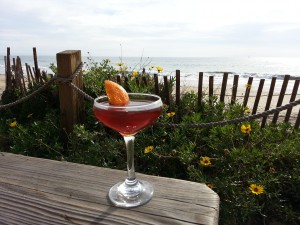 From an eating and drinking standpoint, few things feel finer than enjoying a traditional cocktail amongst breathtaking surroundings. Guests dropping by this Crystal Cove mainstay will experience this inimitable vibe whenever they enjoy a Rob Roy on the venue’s thatched patio and gaze out at ocean waters as they crash on the adjacent beach. This vintage concoction of Glenlivet scotch whiskey, vermouth, and angostura bitters originated in 1894 and is as traditional as cocktails get. This is also a prime example of how tasty an old-school libation can be when prepared properly. 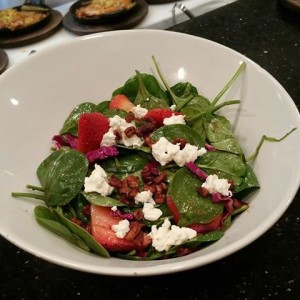 A quick lesson in booze: while not all whiskeys are bourbon, all bourbons are whiskeys. This is the kind of tidbit novices looking for brown spirit education can glean at this hip, happening gastropub. The venue’s impressive whiskey acumen is not only showcased by their mighty arsenal of bottles, but by Executive Chef Peter Petro’s ability to weave it into the menu as an ingredient. This latter aspect can manifest itself in surprising ways. Case in point: the Spinach & Goat Cheese Salad with Bourbon Chicken. The spirit-based glaze on the chicken gives the protein a subtly sweet depth that works quite well with the cheese’s tangy zing and the spinach’s earthiness. This dish is a great way to enjoy whiskey for lunch.

Ask where whiskey comes from, and the usual suspects will manifest: The U.S., Ireland, and Scotland. However, Japan has wedged itself into this conversation in recent years, and rightly so. If you need proof – 86 proof, to be exact – head down to this perpetually bustling Corona Del Mar gastropub and ask for a pour of Yamazaki 18 Year Whiskey. This single malt is primarily aged in sherry casks and produces dessert-like flavor notes, like honey, cinnamon, and fig, making it an ideal nightcap.

Scotch seems to be the final frontier in the world of whiskey for a lot of people. While Scotch can be a bit intense for those still developing their liquor palate, it can be sublime in the right drink regardless of your experience. The Flippin’ Scotch cocktail found at this Fashion Island venue is proof of this concept. Lead bartender Tucky Dias uses a base of Glenmorangie Sherry Cask scotch and skillfully builds layers of complex flavors brought forth by lemon, simple syrup, angostura bitters, egg white, and even a little red wine. The result is a delightfully refreshing cocktail your average Scotch skeptic can – and will – enjoy.

The classic elegance of this coastal Newport Beach steak and chophouse virtually demands the indulgence of a classic adult beverage. Their version of the Sazerac is an ideal choice to give this traditional tribute. In a way, its make-up of Bulleit rye whiskey, simple syrup, bitters, lemon zest, and St. George Absinthe is a new spin of sorts on the drink. The latter ingredient, which was an original component of the drink, was banned in the U.S. for nearly a century. Thus, you can say this drink proves the adage “everything old is new again.” 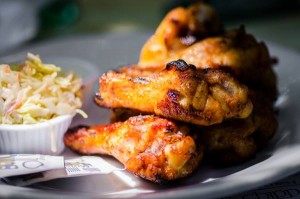 Chances are, you already know Muldoon’s is a great place to indulge in whiskey. After all, this lively pub near Fashion Island has been synonymous with St. Patrick’s Day in Newport Beach since it opens its doors in 1974. You may not realize, however, that their Irish Whiskey Drummettes are delectable. The slight sweetness of the whiskey glaze gives each bite a pleasant zing that instantly distinguishes them from the typical iteration of wings drowning in bright red buffalo sauce. They also pair quite well with a glass of whiskey, but you probably already figured that out. 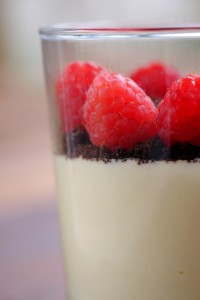 Whiskey may be famous for producing heat of varying levels to the back of one’s throat, but a proper blend possesses subtly sweet qualities that make them an ideal ingredient for dessert. The beverage’s meal-ending properties are on full display at this Corona Del Mar gastropub, where the spirit takes a semi-eponymous star turn in their Whiskey Sabayon. The spirit’s sharply sweet presence ups the decadence ante of this traditional French-by-way-of-Italian custard dish already made indulgent by raspberries and crushed cookies. Take heed: this exercise in edible sinfulness only lasts until the end of March.