Beat the Summer Heat with these Treats!

We are in the throes of summer. This means it’s time for the beach, barbecues, and extended instances of enjoyable dusk. It also means we’re figuratively melting into the city pavement, being bombarded with social media photos of dashboard temperature gauges, and regretting we ever complained about the previous winter’s California cold snap. If this latter part hasn’t happened yet, rest assured it’s only a matter of time before it does.

Of course, the discomfort of too much summer sun and heat is no match for the indulgence of cool treats. Just one nibble of icy cold goodness is all it takes to suspend the pains of pounding sun, as the soothing delights effortlessly transport your psyche into a land of parkas and visible breath. You know, the very things you may or may not have whined about in January.

There are plenty of places in Newport Beach that allow you to get your cool treat fix. From historic venues selling iconic culinary innovations to humble joints selling time-honored goodness, these places are prepared to help you beat the heat. 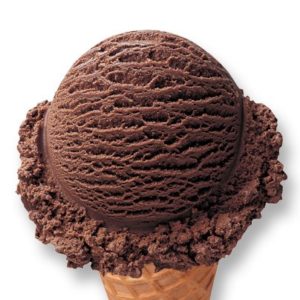 Baskin-Robbins – At least one point in the summer, the urge to have a straight-up ice cream cone is going to be too great to ignore. But scratching this itch doesn’t mean you must resign yourself to infiltrating pockets of tourists. This venerable ice cream parlor is conveniently located in northern Newport Beach, not too far from the Upper Newport Back Bay and sufficiently far from the maddening crowd. Once you’re here, celebrate by enjoying a classic scoop of Chocolate Ice Cream. Is it fancy? No. But it doesn’t need to be. It’s chocolate in cool, refreshing form. What more could you possibly want? 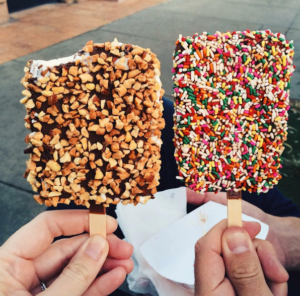 Dad’s Donut & Bakery Shop – Look, we know there’s a bit of a rivalry between this Balboa Island mainstay and the other location down the street (more on them later). We don’t want to get involved. Besides, we’d rather spend a little time reveling in the excellence of this spot’s iconic Balboa Bar than stoke the flames of controversy. This rectangular slice of heaven on a stick is a perfect study in contrast, as the hard, crunchy chocolate shell juxtaposes rather well with the soft-but-not-too-soft vanilla interior. It’s a sensation combination that can make you forget that you felt as if you were on fire five minutes ago. 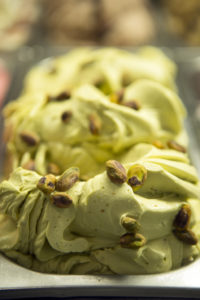 Gelato Paradiso – Sometimes, mere ice cream won’t do. You need something richer, denser, and more concentrated. These are the very same properties that makes gelato a special treat. This Fashion Island establishment whips up perfect versions of ice cream’s Italian cousin – good info to have handy when the need to cool off overtakes the desire to shop. The parlor’s Pistachio is about as properly Old World as gelato gets: It’s thick, creamy, and loaded with a nutty flavor that satisfies from first lick to last. 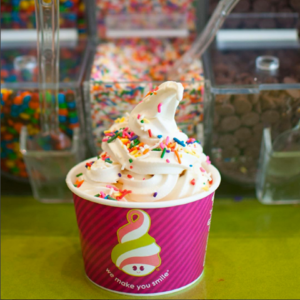 Menchie’s –  Poor frozen yogurt. While the substance is an ideal low-fat alternative to ice cream, we’ve developed a tendency to undercut its health by smothering it under an avalanche of candy bar shrapnel, rubbery fruit candy, and bits of other dessert. This only makes the treat less healthy, it also makes it too complicated. Sometimes, it’s best to keep things basic, and the Frozen Yogurt with Sprinkles served up at this Newport Coast gem provides a compelling reason. The colorful flecks add an aesthetic and textural pop, but they don’t interfere with the slightly tart, creamy bliss that awaits you with each spoonful. Your taste buds will thank you, as will your waist.

Pipeline’s North Shore Shave Ice – Let’s get things straight: When it comes to Hawaiian Shave Ice, there is no “d” at the end. It’s just shave.  Anyone that insists on adding the superfluous letter runs the risk of getting a browbeating by those that know better. But even if you mispronounce the item, don’t worry – it’s impossible not to enjoy the treat. This Balboa Peninsula mainstay does a terrific job of crafting this simple yet special goodie. A venerable rainbow of flavors is at your disposal here, from traditional fruit flavors like pineapple, cherry, and green apple to more unique flavors like cotton candy, butterscotch, and margarita. You can’t go wrong with any of them, even if you forget to drop the “d.” 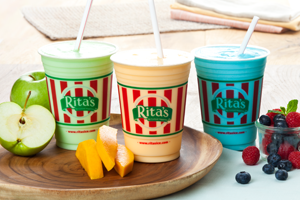 Rita’s Italian Ice – There’s a lot of familiar elements to Italian ice. It’s made in a way that’s reminiscent of ice cream. It has the consistency of a snow cone. It’s wealth of fruit flavors rivals that of sorbet. Yet these similarities add up to create a totally different way to cool off.  This Balboa Peninsula joint excels at bringing Italian ice’s familiar yet singular brand of refreshment to the masses. In some cases, they even go beyond the basics. Case in point: Their Misto offering, which combines the light, fruity delight of Italian ice with the rich, dense goodness of frozen custard. The intriguing mélange of texture and weight creates a dynamic flavor explosion; one your taste buds will ultimately find to be dynamite. 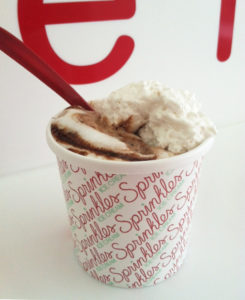 Sprinkles –  Hot chocolate in the summertime seems like a severe oxymoron. After all, it’s a foodstuff with the word “hot” in its moniker. Yet that’s what makes the Frozen Hot Chocolate treat served up by this Corona del Mar place so cool, pun intended. Everything that you love about a traditional hot chocolate is present and accounted for here, as the combination of steamed milk, hot fudge, dark chocolate ice cream, and marshmallow cream topping combine to create the proper flavor environment. The only difference, of course, is that it will cool you down instead of warm you up. Also, there’s no threat for your tongue to get burned. 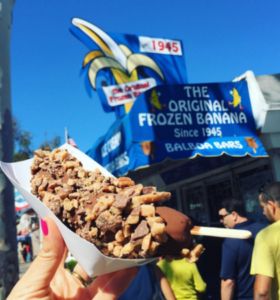 Sugar ‘n Spice – There’s always money in the banana stand. While “Arrested Development” made this saying a cult catchphrase, it bears witness to a truth that this Balboa Island mainstay has known since 1945. That’s the year their iconic Frozen Banana started putting smiles on the faces of overheated souls looking for a unique way to find relief from sweltering temperatures. While a lot has changed in the 72 years since the joint opened, the dessert itself has stayed the same. It’s still made-to-order, the bananas are still hand-dipped twice in milk chocolate, and the drenched fruit is still rolled in your desired topping. The fruits of enjoying this frozen delight have stayed the same, too – eating one is virtually guaranteed to put a smile on your face.