These Places Put the “New” in the Newport Beach Dining Scene

Spring is more than a season. It’s a symbol for renewal, rejuvenation, and freshness; one where the mundane and routine give way to shiny, exciting possibility. This proverbial dawning of a new day is perhaps more prevalent in the restaurant scene. After all, a new venue is ripe with the promise of new flavors, unexplored dishes, and the sense of uncharted adventure that ultimately makes life worth living.

In Newport Beach, the opportunity to partake in such fun-fueled epicurean newness abounds, as an eclectic host of shiny new joints have opened their doors in recent months. And “eclectic” is the key word here: from quaint sidewalk bistros to old-school butcher shops, these fresh-faced venues have turned Newport’s food scene into a “Choose Your Own Adventure” book. So let’s make the unknown known, shall we?

The Butchery – The word “artisan” gets kicked around like a soccer ball in a London alley. Yet it’s still the perfect word to describe a butcher. Each cut, slice, and chop must be precise and pristine, lest a beautiful hunk of meat is left to be imperfect in the eyes of those holding the cleaver. If you want to see some meat-driven artistry in action, head to Crystal Cove and pay a visit to these guys post-haste. Just as they do in their older Costa Mesa and Brea outlets, the seasoned butchers will hand-cut high-quality meat to meet your exact specifications. The meats being butchered include a long list of products from purveyors that your favorite restaurants like to tout, like Jidori and Snake River Farms. The shop also sells all kinds of other handcrafted culinary goodies too, from cheeses to funky stuff like honey chutney. 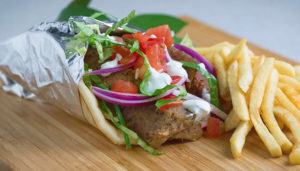 Forte Kabob – A good kabob represents the apex of Mediterranean cooking. The ingredients are simple and fresh, the dish’s presentation is unfussy, and the flavors entice the complete palate. This brand new Balboa Peninsula spot delivers on these points, just like a proper kabob should. The menu branches off into other avenues of Mediterranean fare, like gyros and hummus appetizers, which are prepped with the same mantra of basic freshness in mind. It’s perfectly suited for a casual day of Newport leisure. 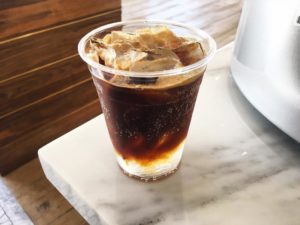 Honor Coffee Roasters – How do you make a lazy morning overlooking Newport Harbor better? With a killer cup of Cappuccino, that’s how. This top-notch take on the eye-opening morning beverage is just one of the ways this cozy little coffee shop within Lido Marina Village is poised to divert you from hitting that one place with the mermaid logo all the time. While the coffee can cajole you to stop by, the design of the shop will compel you to stay a while. Stark, minimal, and airy, this place will make you feel the harbor’s breezy bluster without having to sit outside. 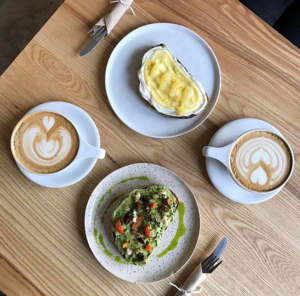 Kit Coffee – Community, coffee, and toast. This is the motto of this multi-roaster coffee shop in Westcliff; a section of town known for rocking a deep communal vibe. That last word in their slogan may raise an eyebrow or two, particularly if you think of toast as mere bread that you toss in a toaster. These slices come slathered in all kinds of complex goodness, such as chunky avocado with bright bursts of tomato. They’re also offering a nice array of pastries, in case you’d prefer something a little sweeter with your cup of finely crafted brew.

Mr G’s Bistro – Balboa Island’s Marine Avenue has an abundance of cool stops and fun destinations: Boutique clothing stores; funky art galleries; even iconic frozen bananas. The only thing missing was a proper casual bistro. Enter this intimate location, whose globally inspired menu is built to evoke fond memories of Old World Sunday Suppers, where time stood still and daily pressures held no quarter. In a sense, it’s an extension of the very vibe that acts as the engine that drives the tiny island’s soul. 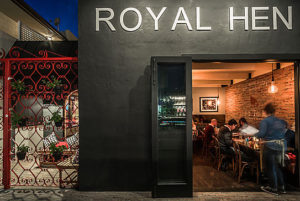 Royal Hen – Okay, so maybe Balboa Island was missing a restaurant with kicked-up pub sensibilities, too. Well, it doesn’t anymore, thanks to this compact venue. Indeed, the space is rather intimate. But what it doesn’t possess in size it more than makes up for in forward thinking contemporary dishes and a killer beer and wine list. It also has an Orange County restaurant legend running the show in Tim Goodell. Prior to launching Royal Hen, Tim had his hand in opening a whopping 27 other dining venues, including A Restaurant and Aubergine. He’s intent on making number 28 a cozy neighborhood hangout; so far, it’s working out splendidly. 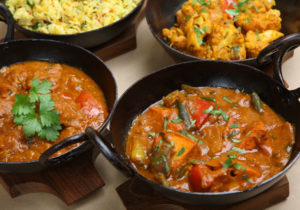 Saffron Cuisine of India – Mariner’s Mile can be a visually busy stretch of Newport Beach. There is so much flash, pop, and harbor-fueled pizzazz flanking either side of PCH, the humble places could be easily missed. Yet this new place is worth cutting through the big, brazen stuff to visit. The family-owned Indian restaurant espouses the joys of traditional dishes made with simple ingredients and complex spice compositions, which bring forth memorable dishes that give every corner of your palate a workout. Some of the spices used in these dishes contain cleansing properties. 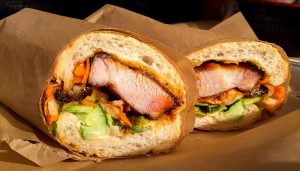 Saigon Beach – The bahn mi is second only to pho when it comes to defining Vietnamese cuisine. If you’re going to put one on the menu, it better be proper. The one offered by this new Balboa Peninsula venue is about as correct as it comes. This classically assembled pork and veggie sandwich is perfectly representative of the traditional fare you can expect to find here, including spring rolls, vermicelli rice noodle bowls, and of course, pho. This is a good thing, as the flavor of each dish eagerly informs you why they they’re traditional.

zinqué – This cool piece of the revitalized Lido Marina Village isn’t just an L.A. import. It’s a place whose two original La La Land locales are in the dual hipster hangouts of West Hollywood and Venice’s Abbot-Kinney neighborhood. Don’t let this intimidate you, though. Fact is, the bearded skinny jean and ironic T-shirt set know a thing or two about food. And there is a lot to get to know at this waterfront spot, from healthy frittatas at breakfast to French-inspired dinner items like ratatouille and moules frites. Think of the spot as an L.A. place with a definitive Newport Beach vibe.