Are You Ready for Some Football Food?

After six long, cruel months, NFL football is back. The upcoming season brings a huge assortment of questions which can only be answered slowly, one week at a time. Will the Philadelphia Eagles suffer from a Super Bowl hangover? Do Tom Brady and Bill Belichick have one more run toward the Lombardi trophy left in their tank? Will the Cleveland Browns win a game this year? Locally speaking, will the Rams make it to the Big Game? If the Chargers make it, how many people in the greater Los Angeles area will actually care?

These are all important questions. If you live in Newport Beach, however, one inquiry remains: Where can you go to watch the action? Fortunately, the city provides you with several choice answers, none of which require you to leave its tranquil borders. From legendary Peninsula dives to more refined waterfront digs, you’ll have plenty of options to cheer on your favorite team, boo their arch-rivals, and curse out that one player you should never have drafted for your fantasy football team. (This last bit will happen to you if you play fantasy football, by the way. It always happens. It’s an unwritten rule or something).

A&O Kitchen+Bar – Typically, thoughts of catching the game somewhere feature loud parties emptying pitchers of beer and mowing down on various forms of finger foods. We love those places, but we also understand that there are times when your gridiron fandom needs a bye week from such shenanigans. Enter this waterfront gastropub, nestled in the corner of the Balboa Bay Resort along Mariner’s Mile. This place and its outdoor Newport Harbor-facing waterfront create a chill vibe that permeates through its main indoor dining room and bar area, which collectively feature enough TVs to allow you to get your game on in a Zen-like state. The food served here goes beyond the realm of your typical pub grub, too. For example, their fried chicken with Mexican street cornbread and cole slaw may not be something you thought you wanted while watching a game, but one bite is all you need to convince you it’s something you’ve always needed. 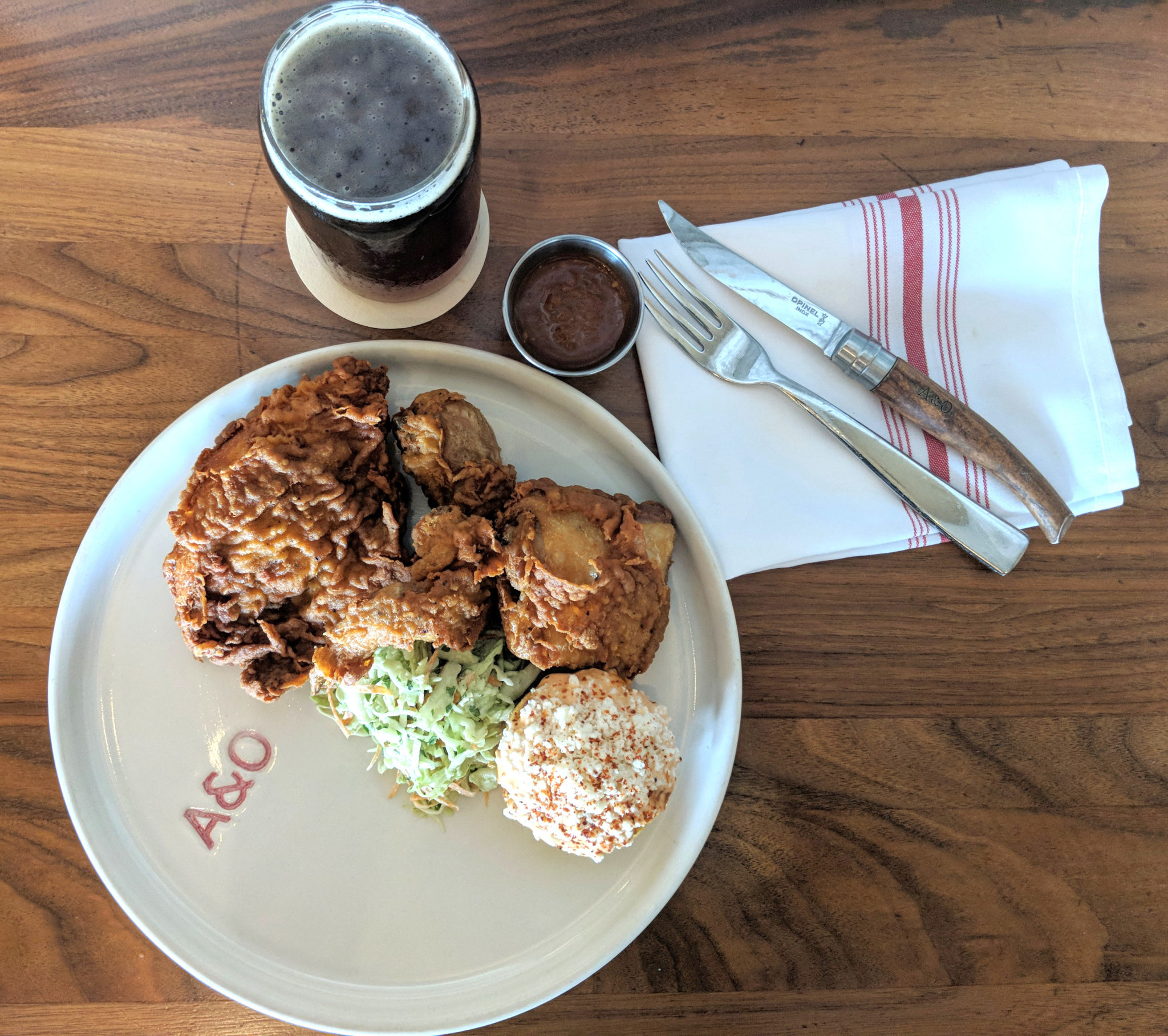 Classic Q – NFL football lends itself nicely to multi-tasking. There are about 30 to 40 seconds between plays, and the frequency of commercial breaks borders on the insufferable. These pauses make engaging in some billiards with your buddies during the game feel downright practical. You can squeeze off a couple of quality shots between plays if you’re decent, and a whole lot more shots when the TV blasts you with a stream of car, investment firm, and medication ads. In Newport Beach, there’s no better place to play a sport while watching another one than this venerable Airport District venue.  Of course, shooting pool while a team lines up in shotgun formation requires easy-eating food. The venue knows this, which is why they offer hand-held goodies like their chicken drumettes tossed in your choice of buffalo, BBQ, or teriyaki sauce. Just make sure you wipe your hands clean before you attempt to sink your next shot.

Cruisers Pizza Bar Grill –When you have friends over to your house for Monday Night Football, ordering pizza to share practically feels instinctual. That’s because pizza is arguably the world’s most agreeable food. Everyone is going to be happy if you order two or three pies to scarf down during the contest. So why not bring that sense of happiness to your Sunday football watching? A trip to this Balboa Village restaurant will do this trick quite nicely. Because the joint is steeped in Midwestern sensibilities, it will also give you the chance to order something out of the ordinary – namely, their original stuffed pizza pie. This Chicago-style deep dish comes loaded with fresh mozzarella and topped with a homemade sauce, just like they serve in the Windy City. Sure, it may dredge up the long-standing “Chicago vs. New York” pizza debate, but such chatter will cease the moment something cool happens in the game you’re watching.

Mutt Lynch’s– This Balboa Peninsula joint may offer Newport Beach football viewing in its purest form. Every Sunday during football season, people dressed in jerseys gather around the self-described dive’s carved-up wooden tables, order pitchers of beer, and look up. That last step is all you really need to do if you want to catch a game here. TVs are everywhere are nearly as ubiquitous here as the raucous fans, making it possible to be surrounded by football action from 10:00 AM until whatever time the Sunday Night Football game ends. That’s a lot of time, but the kitchen provides you with more than enough options to keep you satiated. If you do make your visit here an all-day affair, you should do yourself a favor and order up a round of cheeseburger nachos at some point. It’s as advertised – a generous heap of ground beef, bacon, lettuce, tomatoes, onion, and cheese sauce smothered over a pile of tortilla chips. It’s not fancy food, but it’s unquestionably football food.

Muldoon’s Irish Pub – Unlike the East Coast, West Coast football fans don’t have to languish until early afternoon before they can enjoy some Sunday gridiron action. Games here start at 10:00 AM, which puts kickoff right at the start of Sunday brunch in some places. This legendary Fashion Island restaurant is one of those venues, and they have a wealth of delicious breakfast and lunch items for you to peruse. If you’re here for the morning contests, their Tavern omelette will keep you stuffed until well into the second round of games. Stuffed with bacon, cheddar, jack cheese, mushrooms, and tomato and accompanied by fruit or fries, it’s a plate that will make you happy even if your favorite team’s performance does not. 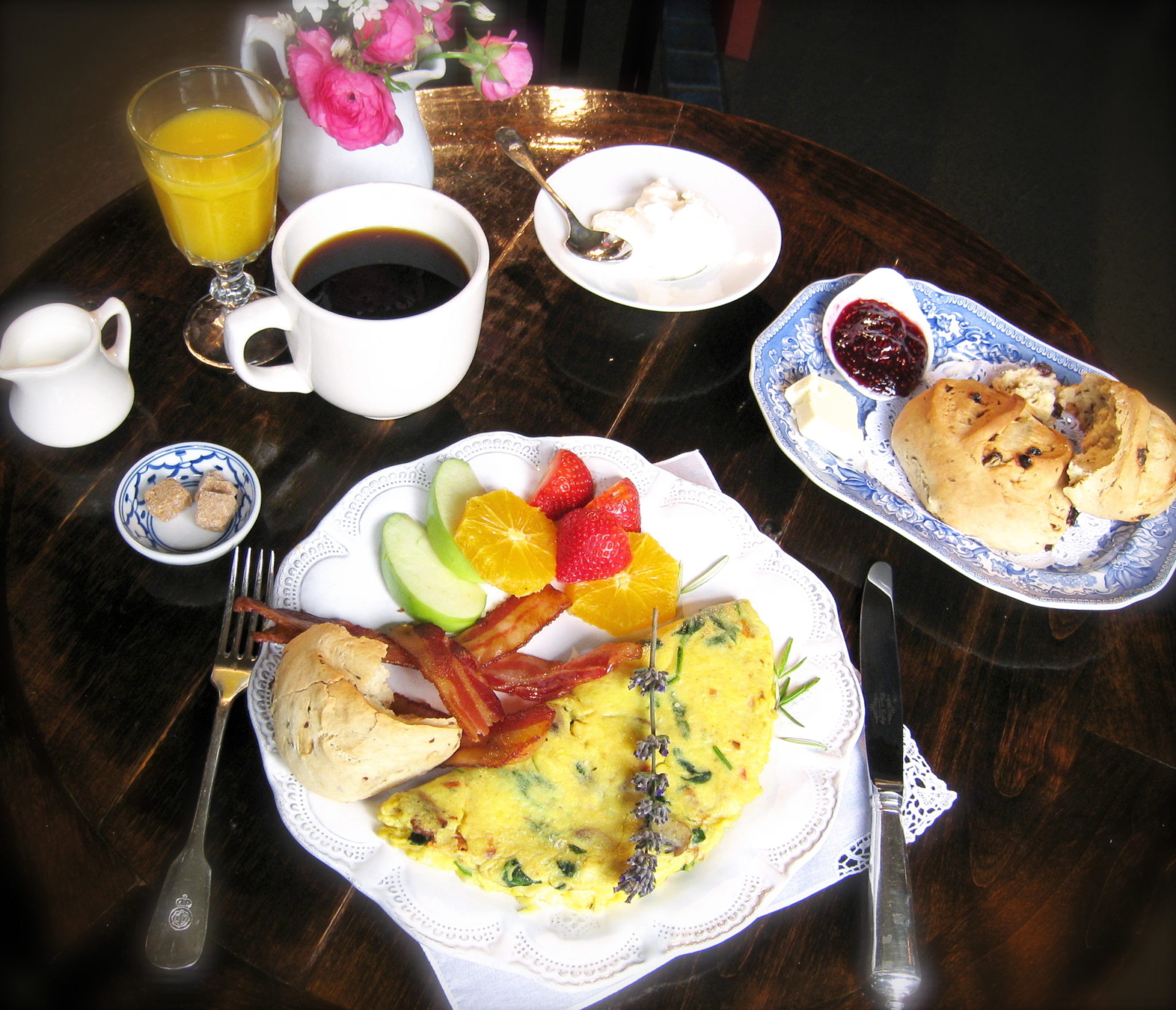 Village Inn – It may not seem possible after the summer we’re having, but the weather in Newport Beach will get cooler one day. Not as cold as it may get on Green Bay’s frozen tundra of Lambeau Field of course, but cold enough by Newport Beach standards. When that happens, you’ll probably be in the mood to indulge in something to warm you up while you watch the game. The bowl of homemade black bean chili whipped up by this popular Balboa Island restaurant will hit you right between the numbers. It’s a simple chili, one that features ground beef, scallions, cheddar cheese, and sour cream to go along with the star legume. But just like a clock-eating drive that chews up four yards at a time before hitting paydirt, it’s as effective as it is satisfying.