The Balboa Peninsula extends for over three miles along the Pacific Ocean and manages to pack in plenty of excitement. Surfers, sunbathers, bikers and runners all flock to the sand and “Boardwalk,” particularly during summer. Most of the action centers on Newport Pier and Balboa Pier, though you’ll find an assortment of interesting food options between Main Street and 23rd Street. 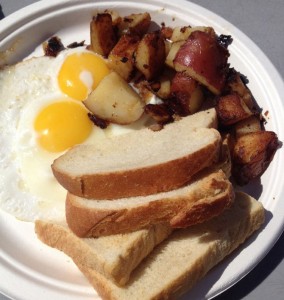 Stuft Surfer Café
Eat with your toes in the sand at this legendary beachfront breakfast and lunch spot, which dates to 1963. Order at the window, then retreat to a picnic table, which is shaded by red and blue umbrellas and towering palm trees. Chef Hector Vega prepares a bunch of belly-busting dishes that will help fuel just about any outdoor activity, including Belgian waffles with whipped butter and maple syrup, a pancake sandwich with bacon and eggs, or a breakfast burrito with eggs, cheese, potatoes and salsa. Later in the day, after working up an appetite, lunch yields comforting sandwiches and hot dogs. 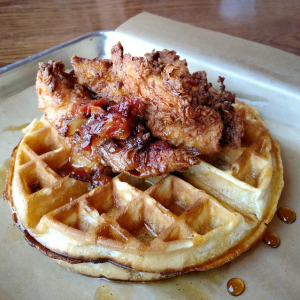 Charlie’s Chili
This ultra casual eatery by Newport Pier features a red and white color scheme, sidewalk tables with plastic green chairs and chili in several iterations. Charlie’s Chili dates to 1967 and has been run by the Farman family since 1988. Breakfast is served all day within clear view of the Pacific Ocean. Chili is also available with cheese fries, on a giant hot dog, and bursting from “possibly the world’s greatest chili cheese omelette.” Every Wednesday, indulge in all-you-can-eat chili for $9.99, which comes with garlic toast, cornbread or French fries. Charlie’s also sells Mexican food, burgers and sandwiches. 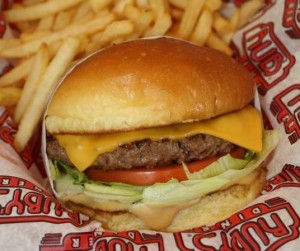 Ruby’s Diner
This nouveau retro diner is located at the end of Balboa Pier. Basically, there’s no better view of the Pacific Ocean anywhere in Newport Beach. They even have tables on top of the restaurant to maximize the views. If you must eat indoors, you’ll find Formica tables and vinyl booths. Half-pound burgers with “refillable” fries are a strong play, whether it’s a hamburger riff on the Cobb salad or a fiery Sriracha Burger with pepper Jack cheese, jalapenos, Sriracha, Sriracha mayo, and thick-cut bacon to boot. They also serve breakfast all-day, and it would be tough to leave without trying a sundae or shake. 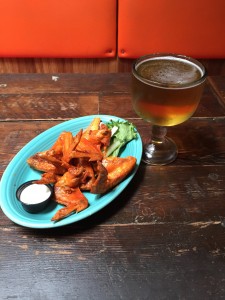 Mutt Lynch’s
Mutt Lynch’s is a beachside standby that dates to 1976 with block brick walls and a surfer vibe. The menu is pretty diverse. For breakfast, they’re best known for the California Benedict with tomatoes, sliced turkey and house-made Hollandaise; and the No Faces Omelet (“no faces were harmed in the making of this omelet”) that mixes mushrooms, spinach, onions, bell peppers, and tomatoes. The toppings: Jack cheese and fresh-sliced avocado. Later in the day, Pterodactyl wings are massive and tossed with a choice of spicy wing sauce, BBQ sauce, garlic Parmesan mix or “nuclear” sauce. Ooh la la Amburgaire is a French riff on the hamburger with molten Brie cheese, spring mix, cranberries, bacon, mushrooms, garlic mayo and grilled onions on a Kaiser roll. To drink, it’s all about the 32-ounce schooners, which are popular when filled with Spicy Bloody Mary, Mimosa or Hibiscus (mimosa with cranberry juice instead of orange juice). 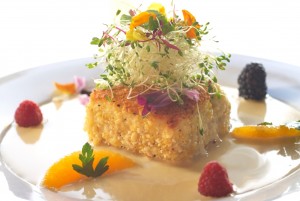 Fly ‘N’ Fish Oyster Bar and Grill
This seafood-focused restaurant is located by Newport Pier and across a parking lot from the sand and Pacific Ocean. Yes, the views are spectacular. It’s also fun to cozy up to a cushioned red stool at a curved marble bar, where they display black-and-white photos of summers past on a brick wall. The restaurant doesn’t actually have flying fish on the menu, but executive chef Julio Hawkins does draw most of his menu from this sea, including macadamia encrusted halibut with roasted fennel and Grand Marnier fumet; shrimp and scallop scampi served over wild forbidden rice; and fresh catch like swordfish and Skuna Bay salmon, all broken down on-site and grilled to order. 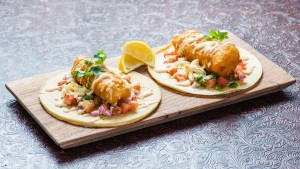 Baja Sharkeez
The Newport Branch of this waterfront chain features decorative surfboards, palapas above the bar, and plenty of flat-screen TVs. Signature menu items include malt-battered mahi mahi filets that are deep-fried, dressed with queso blanco, pico de gallo and chipotle crema and served on a griddled corn tortilla. Tri-tip is another crowd pleaser, marinated and grilled to order over mesquite. The Cheesy Hawaiian Burger has nothing to do with Baja, but has been a hit by combining grilled pineapple, applewood-smoked bacon, queso sauce, pepper Jack cheese, caramelized onions, house-made teriyaki glaze and garlic aioli on King’s Hawaiian bread. No cantina would be complete without prodigious drinks. The Great White Margarita and Shark Attack, a gargantuan 84-ounce cocktail bobbing with souvenir shark toy, are both popular.

The Blue Beet
This legendary jazz joint and restaurant dates to 1912. The space sports brick walls, a worn wooden bar fronted by black and white checked floors, and a small stage for live music. Bacon-wrapped filet mignon with green beans and creamed corn is a favorite, as is halibut crusted with Parmesan breadcrumbs and pesto. Depending on the night of the week, you’ll find dinner specials like Prime Rib (Sunday), Baby Back Ribs (Wednesday) and Filet Tips (Friday). Martinis, always shaken, never stirred, make frequent appearances on the dance floor, as do craft beers like Hairy Weasel Hefeweizen and Raging Rhino Red from Irvine’s Steelhead Brewing Company. 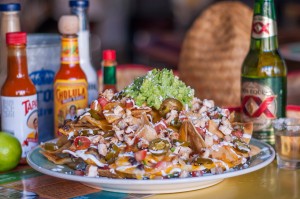 Cabo Cantina
It’s always a party at Cabo Cantina’s Newport Beach branch, which resides on the corner of Peninsula Park, right at the base of the Balboa Pier with a front row seat for people watching on the Boardwalk. Palapa style fringe and sea blue walls are designed to make you feel like you’re in the middle of southern Baja action, and the mega margaritas are the size of small volcanoes. Tacos, burritos and sizzling fajitas are all popular. So are bowls of queso and Sunset Rolls, which also go by taquitos and arrive bursting with chicken, black beans and jalapenos. 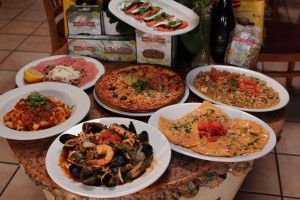 Il Farro
Domenico Maurici offers a diverse menu at this Italian restaurant on a corner near the Newport Pier, where the patio faces palm trees and the rippling surf. Inside, you’ll sit between art-lined walls and shelves that are practically bursting with wine bottles. The restaurant’s signature grain, which is strong in vitamins, magnesium and antioxidants, factors into several pasta shapes, along with a play on risotto called Farrotto. Considering Il Farro is close to the sea, don’t be surprised to learn that fish and shellfish play prominent roles on the menu. So does pizza, because it’s so popular. Maurici also owns nearby Il Gelato Caffe, which is great for dessert.