A classic cocktail is said to be any found in Jerry Thomas’ 1862 “Bar-tender’s Guide,” the first book of its kind ever published. The New York City saloon operator and bartender became known as “the father of American mixology” for his knowledge on the subject, as well as his passion for preparing drinks. His bible of what to imbibe features a long list of libations that remain popular today, and has inspired the creation of new cocktail manuals with more modern mixes. In Newport Beach, many bars and restaurants serve these classics in their authentic form — while others enjoy reimagining some of our old favorites. 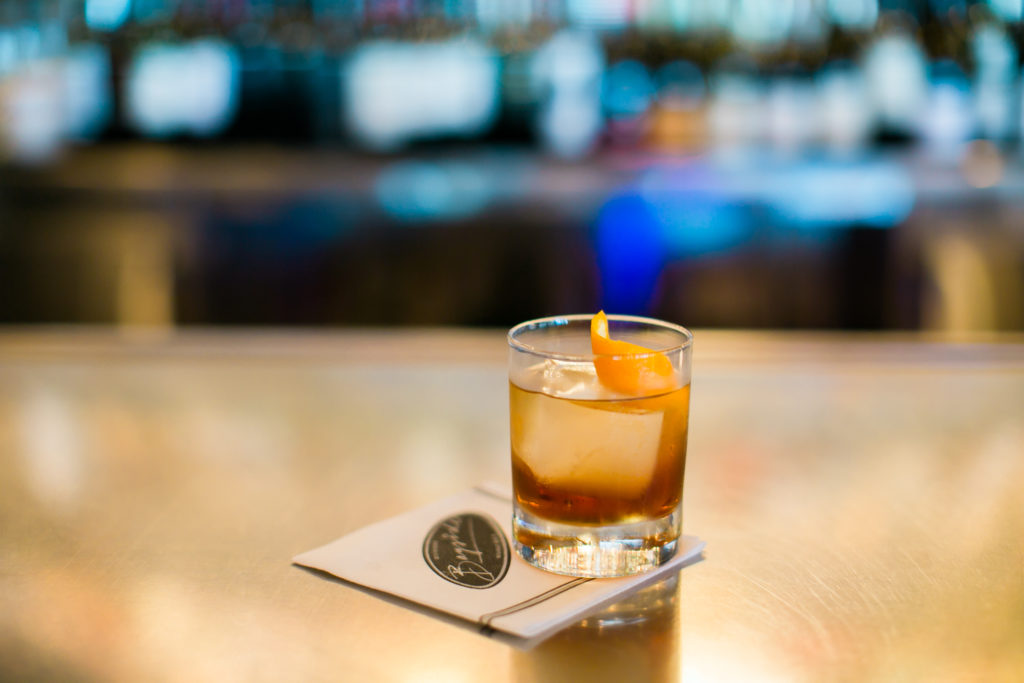 The Old Fashioned
This classic cocktail can be traced back to the early 1880s, when a bartender in Louisville, Kentucky prepared the drink for members of a private social club. He later popularized the drink in New York City, and it’s become a bar staple ever since. Once labeled an “old-timers drink,” the new Old Fashioned is back in style among all ages thanks to a recent trend in craft cocktails, says Cameron Mealey, manager of Dining is Art at Bayside Restaurant. Here at Bayside, she puts a twist on this old favorite —traditionally made with muddled sugar and angostura bitters, and then mixed with American rye whiskey or Bourbon — called Granddad’s Cocktail. In a mixing glass, Bayside’s bartenders whip brown sugar, angostura bitters, and orange bitters into a paste, and then stir (or shake) Templeton Rye Whiskey and Benedictine over ice. Last, they use a vegetable peeler to add a twist of orange peel and garnish the cocktail with a Luxardo Gourmet maraschino cherry. 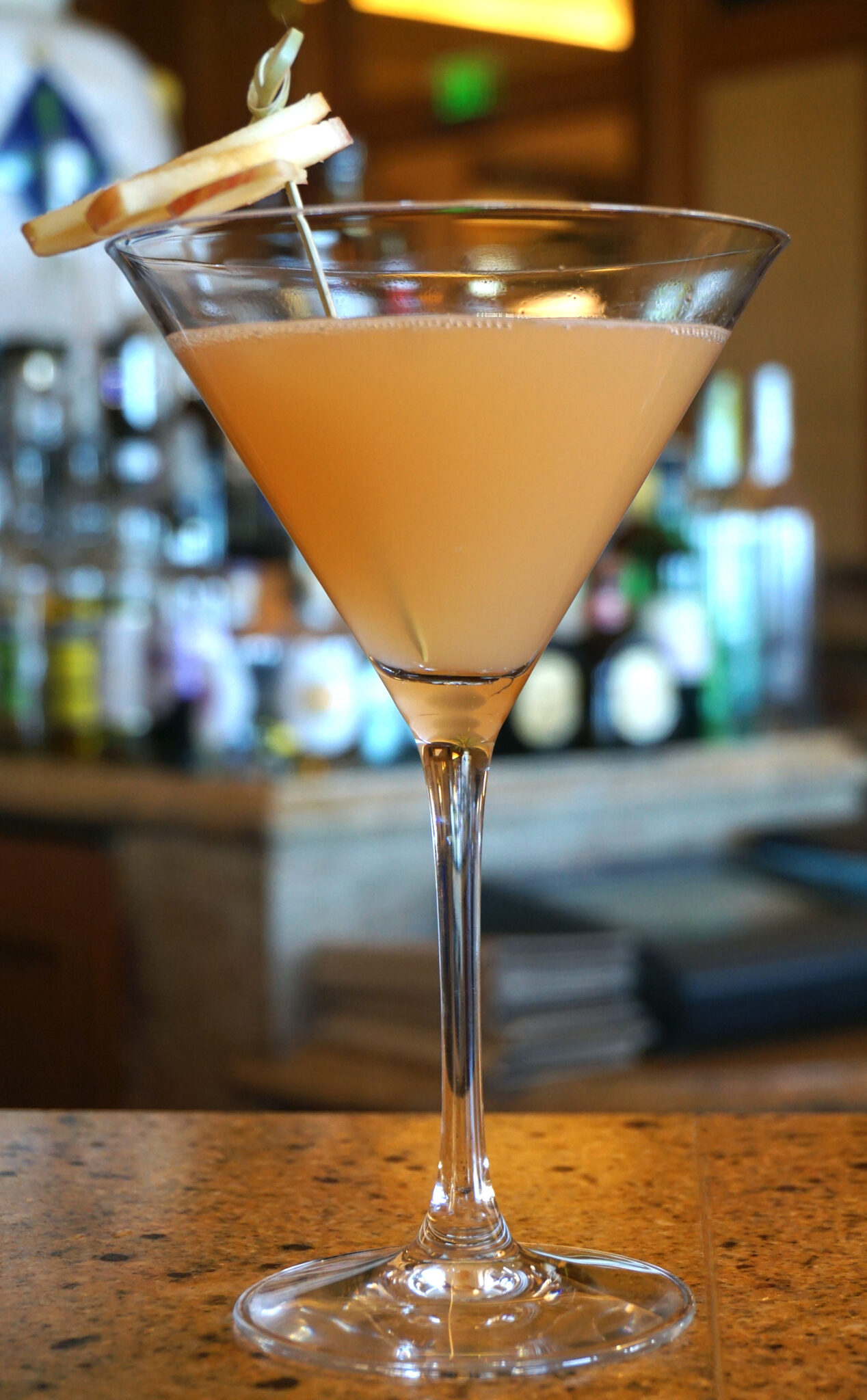 The Sidecar
Also published in Harry MacElhone’s 1919 publication, “ABC of Cocktails,” this classic was likely served in MacElhone’s own Harry’s New York Bar in Paris, says James D’Arcy, Beverage Manager for The Resort at Pelican Hill. “MacElhone credits the drink to Pat MacGarry, ‘the popular bar-tender at Buck’s Club in London.’ In the 1920s, the Sidecar was made of equal parts Cognac, Cointreau, and lemon juice. “If you try making this recipe today, you will find that it’s on the sour side of balanced,” D’Arcy says, “and you can see why it was popular, and indeed necessary, to have a sugar-coated rim.” This equal-parts recipe is now considered to be the “French school” of Sidecars, due to an alternate formula offered in Harry Craddock’s 1930 “Savoy Cocktail Book,” wherein he offers a recipe of 2 parts Cognac, 1 part Cointreau, and 1 part lemon juice known as the “English school” of Sidecars. “David Embury [who authored the 1948 guide titled “The Fine Art of Mixing Drinks”] felt that the “French school” recipe was ‘the most perfect example of a magnificent drink gone wrong,’ and whilst he does not comment upon Craddock’s recipe, he offers his own that uses less lemon than both and is much drier all round.” At Pelican Hill, D’Arcy keeps with the tradition of using recipes from London, and has revisited a variation on the Sidecar that was created by a colleague, Nathan Merriman, for Remy Martin in 2013. “His Can-Can utilized Creme de Peche, Swedish Punsch, and honey water in lieu of Cointreau. I decided to tip the hat to the past by reintroducing Cointreau instead of the Swedish Punsch, and to add a dash of chocolate bitters.” D’Arcy shakes the mixture well with ice, which is then double-strained into a chilled coupe. Last, it’s garnished with a peach fan on a cocktail stick. 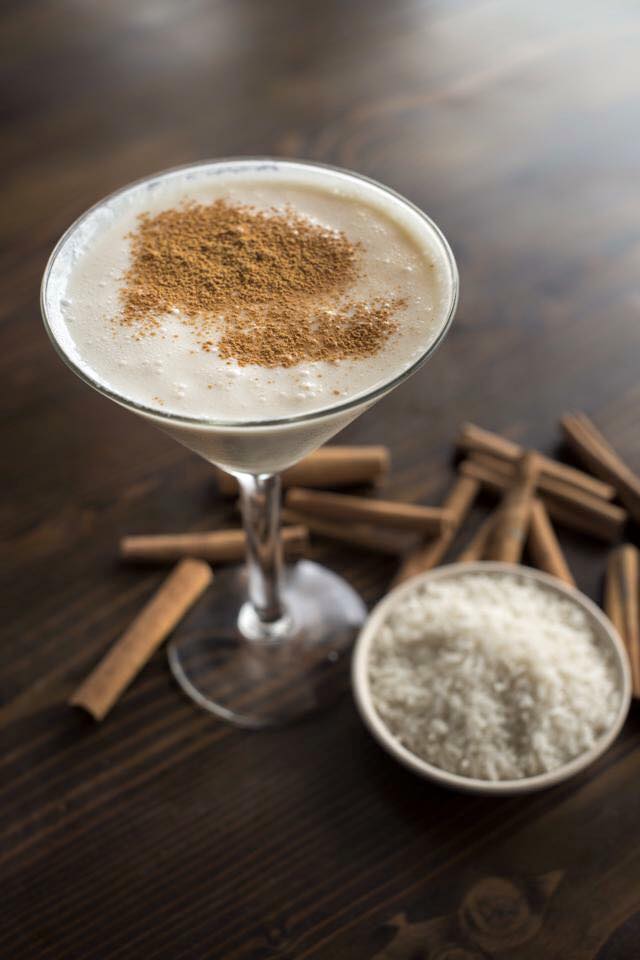 The Martini
The history of this sexy classic is a bit hazy, but one theory asserts that it originated with Thomas at San Francisco’s Occidental Hotel, where he created the concoction for a miner during the Gold Rush in exchange for a gold nugget. Thomas named it for the city of Martinez, California, where the miner was headed. Traditionally taking cherry liquor, a few drops of bitters, Old Tom gin, sweet vermouth, and a slice of lemon, the martini has been reinvented over time. Today it is known as a mixture of gin and dry vermouth, with an olive or twist of lemon, and served in a V-shaped stem glass. The modern martini is often served with vodka, fruit, chocolate, espresso, and other wild ingredients. At Newport Beach’s SOL Cocina, the martini gets rather sweet with one of Beverage Director Colin Pflugradt’s favorite drinks: Horchata. “I grew up drinking Horchata and have always to make a cocktail with it,” he says. At SOL, the almond- and rice-based mixture is made in-house. (“We tried 20 recipes before settling on one we loved!”) He infuses Don Julio Tequila with Good Earth Spiced Breakfast Tea, and then adds the Horchata and 1921 Crema — “it’s like the Bailey’s of tequila,” he says. The Horchata Martini, as it’s named on the menu, is shaken and served “with a light dusting of cinnamon.”