Craft Beer Served Up in NB

An emphasis on seasonal, high-quality ingredients has become more prominent in the food world, so it should come as little surprise that the same ethos is extending to beer. Newport Beach has embraced craft beer, with restaurants and bars rotating taps while serving premium bottles and cans. Check out these spots to find craft beer in OC’s favorite seaside city. 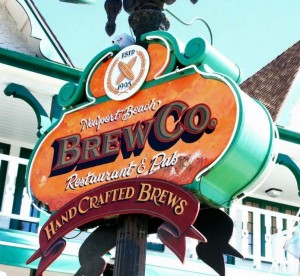 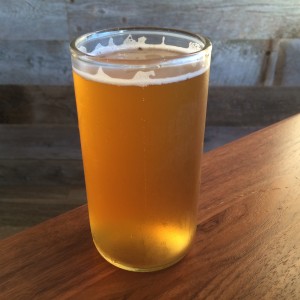 This waterfront gastropub inside the Balboa Bay Resort celebrates nearby Anchors and Oceans, features a relaxing outdoor patio that faces boats on the bay. A&O has eight beers on draught, including California favorites like Ballast Point and Firestone Walker, plus three seasonal taps and a small selection of bottled beers. Most of these beers qualify as craft. The restaurant even offers four-beer flights of your choice, which you can pair with comforting bites like chicken wings, the Kobe burger or baked lamb meatballs. 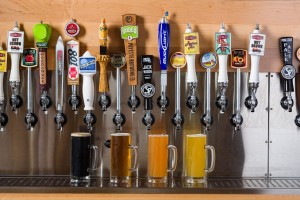 ParkStone, which also has outposts in Portland, Oregon, and Farmington, Utah, opened in Newport Beach in 2015. The restaurant is clearly ambitious, since they serve three meals daily in a predominately brick and wood space, starting with breakfast tacos, chicken and waffles and cinnamon roll French toast. Later in the day, share plates, burgers and sandwiches are pairable with 50 taps. Handles emphasize California craft, though you’ll find international hall of famers like Guinness and Chimay. Beer flights are in the works.

Bear Flag Fish Co.’s original Lido Peninsula location is better known, but owner Thomas Carson also has an outpost in Crystal Cove. The space features a smooth coat stucco front with umbrella-shaded tables and an interior with a glass-fronted case displaying fresh fish to cook at home or enjoy in-house. Bear Flag doesn’t have any taps, but 12 bottles from craft breweries like Ballast Point and Saint Archer allow customers to team fish tacos, poke and sushi with some winning sips.

Steve Geary’s sister restaurant to Crow Bar and Kitchen is located in a strip mall right at the beginning of Balboa Peninsula. The space features exposed wood beams, a blackboard menu, lime green flashes, and of course serious burgers. Gary McClain manages the craft beer program, which spans 32 taps and over 20 bottles. Most beers originated in the U.S., except for the occasional beer from Canada or Belgium. California gets the most craft beer love, with handles devoted to Pasadena’s Craftsman Brewing Co., San Diego’s Alpine Beer Company, and Huntington Beach’s Four Sons Brewing. 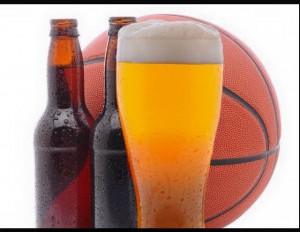 This pizza parlor and sports bar, the second location in a local duo, resides near Newport Beach Golf Course and the Back Bay Loop. Swing by Original Pizza II after a round or walk. Climb upstairs and enter a space with wood tables, flat screen TVs for watching sports, and a wall-mounted menu. Food is limited to pizzas, salads and appetizers, most of which are fried. Bar manager Ryan Turrentine oversees eight taps in the establishment’s Anchor Bar, along with bottles and cans of PBR, which get a craft pass.

This casual brick-walled eatery has been located in the back of Whole Foods Market at Fashion Island since 2012. This tavern features TVs for watching sports and an old bar sourced from New York. Restaurant supervisor Jeison Argueta rotates 24 taps, including specialty kegs. He also programs weekly tap takeovers, either Tuesday or Wednesday, tapping four kegs at a time from breweries like New Belgium, Stone Brewing, and Smog City. Those nights, Back Bay offers four-beer flights, sometimes with a logo glass to take home. Whole Foods also stocks an aisle with bottled and canned beer, which you can drink on-site with options like the Tavern Burger, fish and chips or chicken sandwich. 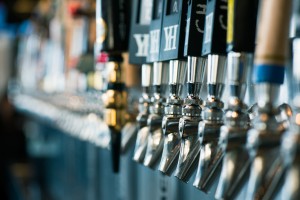 Steele Platt founded the first Yard House in Long Beach in 1996 and sold the company to Darden Restaurants in 2012. Each location features over 100 different beers on tap, and the man who keeps the beer flowing is beverage manager Greg Howard. Each spring, Howard and his team conduct an intensive Beer Review, which covers topics like the Chalkboard Series, which showcases small-batch, seasonal and highly allocated beers. That initiative has allowed Yard House Newport Beach to snag rare beers like Dogfish Head 120 Minute IPA, which registers a whopping 120 IBUs, and New Belgium Le Terroire, a tart lager dry-hopped with Nugget hops.