Let’s admit it– Chefs have their “favorites”– their coveted sharp knives, the wiz-bang kitchen gadgets, a password protected list of vendors, and yes, their prized ingredients to make a special dish just pop with flavor. So we set out to learn just what their favorite arsenal is, in the secret world of Chef-driven ingredients. We were also fortunate enough to sneak a few recipes along the way so we could share them with all of you to try at home!

Meet Chef Louie Jocson, the Culinary Director at Zov’s Bistro in Newport Coast (and also locations in Anaheim, Irvine, Tustin and Santa Ana/John Wayne Airport). Working with Zov, Louie has developed a real love for the Mediterranean and Moroccan spice rack. He described two of his favorite, and not often used spices. The first is Urfa Pepper. This is a dried Turkish chili pepper. It is actually a red pepper, but it is dried to a dark maroon color on the plant. Then it is sun-dried during the day and wrapped tightly at night. The flavor is best described as a smoky, raisin-like taste. Louie has many uses for this pepper–he uses it dried and ground finely to finish a soup, risotto or in an herb butter to finish a grilled steak. He also sprinkles it on vine-ripened heirloom tomatoes with a little coarse salt. He even uses it to adorn plated presentations.

The other spice that Louie holds close to the chest is Sumac (which means red in Arabic). This is a red fruit from a small shrub, and the clusters are called sumac bobs. These bobs are dried and produce a tangy crimson spice. This is most commonly used in Middle Eastern cuisine and has a lemony taste. It is superb on fish, salads and meat. Louie kindly shared a recipe with us for his Sumac-Crusted Sea Bass with Spinach and Shaved Brussel Sprouts.
Zov’s Bistro- Newport Coast 949.760.9687 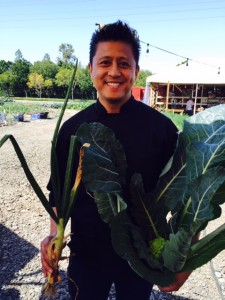 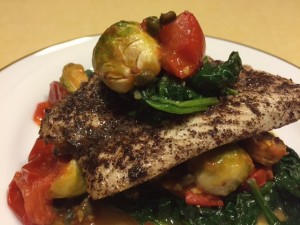 Next, we spend some time in the kitchen with Chef Brent Omeste who is doing incredibly inventive creations at Cucina Enoteca in Fashion Island. Chef Brent presents a plate of white gnarled pods. These are Sunchokes, and are actually the base of sunflowers. They are also called Jerusalem Artichokes, and are grown– yes you guessed it, in Jerusalem. They are imported by many purveyors of produce here locally. Who knew? Brent sprinkles these throughout the menu, and currently uses them in two unique ways. The first is as Chips which are placed atop Artichoke and truffle hummus and served in mini-mason jars with pane misti (toasted breads). For this appetizer, they shave them finely, and deep fry them. Chef Brent likes to cross-utilize such specialties. A second use is offered as a special, and that is a sunchoke vegetable dish, served with hazel nuts, brown butter, lemon and parsley.

Another method is to roast the sunchokes to make a puree. To do this, he sliced the sunchokes very thin, and tosses them in a large bowl with thyme, olive oil, salt and pepper and then roasts them in the pizza oven. Then he purees them with cooked potatoes for a creamy texture. This accompanies the Prosciutto Wrapped Pork Flat Iron, and is served with baby fennel, grilled plum and mustard sugo. Cucina Enoteca at Fashion Island 949.706.1416 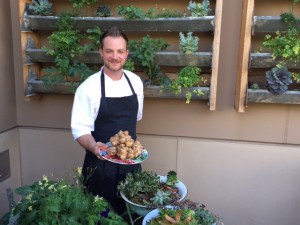 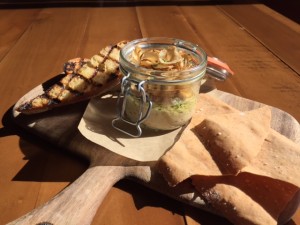 Further down Pacific Coast Highway, we meet up with Owner and Executive Chef Alessandro Pirozzi of Pirozzi in Corona del Mar.  He also owns “Mare Laguna Beach” and “Alessa by Pirozzi”. Both are located in Laguna Beach. One of the many Chef Alessandro’s secret ingredients is Sage. This is used in his much talked about “signature ravioli dish”. Sage adds a rich and woodsy herb flavor and is the perfect complement to his sweet Butternut Squash Ravioli. The made-daily fresh pasta is drizzled brown butter, sprinkled with fried sage and a dash of Parma cheese. This is a “must try” menu item and great for sharing! Pirozzi’s in Corona del Mar 949.675.2932 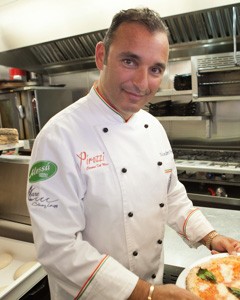 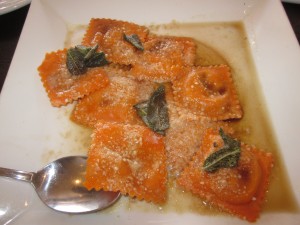 Executive Chef Leo Gianulis hangs his chef’s coat at the Hyatt Regency Newport Beach on Jamboree, just east of Pacific Coast Highway. The hotel features just over 400 guest rooms and even has four 3-bedroom villas. In addition to responsibilities for all the culinary operations and events in-house, their SHOR restaurant is a lovely hide-away with an outdoor terrace that is just perfect for this warmer weather. And in keeping with spring and summer fare, the Strawberry Lemon Cake is the perfect finish to any meal. Chef Leo’s secret ingredient is Meyer Lemons.

With a Greek heritage, Chef Leo explains that lemons are a big part of his repertoire. Growing up, he had a large Meyer lemon tree and this was a basic staple in the house. From dolmades, to broiled halibut and baklava for dessert, they used as much as that tree produced.

On the menu for spring and summer this year, Chef Leo is heralding a dessert infused with Myer lemons, and that his refreshing Strawberry Lemonade. This dessert has four components. In addition to the fresh strawberries, this dessert features a lemon cake, lemon curd and lemon cream. Chef Leo was kind enough to share this recipe with us.
Hyatt Regency Newport Beach and SHOR Restaurant 949.729.1234 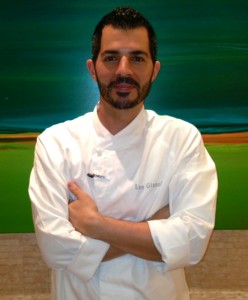 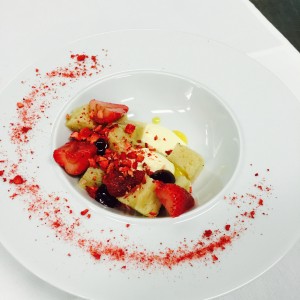 Hopefully this visit into the kitchen has provided you with some ideas for secret ingredient exploration, and it certainly reinforces the incredible creativity of our local chefs. Dine well!