March 8 marks International Women’s Day—a day during which we collectively celebrate brave and brilliant women from all walks of life. This year, we’re turning our attention to the culinary world—or more precisely, the women committed to making Newport Beach a more delicious and inviting place to be. We’re talking to laudable locals who are shaping and molding the city’s dining scene and shaking things up at a huddle of restaurants that have become our favorite spots to unwind and dine. From chefs to restaurateurs, these female culinary leaders are who we’ll be looking to for inspiration this March 8. 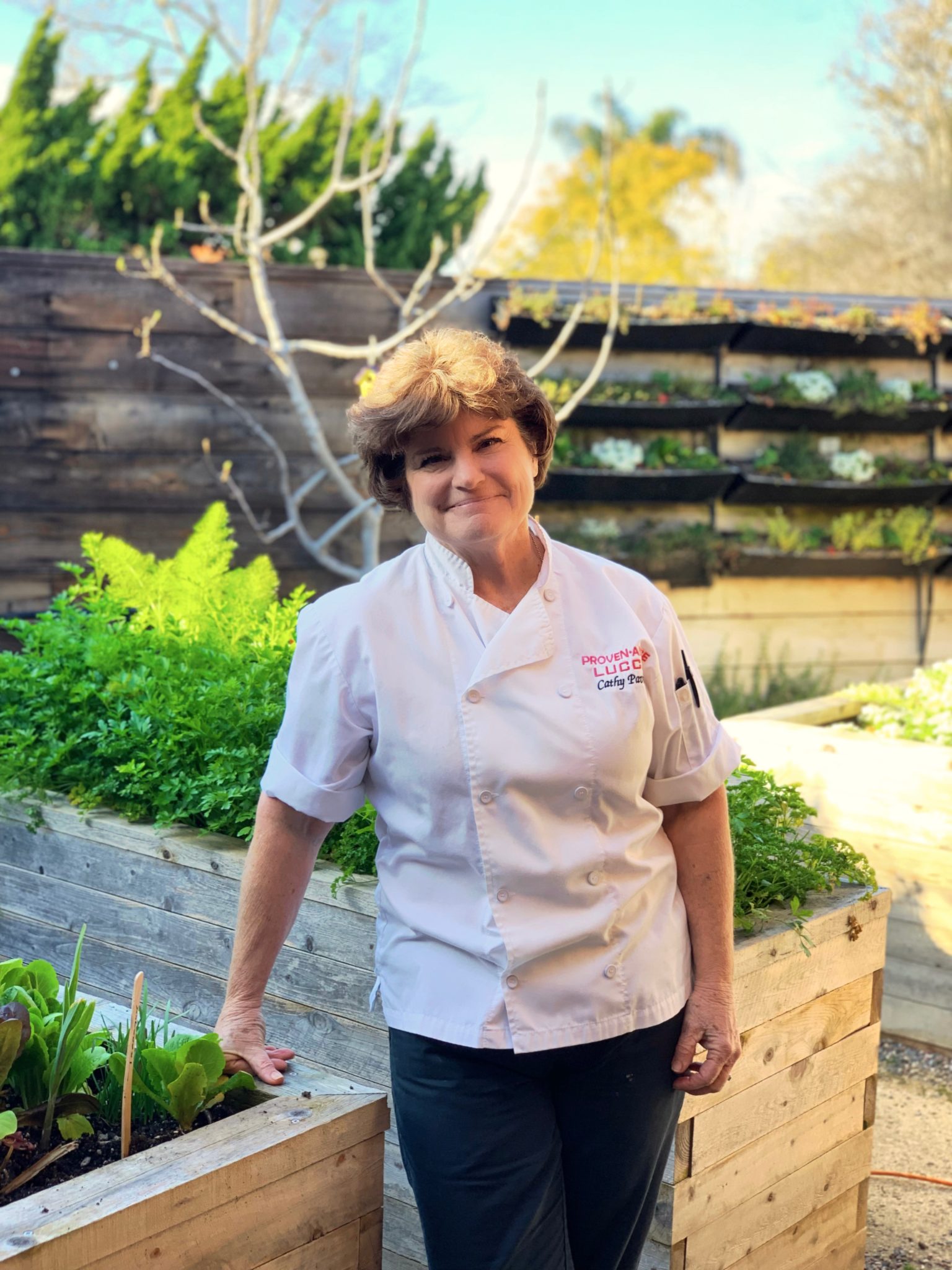 It didn’t come from nowhere—Chef Cathy Pavlos’ obsession with locally grown ingredients. After all, she grew up a hop and a skip away from her grandfather’s farm, and learned to transform homegrown produce to simple comfort food at a precocious age. (Thanks in large part to her grandmother’s knack for cooking). In 2005, Cathy opened LUCCA in Irvine, a European-bistro concept that secured her reputation as a culinary innovator in Orange County. Close to nine years later, she set off to create Provenance in the Eastbluff community. This venture allowed her to go back to her roots, and build a Napa-influenced menu around the freshest of fresh ingredients. Using veggies, herbs and fruits from the restaurant’s 1,300-square-foot organic raised-bed garden, Cathy dreams up elegant dishes —and cocktails!—that change by season. Her thoughtfully cultivated menu also boasts humanely raised meats and wild seafood. Take, for example, the seared whole wild branzino, served up with chermoula sauce, greek yogurt, limes, cilantro, green onions, baby green beans, basmati rice, herbs and torched tomatoes. One word: Yum.

In the kitchen of Oak Grill, Chef Britanny Valles is cooking food that fully embraces what she loves as a chef—big, bold flavors, a strong spice game and a little bit of acidity for the sake of balance. In looking at her background, it’s easy to see where Britanny’s culinary prowess comes from. Britanny cut her teeth in the industry working at Wolfgang Puck Catering, and later served as chef de cuisine at what was formerly Ink. Well, alongside the likes of Chef Michael Voltaggio. Now, she’s turning new flavors into can’t-miss dishes that are bound to elicit a flurry of happy, post-meal sighs. Take, for example, the short rib— a plate of braised short rib with barbecue spice, elevated with a smoky flavor courtesy of the grilled green-onion chimichurri, all served on top of a bed of barbecue-baked macadamia nuts, grilled peaches and baby kale —which Chef Britanny tells us is a personal favorite. If you go, be sure to save some room for dessert. The chef’s apple crostata is something you won’t soon forget. 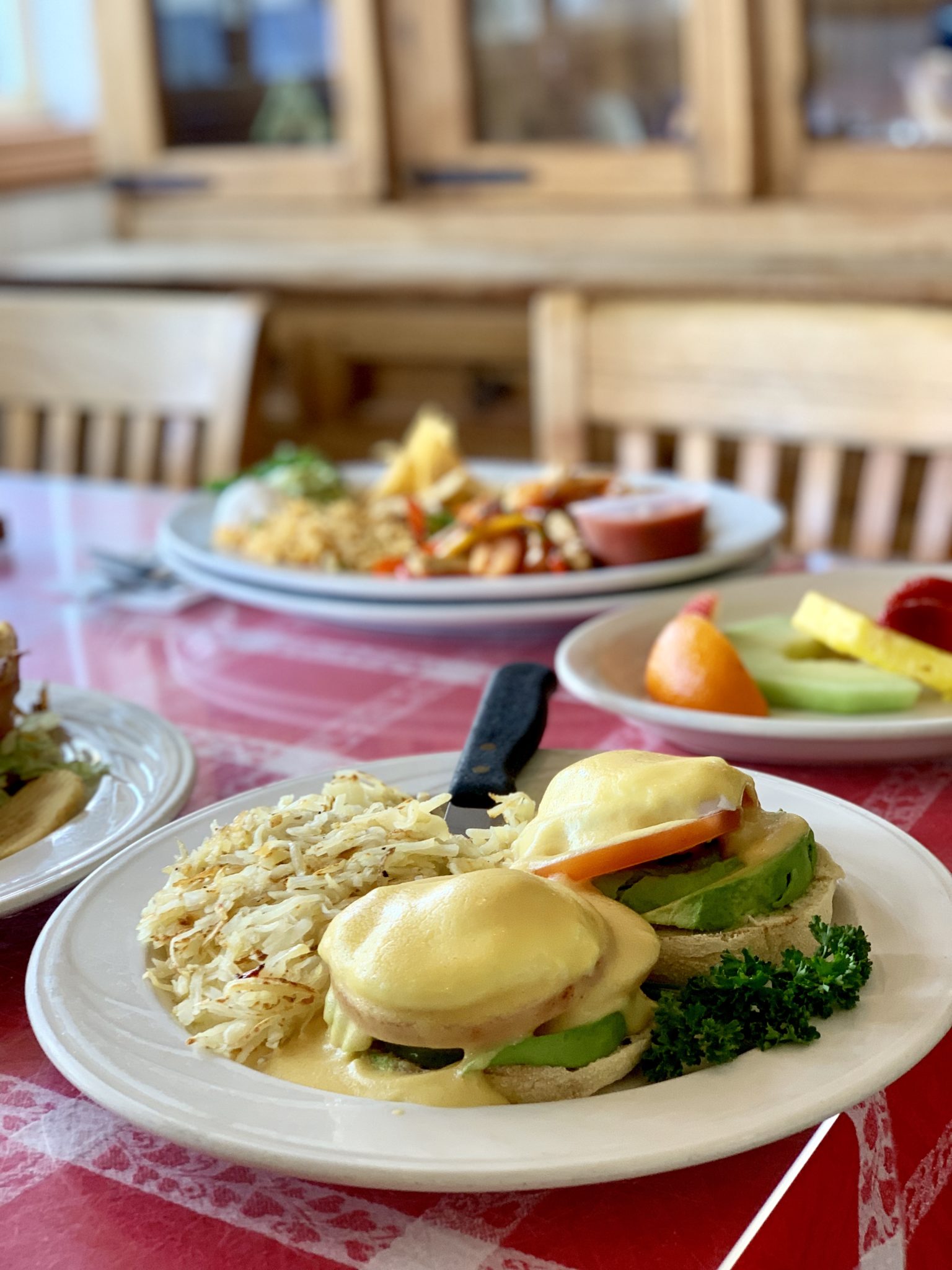 For anyone who’s ever spent the day traipsing around the shops lining Marine Avenue in Balboa Island, Wilma’s Patio is probably an often-visited spot. Even first-time diners will tell you there’s something familiar, something inviting about the ambiance. It’s even more familiar for owner and manager Sheri Drewry, who’s been tending to the place for a good, long while. (The restaurant is named after her mother). Now, close to 37 years after it first opened, this Balboa Island fixture still draws legions of loyal fans with a hankering for traditional American and Mexican dishes. Because, really, there’s a lot more than good food that Sheri offers at Wilma’s Patio. There’s an undeniable sense of coziness (well, we’d say, as cozy as you can possibly get in a public space). There’s an inviting atmosphere Sheri has created that makes you not want to leave—and that is, by no means, an easy feat. 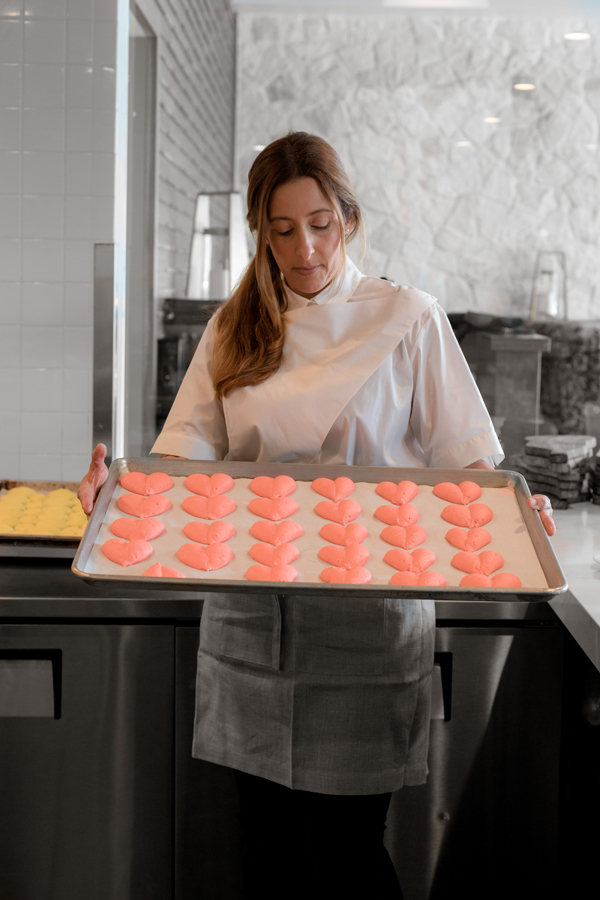 Tucked away in a seemingly unassuming shopping plaza, is a little French cocoon, and if you’ve ever ducked into Marche Moderne, you might have already seen it— or more precisely, tasted it. This has a lot—if not absolutely everything—to do with the husband-and-wife duo behind the concept. Florent and Amelia Marneau might’ve met in Orange County, but they draw on a vast experience working at restaurants in Paris. Amelia, for example, honed her cooking skills as a pastry chef at Michelin-Star restaurant Les Ambassadeurs in Hotel de Crillon Paris. In 2007, the duo decided to hang out their shingle and open up their own place. (The bistro has moved locations since then). The restaurant churns out inspired French dishes, garnering a slew of hefty accolades and nods by local publications and food critics along the way. But don’t take our word for it. Stop by for a taste of what Florent and Amelia’s menu has to offer, and you’ll be hard-pressed not to keep Marché Moderne on your foodie travel schedule next time you play tourist in your hometown. 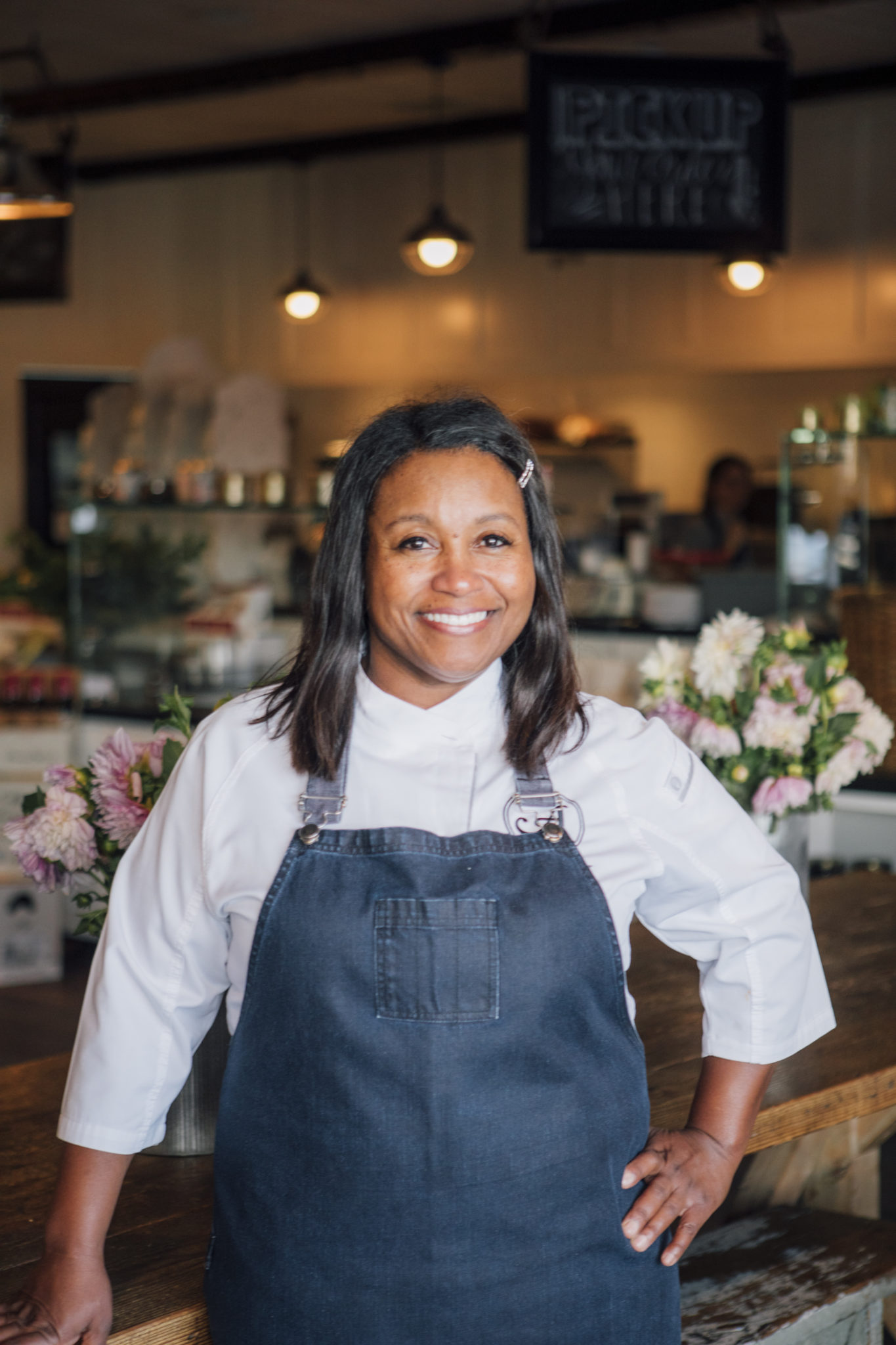 Whether you’re looking for a flaky croissant or a perfectly brewed cup—why not both?—Shelly Register’s got it at “A” Market. That, and a smorgasbord of hot and cold sandwiches, and a robust breakfast menu to boot. (There’s also a wall of vino options to go with your meal). Even though it feels as though Shelly’s been in the game since she first learned to toddle, “A” Market’s culinary director didn’t set out to be a chef from the get-go. In fact, she was a biology student before she decided to whip her career around and take up cooking. She enrolled in a two-year culinary program at Johnson & Wales in Miami during which she finished a stint at Emeril Lagasse’s New Orleans kitchen. After honing her pastry-making chops at the now-closed Aubergine, Shelly snagged a position as culinary director of “A” Market—a place that’s become the market to go to for superlative pastries and downright heavenly cookies. (Shelly tells us these rustic treats have “the ability to evoke fond memories from times gone by.”)

Walk through Royal Hen’s bright red iron gates, and you’ll likely feel right at home. Cynthia Shafer, general manager of the Balboa Island gastropub, will make sure of it. It starts with the ambiance, Cynthia will tell you. Royal Hen has character to spare: It’s casual, yet elegant. Contemporary, yet rustic. Upscale, but warm, made even warmer by Cynthia’s keenness to make every customer feel remembered. Coming from a background in hospitality, Cynthia knows a thing or two about creating a community and knocking the customer service experience out of the park. Then there’s the food, of course—a menu that boasts high-quality, house-made fare and highlights the best of what California cuisine has to offer. When she’s not greeting customers, she’s diligently watching over the gears of the restaurant— dreaming up new dishes with the chef, supervising events and catering services, checking in behind the bar, and being involved in the everyday activities that all come together to make the restaurant what it is. In the case of Royal Hen, a second home.