Chill Out With These Sweet Treats

The heat cranks up for summer, but that’s not a problem since July is National Ice Cream Month and Newport Beach has ice cream to spare. Learn about 10 Newport Beach ice cream options that will keep you cool, including cups, cones, Balboa bars, and soft serve.

This Balboa Island institution has been serving frozen bananas since 1945. The space features a blue awning with a cartoonish peeled banana. Mosey up to the counter to place your order. Helen Connolly is the third and current owner for more than two decades. They continue to hand-dip that fibrous fruit to order, along with ice cream filled Balboa bars. Both get double dipped in milk chocolate and rolled in the topping of your choice. 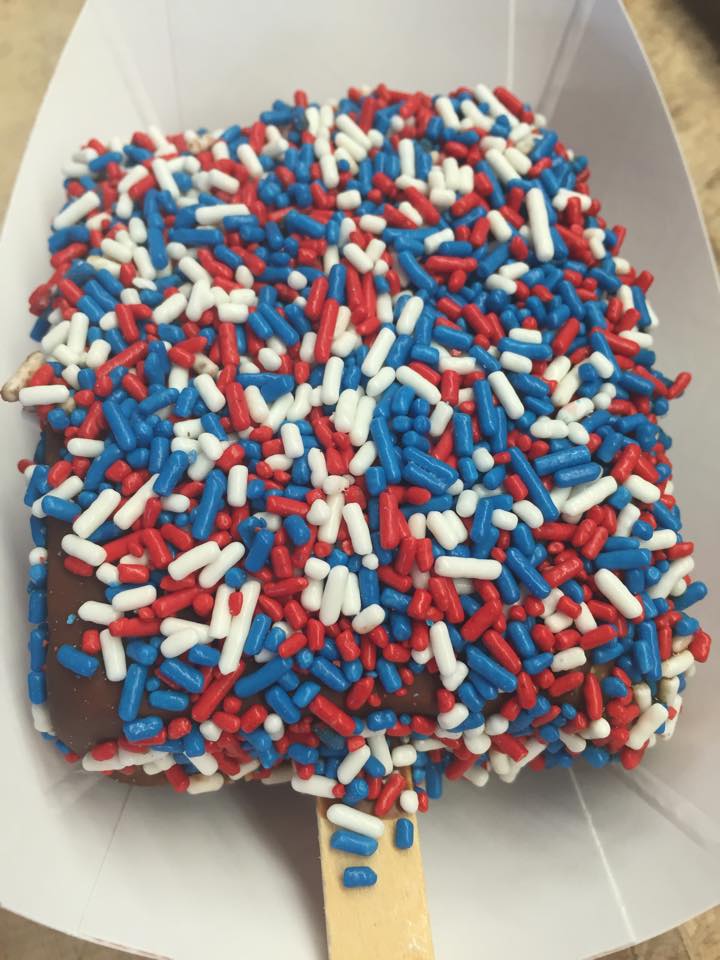 Sprinkles chef-owner Candace Nelson expanded on her breakout Beverly Hills ice cream hit with this ice cream concept, which is now available in Corona Del Mar Plaza at the base of a hill that also houses Newport Beach City Hall and the Newport Beach Public Library. Sprinkles makes ice cream with premium Straus Family Creamery dairy products. The ice cream selection, which changes daily, but could include butter pecan or mint chip. Their ice cream contributes to milkshakes, red velvet waffle cones and sandwiches crafted with cookies or cupcake tops. 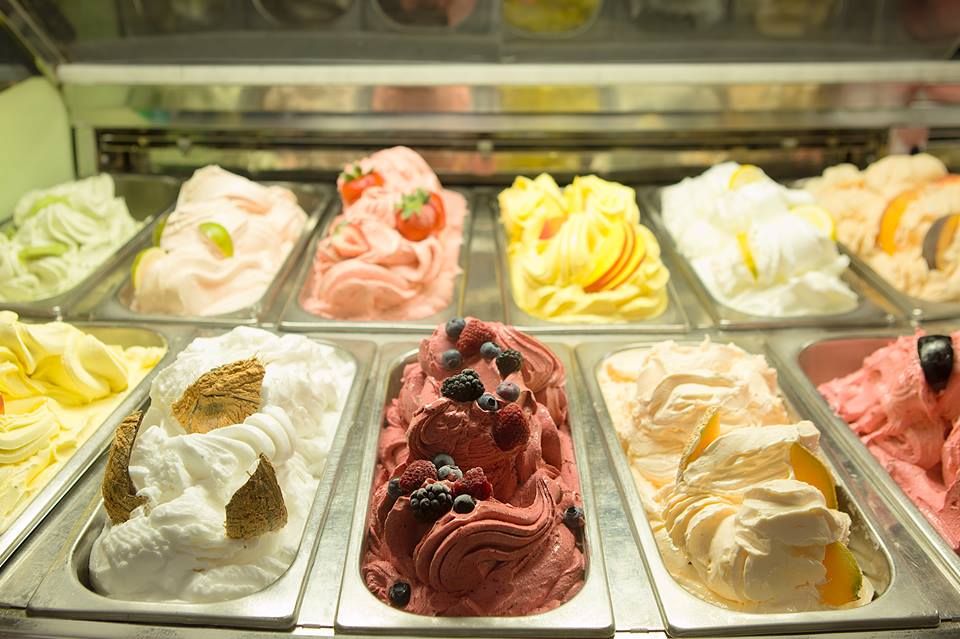 Former Philadelphia firefighter Bob Tumolo started Rita’s in 1984, naming the Italian style water ice emporium for his wife. Their franchised space on Balboa Peninsula features a red and white striped awning and a white bench out front. Their flavorful roster of chilled treats is pretty large. They also have custard in flavors like chocolate, vanilla, and orange cream, which you can twist. The custard’s made on site using secret recipes and can easily combine with Rita’s signature Italian ice to form a winning frozen combo. 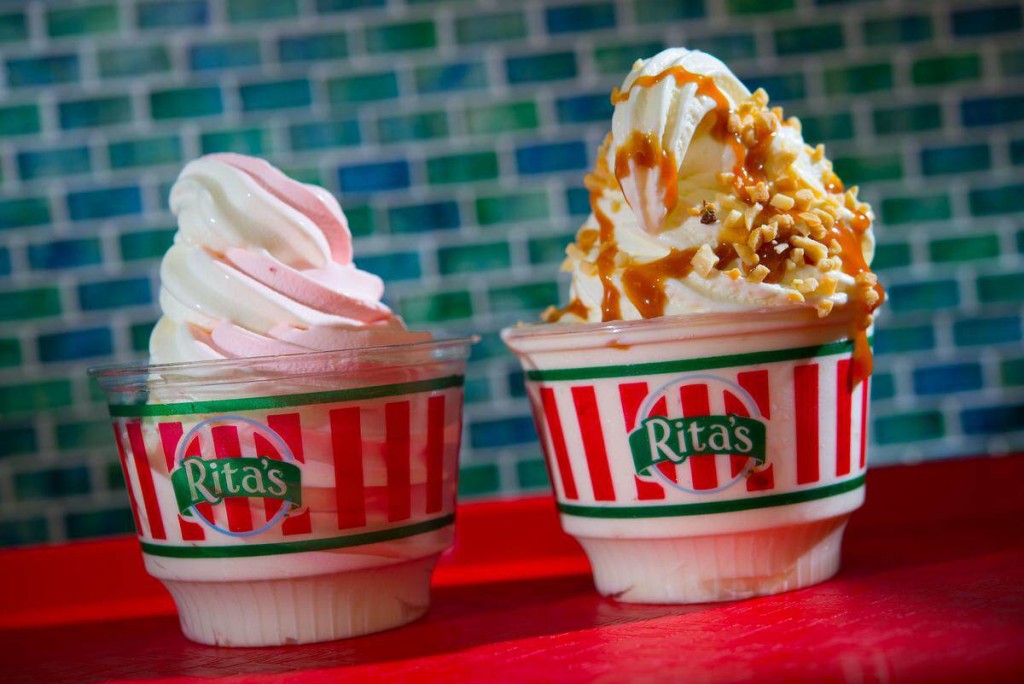 This Balboa Fun Zone spot features a yellow awning, blue trim and mural of different sharks, including a bug-eyed hammerhead, all enjoying dessert. Step up to the window for mobile-friendly bites like funnel cakes, cotton candy and cheesecake on a stick. Still, you’re here for frozen treats, which include a chocolate covered frozen banana with rainbow sprinkles, Balboa bar with peanuts, and soft serve swirl.

The Waffle Affair is a dessert destination with yellow exterior, tables covered with brown umbrellas and a dizzying array of desserts. Their signature item is the Wafflewich, a waffle ice cream sandwich. Customers can choose from any type of waffle, though they recommend the Liege waffle or chocolate chip waffle. A scoop of French vanilla ice cream goes on top, so the waffle flavor isn’t lost. From there, pile on toppings like fresh whipped cream, granola, mixed berries and caramel sauce. 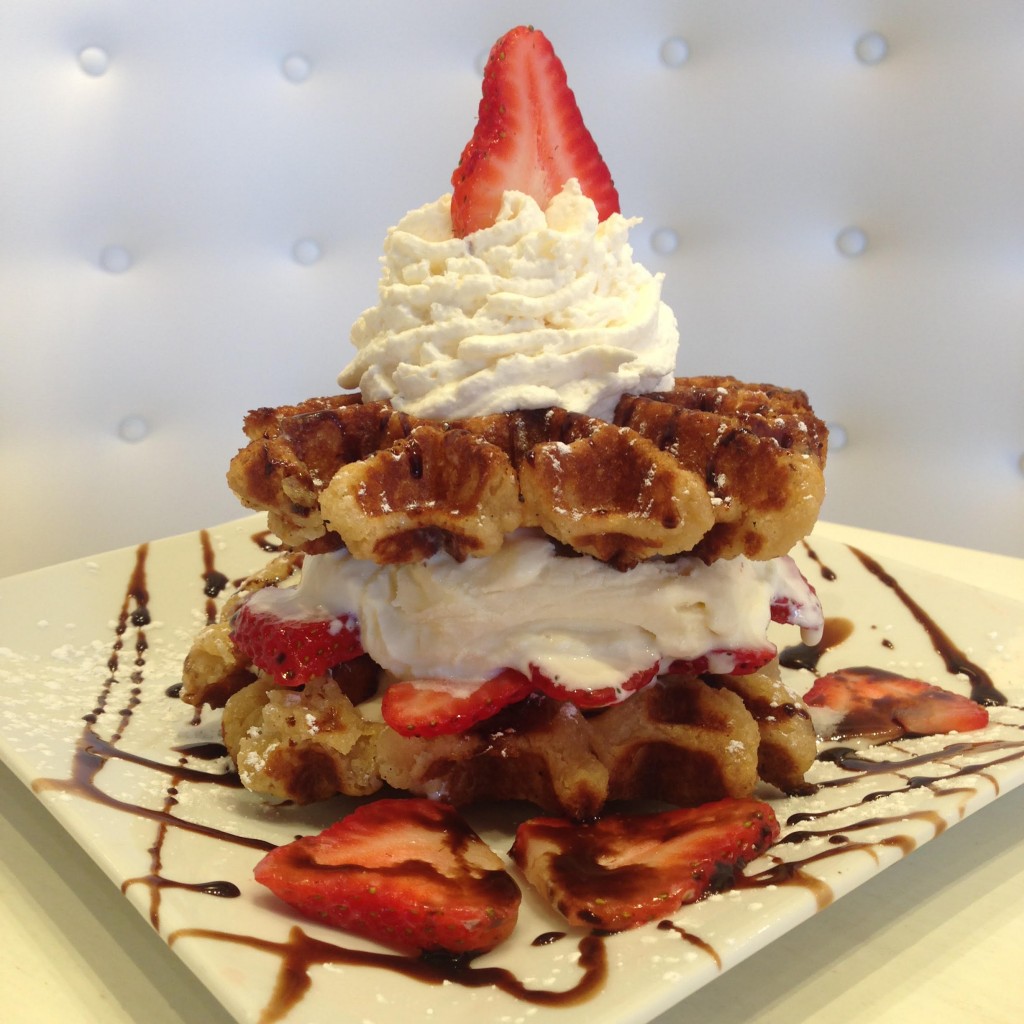 This brick-walled pizzeria in the Fun Zone dates to 1946. For the past six years, Johnny Nazal has owned this restaurant with a green awning and outrageous mural of beachgoers eating pizza. Man cannot live on pizza alone, so Pizza Pete’s sells soft serve ice cream. Vanilla, chocolate and swirl are available in a cup, cone or waffle cone. They’ve got rainbow and chocolate sprinkles. Soft serve can even factor into a root beer float.

Domenico Maurici’s sister establishment to Il Farro restaurant resides near Newport Pier and has a tan front and sign sporting an Italian flag. The menu offers juices, smoothies, Sicilian pizza and panini sandwiches, but gelato is the primary focus. Il Gelato makes 30 different flavors of gelato on-site and change the display depending on which fresh fruits are available. Flavors like coconut, peach and vanilla are all displayed in stainless steel bins with the key ingredient presented whole on top of each gelato. 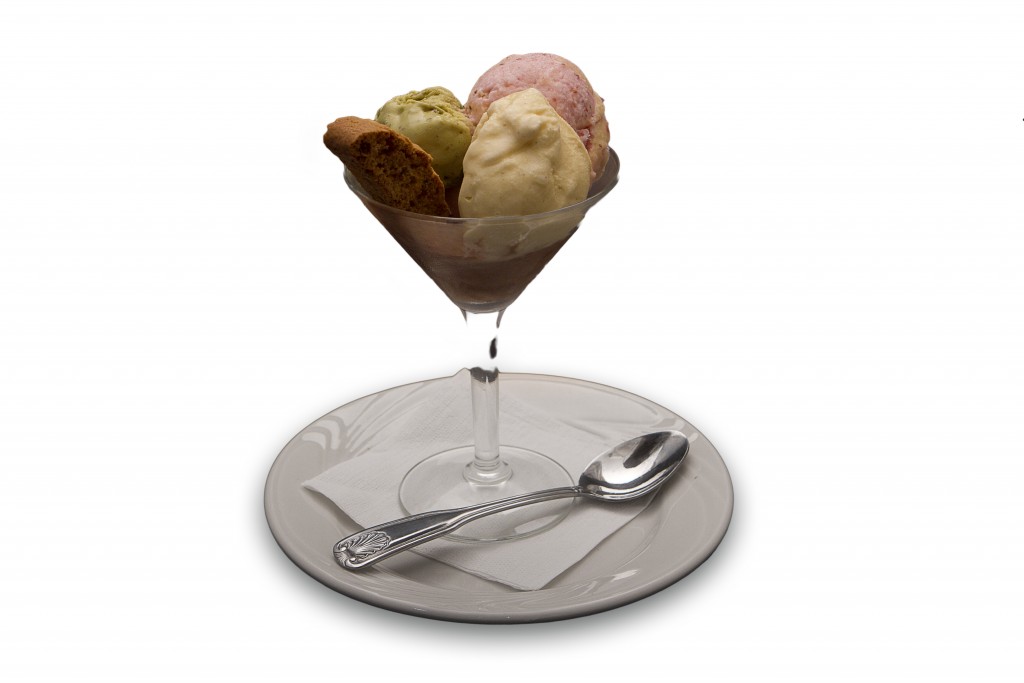 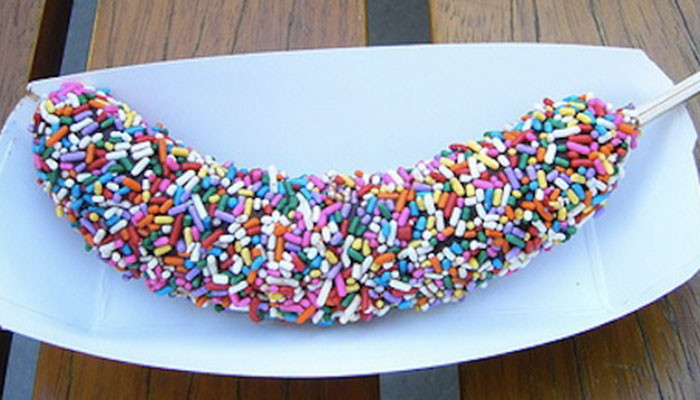