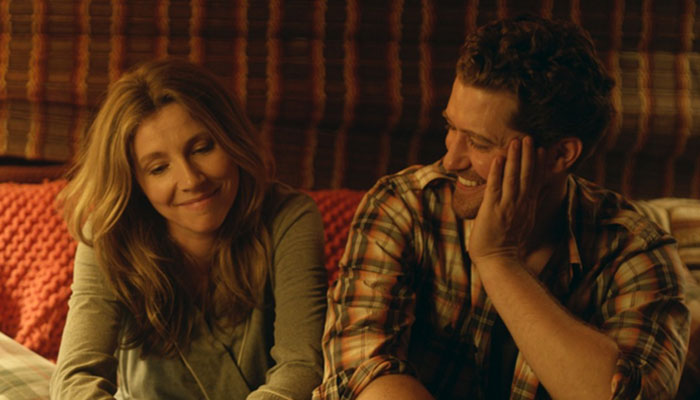 The 2016 Newport Beach Film Festival will screen After The Reality as its Opening Night film on Thursday, April 21st

“After the Reality” tells the story of Scottie Olson (MATTHEW MORRISON) who escapes to the dating reality TV show “Young Bucks” when his father becomes terminally ill. But after his father’s death, Scottie is forced to quit the show and reunite at the family cabin with his estranged sister Kate (Sarah Chalke), creating a funny and poignant story about loss, reality show romance, and a brother and sister’s love.

“This film is an incredibly personal story and to premiere it on opening night at such an esteemed festival like Newport Beach, is a dream come true. “After the Reality” will make you laugh and cry,” stated “After the Reality” director David Anderson.

Following the screening, the Festival will host an Opening Night gala at Fashion Island presented by Fashion Island, LA Times and Tito’s Vodka. The gala will feature culinary tastings from 25 of Orange County’s premiere restaurants, hosted bar by Tito’s Vodka and Stella Artois Beer with a special performance from KÀ by Cirque du Soleil at MGM Grand Las Vegas.

The Newport Beach Film Festival will showcase more than 350 films from 50 countries and host nightly special events, red carpet galas, compelling conversations with filmmakers, international spotlight events and seminars. The Festival offers filmgoers unique opportunities to mingle with celebrities, filmmakers from around the globe and film industry professionals in a beautiful seaside locale.

The Newport Beach Film Festival is sponsored in part by Tito’s Vodka, Fashion Island, Los Angeles Times and the City of Newport Beach.

To purchase passes and tickets for film screenings, galas and special events and for information about the Newport Beach Film Festival visit www.NewportBeachFilmFest.com

Celebrated as one of the leading lifestyle film festivals in the United States, the Newport Beach Film Festival seeks to bring to Orange County the best of classic and contemporary filmmaking from around the world. Committed to enlightening the public with a first-class international film program, a forum for cultural understanding and enriching educational opportunities, the NBFF focuses on showcasing a diverse collection of studio and independent films from around the globe. The 17th annual Newport Beach Film Festival runs April 21st- April 28th and will spotlight over 350 films from around the world.

About KÀ by Cirque du Soleil

KÀ by Cirque du Soleil is a heroic journey of love and conflict, set within ever-changing theatrical landscapes that conjure an entire empire on stage. Presented in the unprecedented performance space, the KÀ Theatre at MGM Grand in Las Vegas, KÀ unfolds on a colossal, 360 degree rotating stage, which forms the backdrop for this cinematic journey of aerial adventure and perpendicular acrobatics. Hailed by the Los Angeles Times as “the most lavish production in the history of Western theater,” KÀ is a gravity-defying production featuring a powerfully emotive soundtrack that enhances the innovative blend of acrobatic feats, Capoeira, puppetry, projections and martial arts. For more information visit www.ka.com.

Press check in will be from 5:30pm – 6:30pm and red carpet arrivals will take place from 6:30pm – 7:30pm at Edwards Big Newport (300 Newport Center Dr.) The screening will commence at 7:30pm. All press must be credentialed prior to covering the Opening Night event. Press can register for credentials online at www.NewportBeachFilmFest.com.