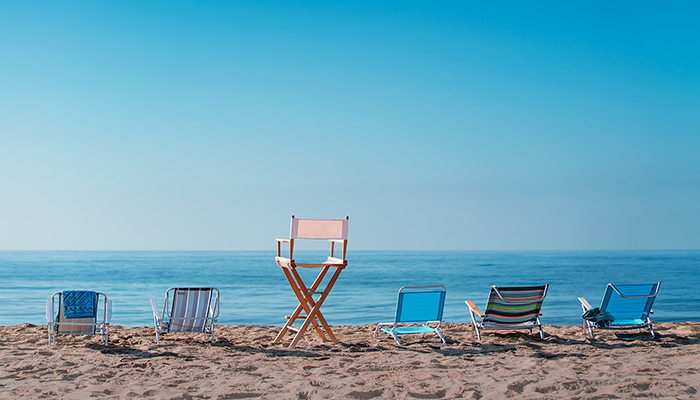 AT DRIVE-IN CINEMA EVENT AT FASHION ISLAND ON AUGUST 13, 2020

Newport Beach, CA (August 2020) – The Newport Beach Film Festival (NBFF) proudly announces a spotlight screening of the world premiere of A Life of Endless Summers: The Bruce Brown Story, directed by Dana Brown. Presented in partnership with Fashion Island and THE LOT, the film will be shown in an outdoor drive-in format on the upper level of the parking structure located between Bloomingdale’s and Nordstrom at Fashion Island (401 Newport Center Drive, Newport Beach) on Thursday, August 13, 2020 at 8:00PM.

Tickets for the screening go on sale August 3, 2020 for $75 per car. Each ticket includes a $20 gift card for THE LOT, a signature Fashion Island tote bag and a limited-edition movie poster designed by artist Troy Lee and autographed by Dana Brown and Lee. This screening serves as a kick-off event for THE LOT Drive- In Summer Movie Series at Fashion Island, continuing weekly through August 30, 2020.

The Festival, which was originally scheduled for late April was postponed due to the COVID-19 pandemic. A Life of Endless Summers: The Bruce Brown Story was formally scheduled to be the Opening Night Film. Dates for the 21st annual Newport Beach Film Festival will be released at a later time.

A Life of Endless Summers: The Bruce Brown Story is the highly anticipated film from Dana Brown in partnership with Irvine-based SCS and Red Bull Media House. Brown lends his storytelling prowess to a truly memorable and personal piece-of- work in a form of a penned love letter to his father. A road trip turns into a rare, intimate look at the amazing life of his legendary father, Bruce Brown (The

Endless Summer and On Any Sunday). Dana started the project with his father as a long-overdue “road trip” they took together traveling up the west coast and Hawaii.

“The Film is a tribute to my father. Dad started the whole action sports film genre. He broke the mold; he broke the rules; he broke open the film category. There will never be another one like him,” said Dana Brown. “We could not think of a better fit for our world premiere then The Newport Beach Film Festival which places such a strong focus on Action Sports programing and continually acknowledges Dads legacy in the Southern California Community.”

“The health and safety of our film-goers and staff is our number one priority. While we are disappointed to not present a full festival in August, we are thrilled to bring the community together to celebrate and honor the legacy of Bruce Brown and his impact on documentary filmmaking and surf culture,” said Gregg Schwenk, CEO and Co-Founder of the Newport Beach Film Festival. “With the Festival’s long-standing commitment to action sports cinema and deep relationship with the Brown family, it is the ideal film to celebrate a legendary filmmaker in an iconic setting.”

“The 21st Annual Newport Beach Film Festival is Southern California’s largest lifestyle film festival and fastest growing in the United States bringing 50,000 attendees to our shores annually,” says Gary Sherwin, president and CEO, Newport Beach & Company. “We applaud Gregg and the team for their incredible commitment to keep the spotlight on film, filmmakers and Newport Beach despite these unprecedented times.”

To purchase tickets for A Life of Endless Summers: The Bruce Brown Story and for information about the Newport Beach Film Festival visit NewportBeachFilmFest.com.

Celebrated as one of the leading lifestyle film festivals in the United States, the Newport Beach Film Festival seeks to bring to Orange County the best of classic and contemporary filmmaking from around the world. Committed to enlightening the public with a first-class international film program, a forum for cultural understanding and enriching educational opportunities, the NBFF focuses on showcasing a diverse collection of studio and independent films from around the globe. For more information visit www.NewportBeachFilmFest.com or follow @nbff on Twitter and @newportbeachfilmfest on Instagram.

Nestled among golden stretches of pristine Pacific coastline between Los Angeles and San Diego, Newport Beach epitomizes the casually sophisticated lifestyle of Southern California. This idyllic seaside destination is widely celebrated for its natural beauty and vibrant yachting community alongside stylish accommodations, eclectic coastal cuisine and upscale shopping. Ranked among the “Top 10 Resort Towns in the U.S.,” Newport Beach also is distinguished as one of the country’s “Top 10 Best Family Beaches.” A mild climate and picturesque backdrop minutes from John Wayne Airport, Orange County (SNA) offers year- round appeal. For more information on Newport Beach or for a complimentary visitor guide, visit www.visitnewportbeach.com, or call (800) 94-COAST.

The luxury lifestyle entertainment destination offers a dining, drinking and cinematic experience unlike any other with four locations including La Jolla, Liberty Station, Fashion Island, and City Center. Each stunning version of THE LOT features a luxury cinema with multiple auditoriums, each outfitted with the latest in comfort, audio-visual and cinematic technology; a dedicated sophisticated yet approachable restaurant, well-appointed bars spotlighting craft cocktails, beers and wines, and dedicated craft cafés serving locally roasted coffees and house- made pastries. THE LOT provides the community with a place to grab a morning coffee, enjoy a full dinner, or catch the latest Hollywood blockbuster—a place to eat, play and enjoy.

Dana Brown is an American surfer and filmmaker, and is the oldest son of filmmaker Bruce Brown. His films include The Endless Summer 2, which he made with his father. His first all-original film was Step Into Liquid (2003) followed by a documentary on the Baja 1000 titled Dust to Glory (2005). In 2014, the movie On Any Sunday, The Next Chapter. His most recent film is Dust 2 Glory which is the sequel to his first motorsports film.

SCS is an independent advertising and marketing agency which powers brand performance. Inspired by the creative culture of Southern California, SCS utilizes insights, creativity, technology and reach to help our clients grow their brands.

With a team of 72 across offices in Irvine and Ottawa, SCS helps some of the best brands in the world perform.