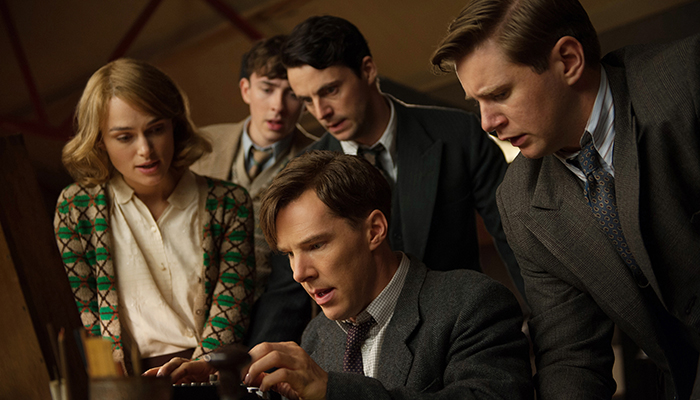 Film to receive awards for best picture and outstanding ensemble

December 30, 2014 (New York, NY) – The Weinstein Company (TWC) is proud to announce today that the Newport Beach Film Festival (NBFF)) will be awarding their recently released film THE IMITATION GAME with two of the festival’s highest accolades this year. The film, which has been the recipient of several festival awards since it first showed in Telluride and Toronto earlier this year, will be named Best Picture and Outstanding Ensemble Cast by NBFF. It will be screening at the historic Lido Theater in Newport Beach in January with members of the Orange County Film Society (OCFS) and select members of the film’s cast and crew set to attend. In addition, NBFF, along with their partners Screen International, Visit Newport Beach California and OCFS, will host a pre-BAFTA private reception at the ME Hotel in London on Thursday, February 5th with members of the cast also in attendance.

Commented director Tyldum: “Our tremendous and heartfelt thanks go to the Newport Beach Film Festival and their partners Screen International and the Orange County Film Society. Their support is so important to us and we’re incredibly proud to receive such prestigious honors from them for THE IMITATION GAME this year. This is a film that recognizes a man who was a hero and saved lives, but was sadly persecuted in his lifetime. We are grateful to be shining a long overdue light on him.”

“After the Newport Beach Film Festival team screened THE IMITATION GAME at the Toronto International Film Festival, it was abundantly clear that this film and its cast were standouts”, said Gregg Schwenk, CEO and Executive Director of NBFF. “The film was exceptional at portraying the legacy and contribution of Allen Turing and the code breakers.”

During the winter of 1952, British authorities entered the home of mathematician, cryptanalyst and war hero Alan Turing (Benedict Cumberbatch) to investigate a reported burglary. They instead ended up arresting Turing himself on charges of ‘gross indecency’, an accusation that would lead to his devastating conviction for the criminal offense of homosexuality – little did officials know, they were actually incriminating the pioneer of modern-day computing. Famously leading a motley group of scholars, linguists, chess champions and intelligence officers, he was credited with cracking the so-called unbreakable codes of Germany’s World War II Enigma machine. An intense and haunting portrayal of a brilliant, complicated man, THE IMITATION GAME follows a genius who under nail-biting pressure helped to shorten the war and, in turn, save millions of lives.

Following the screening will be a Q&A with producers and select members of the cast.

NOTE: This screening is for Orange County Film Society members only. For press inquiries, please contact Todd Quartararo at Todd@QandAmarketing.com or 949.291.1777

ABOUT THE WEINSTEIN COMPANY

The Weinstein Company (TWC) is a multimedia production and distribution company launched in October 2005 by Bob and Harvey Weinstein, the brothers who founded Miramax Films in 1979. TWC also encompasses Dimension Films, the genre label founded in 1993 by Bob Weinstein, which has released such popular franchises as SCREAM, SPY KIDS and SCARY MOVIE. Together TWC and Dimension Films have released a broad range of mainstream, genre and specialty films that have been commercial and critical successes. During Harvey and Bob’s tenure at Miramax and The Weinstein Company, they have received 331 Oscar nominations and won 79 Academy Awards.

Celebrated as one of the leading film festivals in the United States, the Newport Beach Film Festival has evolved into a prestigious multicultural event, attracting over 55,000 attendees to Southern California. Committed to enlightening the public with a first-class international film program, a forum for cultural understanding and enriching educational opportunities, the Festival focuses on showcasing a fresh and diverse collection of studio and independent films from around the globe. The 16th Annual Newport Beach Film Festival will screen an international slate of over 400 independent and studio films, including feature-length narrative, documentary, short, animated and student films that will compete for a series of Jury, Festival Honors and Audience Awards.