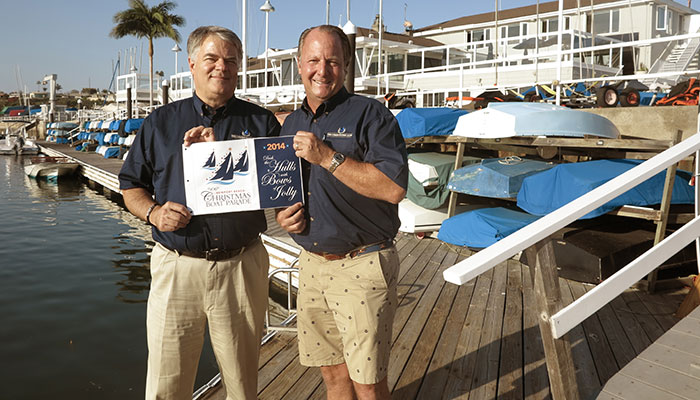 NEWPORT BEACH, CA (October 17, 2014)-For the first time ever, registered boaters in the Newport Christmas Boat Parade will be honored with a decorative burgee and plaque for their participation in the parade. The design of the commemorative burgee will change from year to year based on the parade’s theme. The theme for the 2014 Christmas Boat Parade is “Deck the Hulls with Bows of Jolly”.

For more information about the 106th Annual Newport Beach Christmas Boat Parade or to register your boat, please visit www.christmasboatparade.com.

For information on hotel packages, or restaurants with specials during the parade go to www.visitnewportbeach.com.