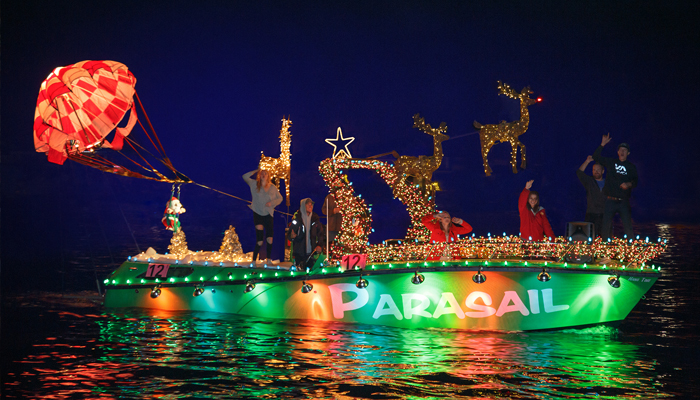 **OVER-THE-TOP HOLIDAY VISUALS AND A VARIETY OF INTERVIEWS AVAILABLE**

ABOUT:                The 111th Annual Newport Beach Christmas Boat Parade kicks off on Wednesday, Dec. 18-22, 2019 beginning at 6:30 p.m. every night. This is America’s longest running boat parade and the largest in Southern California. The parade sails around a 14-mile course in Newport Harbor, there are 53+ viewing locations on the waterfront – islands, Balboa Peninsula, parks and over a dozen restaurants for special prix fixe boat parade menus and nearly 20 boat charters and tours.

Opening and closing nights include spectacular fireworks displays and every night features a different grand marshal.