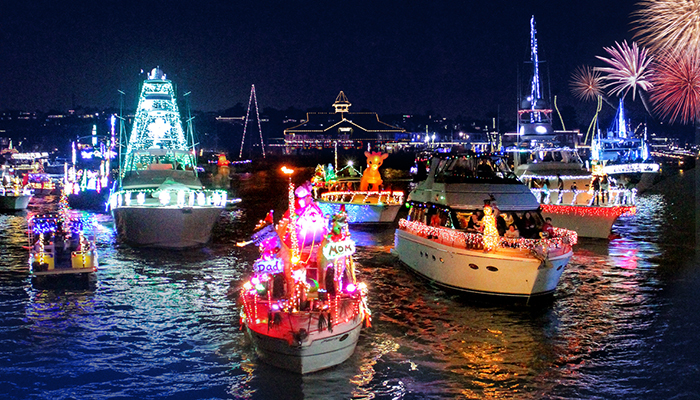 “We are thrilled to bring Christina Anstead onboard as our 2019 boat parade grand marshal,” says David Beek, Newport Beach Christmas Boat Parade co-chair. “Christina is a new resident of our community and her TV show ‘Christina on the Coast’ helps to bring the beauty of Newport Beach to light and what a better way to make our parade that much brighter than with the star power that Christina brings.”

Hosted by The Commodores Club of the Newport Beach Chamber of Commerce, the Newport Beach Christmas Boat Parade is a highly-anticipated Southern California event that has gained attention on the world’s stage. One of the longest-running holiday traditions in the country, the parade has been hailed by the New York Times as “One of the Nation’s Top Ten Holiday Happenings” and earned Newport Beach the rank of “#2 City in the Nation for Holiday Lights” by Yahoo! Travel.

For five consecutive nights beginning on Dec. 18, the parade begins at approximately 6:30 p.m. and ends at 9 p.m. at the tip of Lido Isle. The parade opens with an exhilarating firework display from the Newport Pier at 6:15 p.m. on Dec. 18. Closing out in the same spectacular fashion, there will be special fireworks show from the Balboa Pier on the final night of the parade at 9 p.m. on Dec. 22.

Locals and visitors can enjoy the spectacle from a variety of public viewing locations including Marina Park and numerous waterfront restaurants. For more information about the 111th Newport Beach Christmas Boat Parade, please visit www.christmasboatparade.com.

Boaters interested in participating in the parade can find out more information at https://www.christmasboatparade.com/enter/.

About the Newport Beach Chamber of Commerce
The Newport Beach Chamber of Commerce is a business organization of almost 700 members representing over 20,000 employees. The Chamber, with its five councils, committees, staff and valuable members, works with city officials, local businesses and the community at large to promote the local economy. More information can be found at www.newportbeach.com.