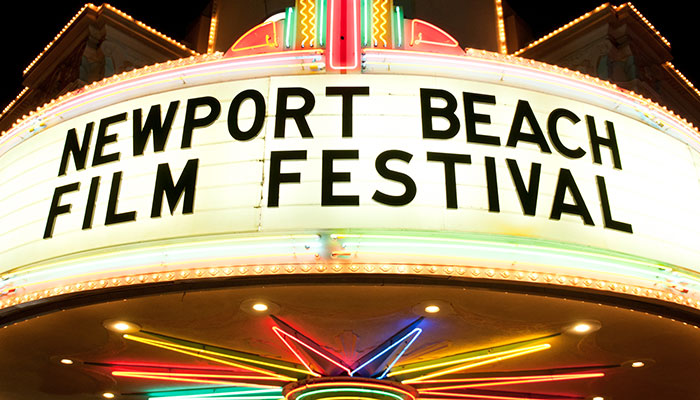 Live Like a Star in Newport Beach at Balboa Bay Resort

Balboa Bay Resorts’ “Live Like a Star in Newport Beach” package gives out-of-town guests and Southern California locals the opportunity to see some of the festival’s 300 films, attend celebrity-studded red carpet events, and hear compelling filmmaker seminars – all while experiencing the best that the famed destination of Newport Beach, California has to offer.

In addition to two all-access passes to the film festival, this package includes one night in the luxurious Presidential Suite at Balboa Bay Resort, two signature spa treatments with Kashwere robes, $200 dinner credit to Waterline Newport Beach, Veuve Clicquot champagne, and valet parking. Guests will also enjoy a Duffy boat excursion on Newport Bay with bottle of wine and cheese plate. This exclusive package is available for $1,999 and reservations are available through Balboa Bay Resort as (888) 445-7153.

Film for the Whole Family at Hyatt Regency Newport Beach

Hyatt Regency Newport Beach invites film-loving families to attend the 2014 Newport Beach Film Festival while enjoying the resort’s newly re-imagined family-friendly amenities including the Oasis pool slide and water playground, lawn games, and a life-size chess set. Their package, which is available for $199 per night includes accommodations for a family of four, four tickets to a film screening, parking, and free shuttle service to Fashion Island. Reservations are available at (949) 729-1234.

Celebrated as one of the leading lifestyle film festivals in the United States, the Newport Beach Film Festival seeks to bring to Orange County the best of classic and contemporary filmmaking from around the world. Committed to enlightening the public with a first-class international film program, a forum for cultural understanding and enriching educational opportunities, the Newport Beach Film Festival focuses on showcasing a diverse collection of studio and independent films from around the globe.