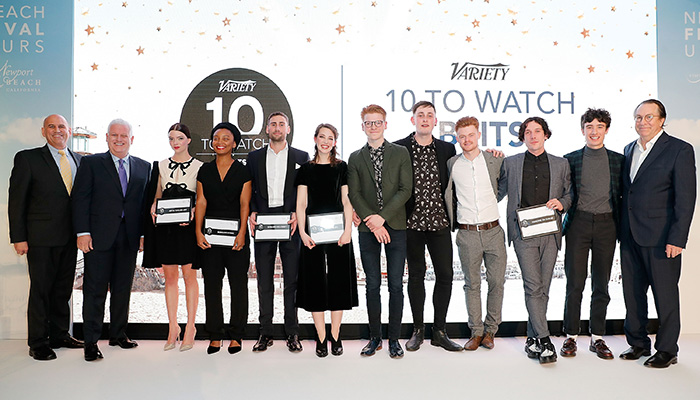 NEWPORT BEACH, CALIF. (Feb. 16, 2018) – In a star-studded celebration of the best of UK talent from film, television, and music, the Newport Beach Film Festival kicked off BAFTA weekend with the Newport Beach UK Honours on Feb. 15.

For 19 years, the Newport Beach Film Festival, one of the fasted growing luxury lifestyle film festivals in the United States, has included a dedicated UK component during its 10-day program.  Starting in 2015, the film festival and Visit Newport Beach partnered to elevate the connection to the UK industry by honoring talent via the Newport Beach UK Honours held in London just ahead of the BAFTA Awards. This year’s festivities were held at the Rosewood Hotel in Holburn. Honors categories include Arts Champions, Breakout Talent, Artists of Distinction, Icons, and Outstanding Achievement in Global Cinema.

Images and video available upon request.

Situated between Los Angeles and Sand Diego and nestled among golden stretches of pristine Pacific coastline, Newport Beach epitomizes the casual yet sophisticated lifestyle of Southern California. This idyllic seaside destination is widely celebrated for its natural beauty that sets the scene for a vibrant yachting community alongside stylish accommodations, eclectic coastal cuisine, and world-class shopping. Comprised of ten distinct district neighborhoods, each lend a unique culture, charm, natural beauty, and history to the city. Ranked among the “Top 10 Resort Towns in the U.S.,” Newport Beach is also distinguished as one of the country’s “Top 10 Best Family Beaches.”

Celebrated as one of the leading lifestyle film festivals in the United States, the Newport Beach Film Festival (NBFF) seeks to bring to Orange County the best of classic and contemporary filmmaking from around the world. Committed to enlightening the public with a first-class international film program, a forum for cultural understanding and enriching educational opportunities, the NBFF focuses on showcasing a diverse collection of studio and independent films from around the globe. The 19th annual Newport Beach Film Festival runs April 26 – May 3 and will spotlight over 350 films from more than 50 different countries.