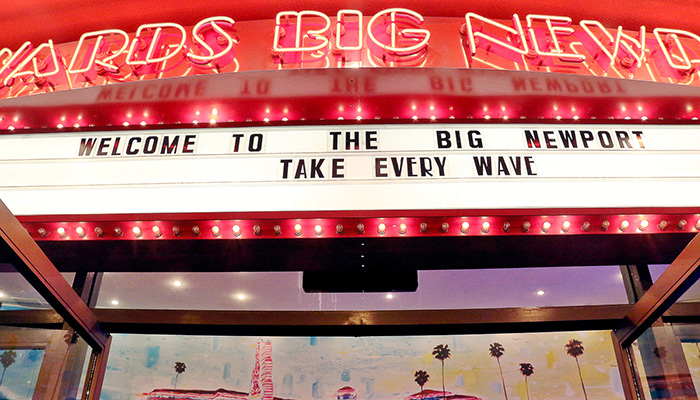 LUCE tells the story of a former child soldier from Africa, adopted by white parents and naturalized in America, who becomes a star athlete and top student in his suburban Virginia high school. Eventually, he finds his close-knit family life and impeccable academic record challenged by a teacher after she discovers unsettling political views in a homework assignment. LUCE stars Naomi Watts, Octavia Spencer, Kelvin Harrison Jr., and Tim Roth.

Following the screening, the Festival will host an Opening Night gala at Fashion Island presented by by Pacific Sales, sponsored in part by Tito’s Vodka, Fashion Island, and the City of Newport Beach. The gala will feature culinary tastings from 30 of Orange County’s premiere restaurants, hosted bar by Tito’s Vodka with a special performance from Side Deal feautring Grammy Award winning Musicians.

The Newport Beach Film Festival will showcase more than 350 films from 50 countries and host nightly special events, red carpet galas, compelling conversations with filmmakers, international spotlight events and seminars. The Festival offers filmgoers unique opportunities to mingle with celebrities, filmmakers from around the globe and film industry professionals in a beautiful seaside locale.

Passes and tickets for film screenings, galas and special events go on sale April 1. To purchase tickets and for information about the Newport Beach Film Festival visit www.NewportBeachFilmFest.com

Celebrated as one of the leading lifestyle film festivals in the United States, the Newport Beach Film Festival seeks to bring to Orange County the best of classic and contemporary filmmaking from around the world. Committed to enlightening the public with a first-class international film program, a forum for cultural understanding and enriching educational opportunities, the NBFF focuses on showcasing a diverse collection of studio and independent films from around the globe. The 20th annual Newport Beach Film Festival runs April 25 – May 2  and will spotlight over 350 films from around the world.

Formed in 2016, SIDE DEAL is a brand new band from Grammy winner Charlie Colin (Train), multi-platinum artists Stan Frazier and Murphy Karges (Sugar Ray), Jeff “Skunk” Baxter (Steely Dan, The Doobie Brothers) and the PawnShop kings (Rolling Stone Magazine’s “New Bands to Watch”). SIDE DEAL also shares their stage with founding members of other bands you love creating the ultimate one of a kind experience of unforgettable music.

Press check in will be from 5:30pm – 6:30pm and red carpet arrivals will take place from 6:30pm – 7:30pm at Edwards Big Newport (300 Newport Center Dr.) The screening will commence at 7:30pm. All press must be credentialed prior to covering the Opening Night event. Press can register for credentials online at www.NewportBeachFilmFest.com.