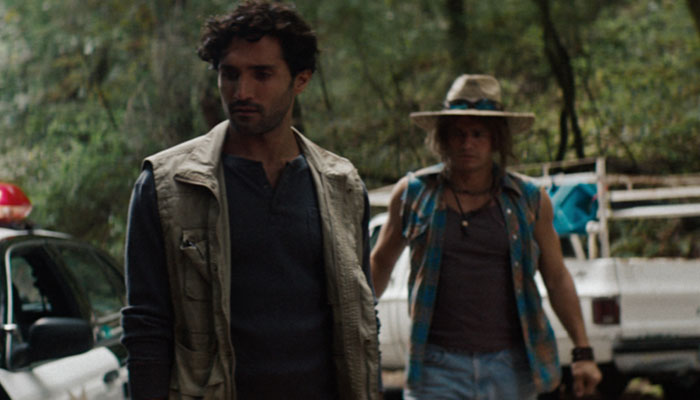 “The Fixer” tells the story of a former Afghan journalist (Dominic Rains) who settles in a small town in Northern California and takes a job with a local newspaper. However, when he attempts to cover local crime, he stumbles into local corruption that puts himself and others in danger.

“The 17th annual Newport Beach Film Festival will enlighten the public with a first-class international film program and exciting seminars. We are honored to close an excellent festival with a world premiere of such an impressive film,” stated Gregg Schwenk, Executive Director/CEO of NBFF.

“We are thrilled to bring The Fixer to the Newport Beach Film Festival! I can’t wait to share the film with their audience,” said Ian Olds, director, “The Fixer.”

“We couldn’t be more honored to close the Newport Beach Film Festival and are excited to have some of our cast there to celebrate this Northern California-made film with the festival,” added Caroline von Kuhn, producer, “The Fixer.”

The Festival will showcase over 350 films from 50 countries, along with nightly special events, red carpet galas, post screening receptions, compelling conversations with filmmakers, international spotlights, industry seminars and retrospectives. The Festival offers filmgoers unique opportunities to mingle with celebrities, filmmakers from around the globe and film industry professionals in a beautiful seaside locale. The NBFF is sponsored in part by Tito’s Handmade Vodka, Fashion Island and Los Angeles Times.

Tickets to the Closing Night Film and Celebration are $95 and can be purchased in advance at the Festival’s website. The minimum age for guests is 21 years old.

Passes and tickets for film screenings, galas and special events are available online at www.NewportBeachFilmFest.com

Celebrated as one of the leading lifestyle film festivals in the United States, the Newport Beach Film Festival seeks to bring to Orange County the best of classic and contemporary filmmaking from around the world. Committed to enlightening the public with a first-class international film program, a forum for cultural understanding and enriching educational opportunities, the NBFF focuses on showcasing a diverse collection of studio and independent films from around the globe. The 16th annual Newport Beach Film Festival runs April 21st- April 28th and will spotlight over 350 films from around the world.

Cast and crew from “The Fixer” are scheduled to appear at the red carpet and screening. Press check in will be from 5:30pm – 6:30pm and red carpet arrivals will take place from 6:30pm – 7:30pm. The screening will commence at 7:30pm. All press must be credentialed prior to covering the Closing Night event. Press can register for credentials online at www.NewportBeachFilmFest.com.