Where to eat and drink in Newport Beach on St. Patrick’s Day

You know this already: If there’s any day that can attract throngs of thirsty customers, it’s the Feast of Saint Patrick—aka that time of year when everything turns green, sans any need for rain. This year, you’ve decided to do something to fete the occasion—a plan that, at face value, seems simple enough. You’ve already pulled out that lonely traffic-light green shirt you’ve been hiding in the back of your closet. You’ve even called up a few friends. Now, here’s the question: Where do you go? Lucky for you, there are many watering holes in Newport Beach where the Guinness flows freely and the fish and chips are as crispy as they come. To help you navigate St. Patrick’s day festivities, here’s a rundown of local joints boasting quintessential Irish fare (looking at you, pot of potato-and-veggie stew) and libations.

At Muldoon’s Irish Pub, it’s all about the atmosphere. The pub, which will be festively decorated for the occasion, is a St. Paddy’s go-to with its well-worn wooden floors, smatterings of oak, brick and brass and ample distractions like darts and TVs peppered across the space. (There’s two bars under one roof, a courtyard and a patio.) But don’t get us wrong—the establishment whips up delicious Irish grub (what leprechaun dreams are made of.) Start off with a plate of “banger bites”—handcrafted Irish sausages served with a side of warm dijon sauce—and don’t leave without trying the Black Bush Stew. This hearty dish comes with two baby lamb chops swimming in Irish stew and a short shot of Black Bush, a malty, sherry-influenced Irish whiskey. Bring a friend or two, roll up your green sleeves and dig in while rockin’ along to Celtic music, thanks to live performances by local Celtic bands like Van Deeman and the Droppers. 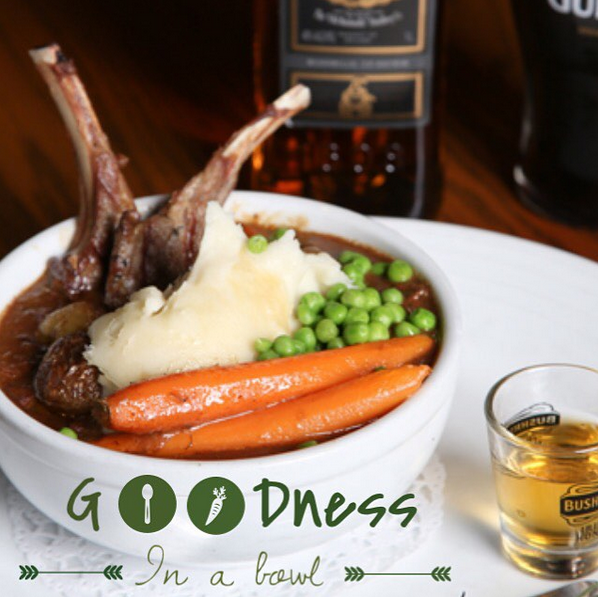 Malarky’s has become one of Balboa Peninsula mainstays since it opened its doors in 1977, and it should definitely be a necessary stop for party-goers seeking a homey ambiance and comfort food punctuated by tulip-shaped pints. Get there at the first flush of morning (the joint will open at 6:00 a.m. on St. Paddy’s Day, ahead of its regular schedule) and hunker down for some corned beef hash and eggs or a proper Irish omelette. Alternatively, swing by later for lunch. There are plenty of Irish cuisine fixtures on the menu, and in particular, the fish and chips—Atlantic cod dipped in Guinness batter and deep fried, served up with fries and tartar sauce—is one for the books. (Note: The kitchen will close at 2 p.m. and reopen at 6 p.m., and the joint will only be serving sandwiches during those four hours.) 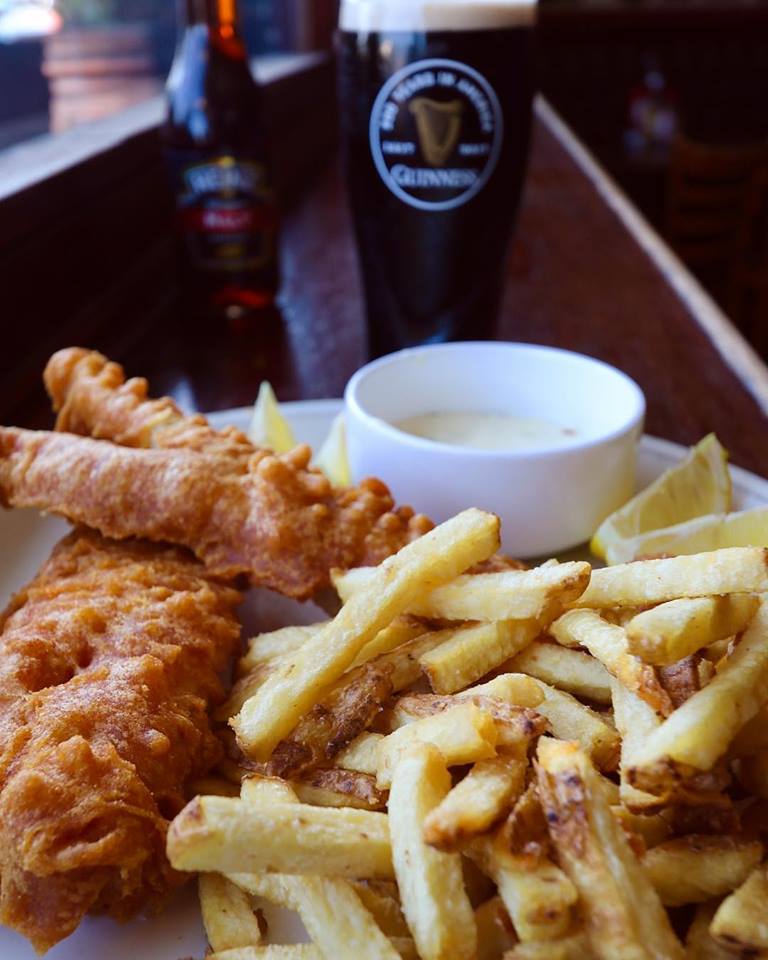 “If you get in, you’re lucky” the folks at Shamrock Bar & Grill tell us. Being in the business for 27 years, this authentic Irish pub has become a favorite local spot to throw back a cold one after a long and busy week. It’s especially hopping during St. Paddy’s day—and will be even more so now that the holiday falls on a Sunday—when a sea of green customers come in for Irish bites and music. This year, Shamrock Bar & Grill will host to two bands, Key of Whiskey and Kick Stomp-Ensemble. There will be only five food items on offer, including corned beef, fish and chips and reubens sandwiches. But we know, we know what you’re thinking. What about the booze? Guinness is a given, but you can also sip on Harp, an Irish lager, or Smithwick’s, an Irish ale. As for what’s on special… you’re special if you get in, we’re told once again.

Don’t be fooled by the fact that Stag Bar doesn’t really label itself as an Irish pub. The lively joint has just about everything anyone would need on clover day. Take, for example, its vast liquor menu, which boasts a selection of Irish whiskey, aka a drink perfectly fit for the occasion. There’s also Irish coffee—a marriage of freshly brewed coffee, Tullamore Dew Irish Whiskey and a smattering of sugar, all topped off with whipped cream. Not to mention, the folks at Stag Bar will be adding green beer and Irish car bombs to the rotation on St. Paddy’s Day. The kitchen will close up early, but expect pizzas floating around the space to nibble on, along with a few other surprises Stag Bar has in store. Arrive as early as 8:00 a.m. to secure yourself a spot. 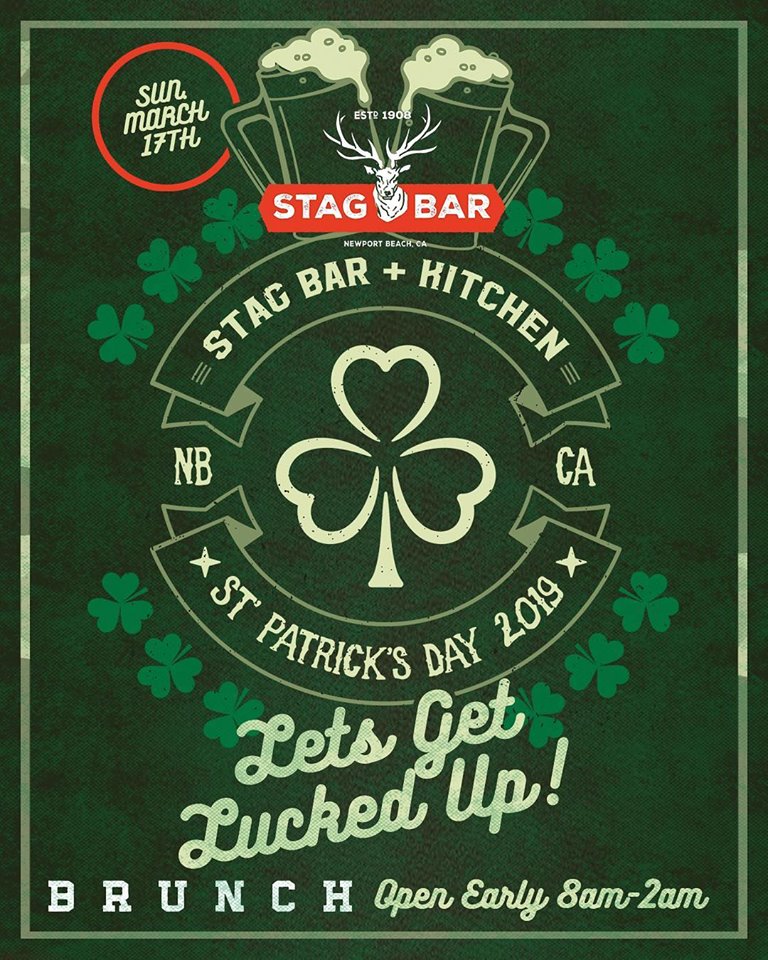 If you’re craving elevated British fare served up in a cozy and romantic atmosphere inspired by England’s oldest country inns, look no further than SideDoor. There’s obviously fish and chips, but there’s also the reuben sandwich—a delicious marriage of pastrami, sauerkraut and Russian dressing—as well as the gastropub’s prime rib sandwich, which features their “famous prime rib” with creamy horseradish and au jus served on a French Roll. (Bonus points if you opt for the eatery’s selection of cheeses and cured meats, which the place is known for). In celebration of St. Paddy’s Day, Sidedoor—along with Five Crowns, which SideDoor is a part of—will be offering a special Irish whiskey flight from West Cork Distillery now through the end of March. Included in the flight is their blended Bourbon Cask, 10-yr-single malt and Black Reserve. In other words, it’s an easy decision with no luck, Irish or otherwise, needed. 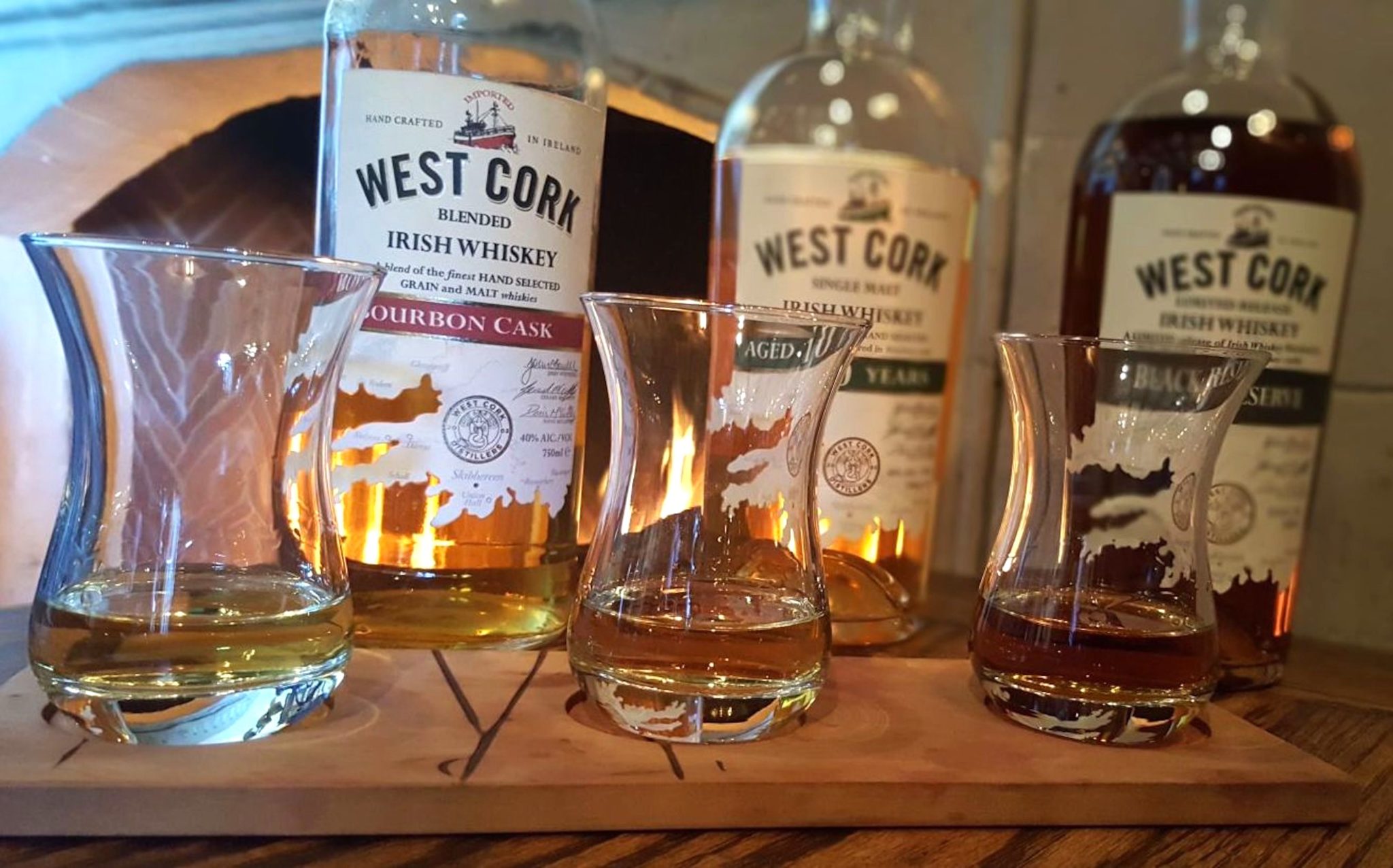