Celebrating its 110th year, the Newport Beach Christmas Boat Parade will take place Dec. 19-23. One of the longest-running holiday traditions in the country, the parade has been hailed by The New York Times as one of the nation’s top ten holiday happenings and earning Newport Beach the rank of “#2 City in the Nation for Holiday Lights” by Yahoo! Travel. Home to the world’s largest small-yacht harbor, Newport Beach pays homage to its iconic boating culture through a fleet of wonderfully decorated yachts, boats, kayaks and canoes motoring along a 14-mile course.

The Newport Beach Christmas Boat Parade began at the turn of the century when John Scarpa, an Italian gondolier; and Joseph Beek, developer of Beacon Bay, the Balboa Ferry Line, and the principal force in the early development of Balboa Island, started the tradition of lighting boats in the harbor. Now in its 110th year, the largest harbor parade in California now features as many as 100 boats. The festively decorated yachts, dinghies and kayaks vie for the top prize in categories including Best Animation/Special Effects, Best Humor/Originality, Best Music, and Best Lights.

Hosted by The Commodores Club of the Newport Beach Chamber of Commerce, the boat parade draws millions of people annually and has become a cherished tradition for residents and visitors alike. For five consecutive nights, the parade begins at approximately 6:30 p.m. and ends at 9 p.m. at the tip of Lido Isle. The parade opens with a firework display from the Newport Pier at 6:15 p.m. on Dec. 19. Closing out in the same spectacular fashion, there will be special fireworks show from the Balboa Pier on the final night of the parade at 9 p.m. on Dec. 23. 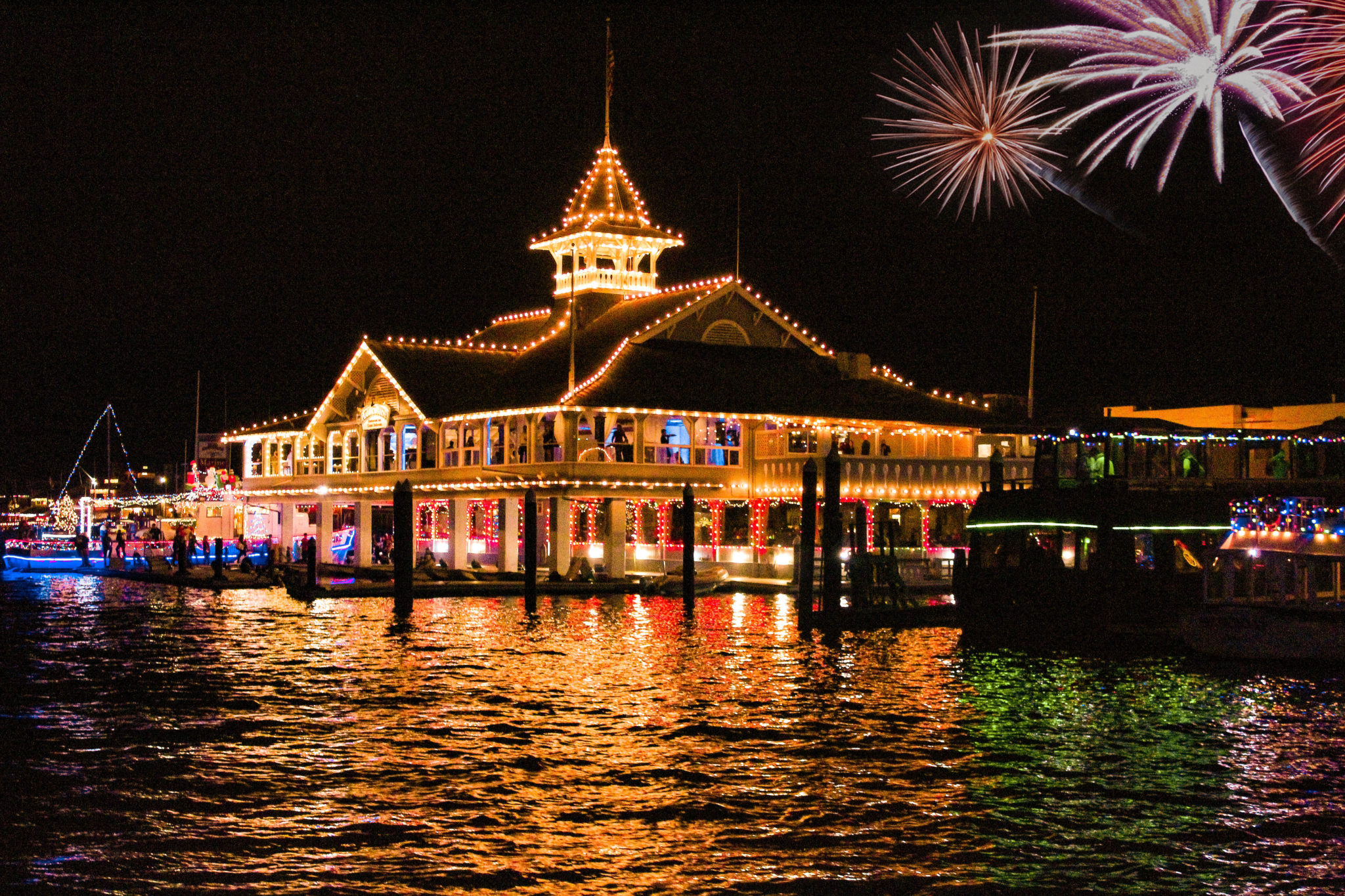 Marina Park is the perfect location for families to watch the parade, especially on opening night. On the first evening of the parade, be sure to arrive early as it will be abuzz with holiday festivities including face painters, caricature artists, an LA Chargers football toss competition and plenty of food vendors. Onlookers will also be treated to a live performance by The Young Americans as they bring the magic of Christmas alive with “fun for the whole family” musical numbers. The opening night fireworks display that goes off from the Newport Pier at 6:15 p.m. and then to watch the parade of spectacular boats as they pass by at approximately 6:45 p.m.

We hope to see you there!