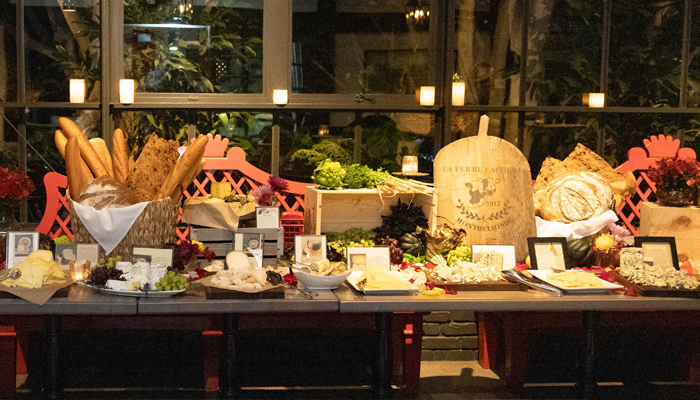 SideDoor is pleased to announce the bi-annual Ultimate Cheese & Charcuterie Backyard Party will be returning on Wednesday, January 15 from 6-9 PM, with a complimentary glass of bubbles included!

Set in Five Crowns and SideDoor’s picturesque outdoor Greenhouse and patio, the ultimate celebration of fromage is the culmination of SideDoor’s popular monthly Cheese Takeovers.

Known for its award-winning cheese and charcuterie offerings, SideDoor started the monthly series to highlight unique creameries, dedicating one evening a month to small batch cheesemakers and specialty cheeses. Twice a year the series reaches its pinnacle with the ultimate celebration of fromage. The indulgent evening will showcase the previous five months of creameries in the series including Haystack Mountain (August), Sonoma County (September), Kenny’s Farmhouse Cheese (October), River’s Edge Chevre (November) and Cowgirl Creamery (December).

Get the party started early and join us from 5:30-6 PM for a Cheese Pairing Class. The class will include 5 cheese and 5 various beverage pairings. Tickets available as an add-on to the event