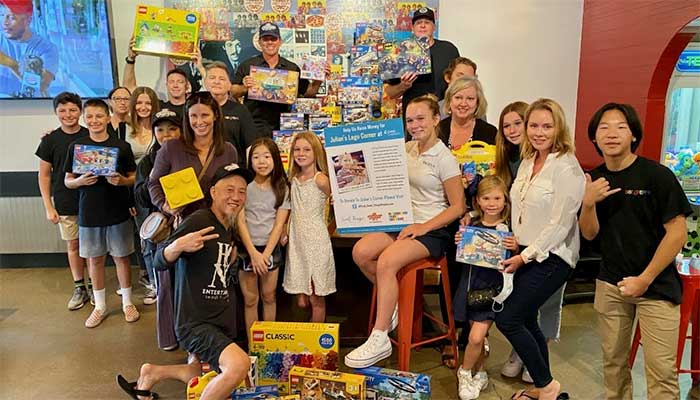 Every September, in honor of Childhood Cancer Awareness Month, Sgt. Pepperoni’s Pizza Store fundraises for Julian’s LEGO® Corner, an Orange County-based charity that donates new LEGO® kits for seriously ill hospitalized children to play with while they undergo medical care at Children’s Hospital of Orange County (CHOC). Last year, Sgt. Pepperoni’s raised $16,000, and the team has an even bigger goal in 2021. Now in its sixth year, the fundraiser helps spread awareness for Julian’s LEGO® Corner and celebrates Julian’s legacy by bringing a smile to other children at CHOC.

To show your support for Julian’s LEGO® Corner, Sgt. Pepperoni’s will be collecting new LEGO® sets and cash donations at all three locations (Aliso Viejo, Newport Beach and Irvine) for CHOC patients throughout September. Additionally, all proceeds in the month of September from Pizza of the Month, The Parma Pie, and desserts will be donated to Julian’s LEGO® Corner. For more information, please visit Sgtpepps.com.