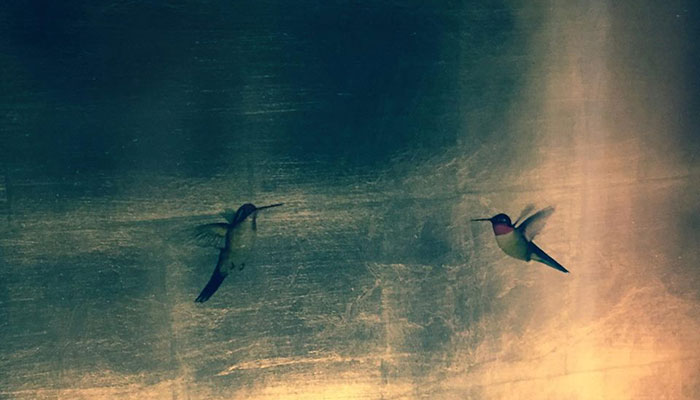 Painbirds are currently in the studio recording their debut album.

Charlie Colin (Guitar, Bass, and Vocals) is best known as one of the original members of the
band Train. He received a Grammy Award for Best Rock Song of the Year, 2001, for Drops of Jupiter.” He was the musical force behind the song, Calling All Angels, which received two Grammy nominations. He also co-wrote the hit song, Im About to Come Alive, popularized by country singer David Nail. Albums to which Charlie contributed have sold over 8 million copies worldwide. His musical compositions can also be heard in various films. As a visual artist, Charlie is busy working on album art to accompany upcoming Painbirds releases.
Rob Hotchkiss (Guitar, Vocals, Piano, and Bass) is best known as the founding member of Train. He has been nominated for four Grammy Awards, taking home a Grammy for Drops of Jupiter (Best Rock Song, 2001). He is the musical force behind hits like Meet Virginia, I Am, and Get to Me, having contributed to music that has sold over 7 million copies worldwide. Rob left Train after their third record, and recorded the solo album, Midnight Ghost. He recently returned to the San Francisco Bay Area to help launch Painbirds.

Tom Luce (Vocals and Guitar)  Luces self-titled album received tremendous acclaim in the San Francisco Bay Area and beyond, winning the California Music Award for Outstanding Debut. It was promoted heavily on the San Francisco radio station KFOG-FM. The Top 40 hit Good Day was heard in the movies 13 Going on 30 and How to Lose a Guy in 10 Days, and was featured in the hit TV shows The O.C. and Alias. Luce’s more recent Buy A Dog was the most played song on stations spanning from San Francisco to Nashville.

Scott Underwood (Drums, Percussion, and Vocals) is one of the original members of the band Train. He received a Grammy Award in 2001 for Drops of Jupiter,” as well as a Grammy Award for “Hey, Soul Sister in 2011. He was the musical force behind the songs, “Something More, Following Rita, and Calling All Angels, which received two Grammy nominations. Scott has contributed to music that has sold over 10 million copies worldwide. Scott left Train in summer 2014 to spend more time with his family and pursue new musical directions in songwriting and producing.