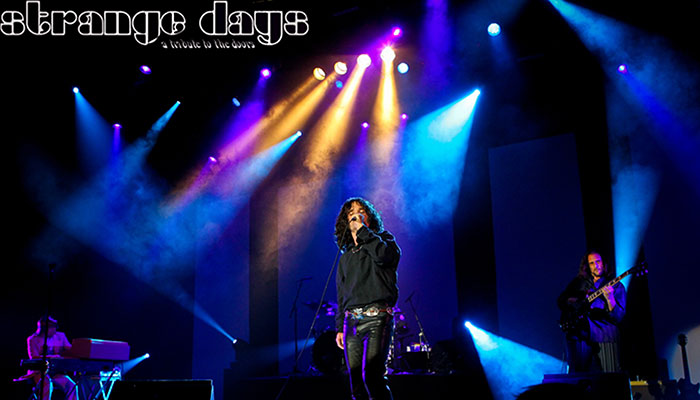 Not since Jimi Hendrix passing has there been a band that can truly deliver “THAT” Hendrix sound. After seeing Hendrix Disciples perform, the “Jimi Hendrix Foundation” has chosen this band to represent Jimi’s music to the World. Hendrix Disciples have been directly involved in and were members of The Legendary Buddy Miles band. Explosive power with that special Soul that only Jimi brought to Rock has been captured by Hendrix Disciples.

Strange Days (Headliner)
Strange Days is a nationally touring Doors concert experience. Formed and based in Los Angeles, California, Strange Days is the most realistic and impressive Doors tribute act in North America. They capture the magic…the mystery….and the madness of the Doors in their prime.