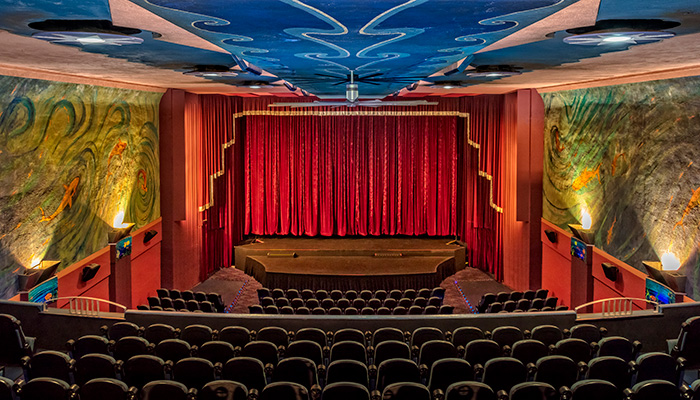 The Lido Theater will celebrate its 80th anniversary on Thursday, August 16, with a special Champagne and hors d’oeuvres reception at 6pm, followed by a screening of the classic movie Jezebel at 7pm. Presented in partnership with the Newport Beach Film Festival and benefiting Lupus International, tickets for the reception and movie are $20 per person and can be purchased at https://bit.ly/2NSIewZ.

The acclaimed movie starring Bette Davis and Henry Fonda first opened the theater in 1938. It has been said that Miss Davis, a Corona del Mar resident at the time, drove by the theater daily while it was under construction. She reportedly requested a sitting parlor in the ladies room, which was built and still remains today, and also told the original owners of the Lido Theater to open with her movie Jezebel, which they did.

Lupus International provides funding for support and research for this chronic autoimmune disease, as well as pediatric rheumatology fellowships at major teaching hospitals and leading research centers throughout the country.

The Lido Theater and Via Lido Plaza were developed by the Griffith Company which also developed much of Lido Isle, and originally gifted the former City Hall property to the City of Newport Beach. The Fritz Duda Company acquired the property in 1986, and as only the second owner in its rich 80-year history, the company has renovated the theater in recent years and has maintained its status as one of the only operating single screens in California.

Fritz Duda Company has also expanded the offerings at the theater by hosting the Newport Beach Film Festival and several other events and charity benefits, including a Bill Medley benefit concert for Lupus International.

The Lido Theater also features some of its original Catalina tilework, revered at the time for its colorful hand painted beauty, and rarely seen in Southern California today. The auditorium walls have stunning murals depicting underwater ocean scenes that appear to glow from black lights illuminating the walls when the house lights dim.

“The Lido Theater is an iconic art deco movie theater that we intend to be a cornerstone of the continued redevelopment of Via Lido Plaza in future years,” said Paul Bernard, Vice President of the Western Region for Fritz Duda Company. “We recently completed a renovation of the center’s courtyard, creating a more inviting space for eating and relaxing, and will welcome a new restaurant in late 2018 that we know will be embraced by the community.”