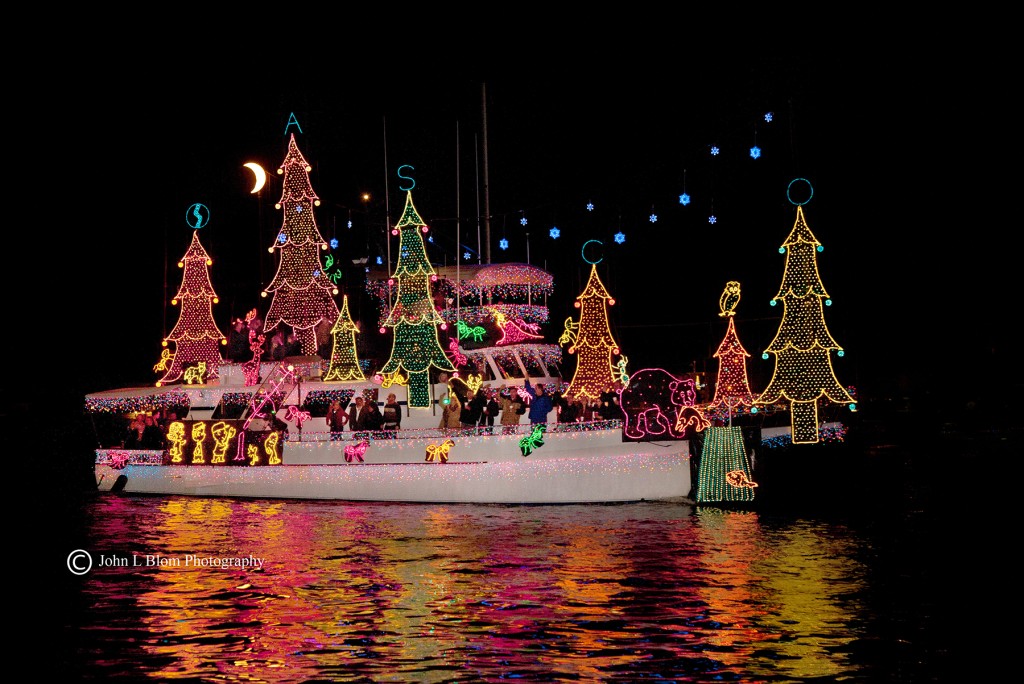 From dazzling Disney displays to brilliant boat parades, these 10 destinations mark a spectacular start to the holiday season.

The holidays are just around the corner, and there’s nothing like an electrifying display of holiday lights to charge you up for the season and zap you with that jolly-good Christmas cheer. Luckily for us, there’s no place in the world that does holiday lights quite like the good ol’ U.S. of A., and we’ve rounded up a merry mix of small towns and sprawling cities that do it best.

From East to West, from dazzling Disney displays to brilliant boat parades, sparkling city skylines to mesmerizing megawatt-lined drives, when these top 10 destinations for holiday lights flip the switch, they mark the spectacular start to the holiday season, guaranteeing spectators a sparkling dose of over-the-top holiday spirit.

For more than a century, Newport Beach’s “Christmas Boat Parade” has delighted spectators with a “Christmas-sea” feeling all its own. A fine flotilla of some 200 vibrantly decorated vessels, from multimillion-dollar yachts right down to simple canoes, glides through Newport Harbor as holiday music and costumed carolers fill the air with melodious merrymaking. The brilliant boat parade (it’s the oldest one in the country) attracts close to a million viewers; it’s held nightly from December 14 through December 18 and lasts about 2.5 hours – show up on the closing night for a fireworks finale. Viewing areas for the beaming 14-mile boat route are on the public beaches and establishments bordering the Balboa Peninsula, the Fun Zone amusement area (where you can hear live commentary from Captain Mike Whitehead, the official voice of the parade), and Balboa Island.

What’s more, many harbor-front homeowners and businesses participate in the annual “Ring of Lights” contest, showcasing their own elaborate holiday displays, while providing a striking backdrop to the boat parade (free; www.christmasboatparade.com). Well worth a detour, the historic Mission Inn Hotel & Spa in Riverside (set less than 50 miles away) is the setting for an extravagant showing of more than 3.6 million holiday lights in its “Festival of Lights” event; expect 400-plus animated figures, live reindeer, and even snow machine-produced flurries – come on opening night for a fireworks display, to boot (November 25-January 8; free; www.festivaloflightsca.com).