When April rolls around in Newport Beach, this glorious spring month brings with it two of the community’s most anticipated annual events — one dedicated to all things film and the other focused on the sport of sailing.

The Newport Beach Film Festival returns this year, from April 23-30, complete with a new program that showcases the beauty and supporting role that California locations play in different films. Called “Made in California,” the new program will feature an exclusive collection of films that celebrate the state’s people, places and spaces. Festival organizers collaborated with film commissioners statewide to compile the program, which includes approximately 20 narrative and documentary films (all under 40 minutes) shown throughout Newport Beach and Costa Mesa at venues from Lido Live theater to The Triangle. On the lineup: Jason Blalock’s “Sawdust and Sand: The Art of Douglas Miller,” which captures the streets of nearby Laguna Beach through snapshots taken by the local artist starting in 1970, to “Mussel Man,” Elvis Metcalf’s look at mussel farming off the Santa Barbara coast, the only open-ocean farm on the West Coast.

Now in its 16th year, the festival — which has emerged as the leading lifestyle film festival in the U.S. — also will highlight 350 films from 50 countries in a variety of genres (plus a few world premieres), along with outdoor anniversary screenings of “Bring it On” and “Clueless” at Newport Dunes; a John Wayne retrospective; the opening night screening with a post party in Fashion Island’s Bloomingdales courtyard; and numerous seminars offering a chance to hear how films are created.

Tickets, which range from $1 for a general screening to $225 for Opening Night, go on sale April 1st; a $750 VIP pass grants access to opening and closing night and all films and parties. For tickets & more information click here. 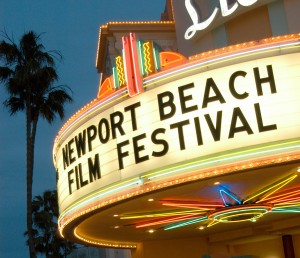 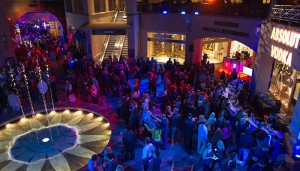 The Newport Ocean Sailing Association’s 68th annual Newport to Ensenada International Yacht Race — better known as ” N2E” — gets under way April 24 at 11 a.m. One of the West Coast’s premier regattas, this 125 mile-overnight race departs off the Balboa Pier and ends north of the city harbor of Ensenada, Baja California, April 26. More than 200 sailboats are expected to start, and one may win 40 or more trophies in several categories and numerous classes for monohulls, multihulls and cruisers. New this year: an “unlimited” class open to all non-traditional boats. Be sure to attend the kickoff party for the race — the Balboa Village Fest- N2E Kickoff event — April 19, from 11 a.m.-4 p.m., on the Balboa Peninsula. Happenings at this year’s fest include the second annual Taste of Balboa, with signature dishes available for purchase from various local restaurants; live music performed by the U2 cover band Hollywood U2; and hands-on activities for the kids at ExplorOcean. But that’s not all … attendees can also expect to see large-scale professional chalk works by famed chalk artists and tour several of the boats competing in N2E. Event entry is free, with food and drink tickets ranging from $1-$10. 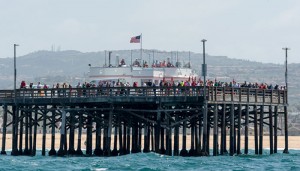 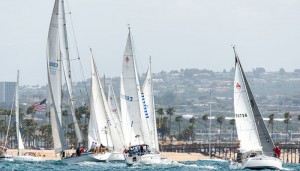