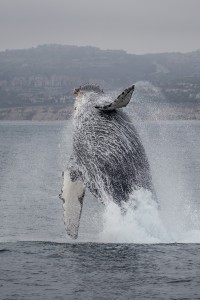 This summer is going down in the record books for the huge number of humpback whale sightings taking place just off Newport Beach coastline. Summer is traditionally the time of year for giant blue whales and finback whales both which have also been present but the influx of humpback whales is nothing short of spectacular. Humpback whales are known for being one of the most acrobatic of the whale species and often breach almost completely out of the water which is quite breathtaking. The humpbacks have also been “mugging” whale watching ships meaning the whales cruise right up to the boat often sliding right underneath while whale watchers watch in awe. 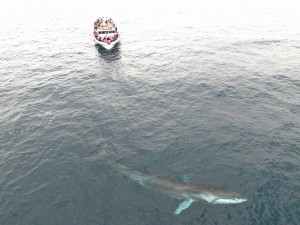 Humpback whales are often found more off Monterrey and in Hawaii but an abundant food source and rising population of humpbacks have led to this influx into waters off Newport Beach this summer. There are few places in the world where you might see blue whales, finback whales, humpback whales, and several species of dolphin on just one whale watching cruise. Newport Beach is one of those destinations. Couple the amazing sightings with the proximity to the coast means whale watching cruises in Newport Beach are just 2-2.5 hours instead of the traditional all-day event allowing much more flexibility when planning a cruise while in Newport. Whale watching providers out of Newport Beach include Newport Landing Whale Watching & Davey’s Locker Whale Watching. 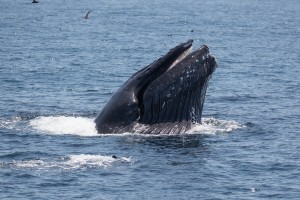