The Toshiba Classic annually heralds the arrival of early spring in Newport Beach at the Newport Beach Country Club.  For seven days in March the official PGA Champions Tour sanctioned event attracts over 80,000 attendees, making it one of the largest and most exciting events of the year in southern California. 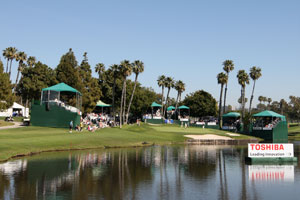 Hoag Hospital Foundation produces the annual Toshiba Classic. T the most successful tournaments in Champions Tour history, the Toshiba Classic has raised over $14 million in the past 14 years for its lead beneficiary Hoag Memorial Hospital Presbyterian as well as other Orange County charities. Starting in 2011, the tournament has directly benefited the Mary & Dick Allen Diabetes Center at Hoag.

Televised to an international audience on Golf Channel, the Toshiba Classic enables millions of viewers to see some of Orange County’s greatest attractions.  The tournament generates an estimated $27 million in annual economic impact for the county and state.  To order tickets and to inquire about corporate ticket packages, please call 949-660-1001 or order online at www.toshibaclassic.com. 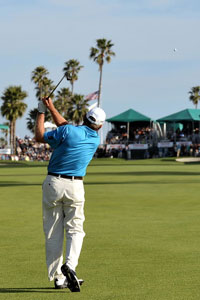 The tournament combines one of the strongest fields of the entire year with a challenging golf course, a recipe that always seems to result in riveting play. In fourteen years, the Toshiba Classic has had four playoffs and only three times has the champion posted more than a two-stroke margin of victory.

Known as southern California’s Golf Coast, Newport Beach boasts some of the most beautiful links in the country including. Most notable is Pelican Hill Golf Club voted California’s #1 Golf  Resort by Conde Nast Traveler Magazine in 2011. The Tom Fazio designed masterpiece boasts 36 holes set over 400 acres of stunning, ocean views and adjacent to thousands of acres of coastal preserve.

In addition to exceptional golf facilities, Newport Beach is home to one of the world’s largest small yacht harbors, and a vibrant coastal community that offers many springtime annual events such as the oldest International Yacht Race in the world, the Lexus Newport-to-Ensenada Yacht Race.  The drama a beauty of the destination makes for a perfect backdrop for the critically acclaimed Newport Beach Film Festival. Both events are held in April. In May, comes the Hyatt Regency Newport Beach Jazz Festival, Balboa Island Artwalk and Newport Beach Wine Festival held at John Wayne’s old hangout the Balboa Bay Club Resort & Spa.