You will be entranced by top talent, closeup to your seat performances and beautiful views of the Upper Newport Bay at the Back Bay Amphitheater. The intimate venue is the perfect host for the musically invigorating experience. You get the perfect blend of expansive outdoor venue views and music lounge intimacy. 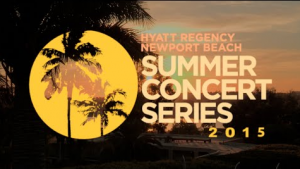 Upcoming Artists for the 2015 Series:

Make an evening out of the concert by dining at SHOR on the Hyatt Regency Newport Beach property or head over to Bayside Restaurant, where they offer a free shuttle for patrons to the concert.