A Special Evening with Smokey Robinson 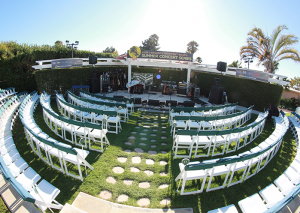 Friday, September 23rd, join the Hyatt Regency Newport Beach for a very special evening with Smokey Robinson. His sold out show is one of four spectacular events left in the 2016 Hyatt Summer Concert Series lineup. Like the remaining shows in this series, Smokey Robinson’s performance will take place in the Back Bay Amphitheater, which allows fans to get up-close and personal with their favorite musicians. It’s an extremely unique experience for concertgoers and it’s only offered during the summer months. Looking to mix up your ordinary Friday night agenda? This is a great opportunity for both locals and residents in neighboring communities to gather family and friends, enjoy the outdoor venue and become a part of the remarkable ambiance that the Hyatt Regency Newport Beach has created.

Once pronounced by Bob Dylan as America’s “greatest living poet,” acclaimed singer-songwriter Smokey Robinson’s career spans over 4 decades of hits. He has received numerous awards including the Grammy Living Legend Award, NARAS Lifetime Achievement Award, Honorary Doctorate (Howard University), Kennedy Center Honors and the National Medal of Arts Award from the President of the United States. He has also been inducted into the Rock ‘n’ Roll Hall of Fame and the Songwriters’ Hall of Fame.

Born and raised in Detroit, Michigan, Robinson founded The Miracles while still in high school. The group was Berry Gordy’s first vocal group, and it was at Robinson’s suggestion that Gordy started the Motown Record dynasty. During the course of his 50-year career in music, Robinson has accumulated more than 4,000 songs to his credit and continues to thrill sold-out audiences around the world with his high tenor voice, impeccable timing, and profound sense of lyric. Never resting on his laurels, Smokey Robinson remains a beloved icon in our musical heritage. 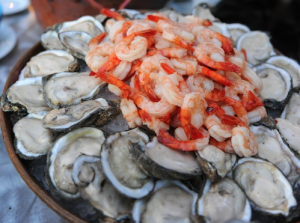 The Hyatt Summer Concert series has all of the elements necessary to create a relaxing, memorable and soulful Friday night concert experience. The selection of dining options available prior to show time makes this an even more enticing Friday night activity. Concert ticket holders can choose from elaborate buffet dinner at SHOR restaurant, a more relaxed experience a the Lobby Lounge, or dinner at Bayside Restaurant with a complimentary shuttle to all guests who dine with them before the show. Doors open at 6:00pm and the show will begin at 8:00pm. The “King of Motown”, Smokey Robinson, is set for an impeccable performance that will wow the Hyatt Regency Newport Beach audience.

We’re so excited to have a musical legend here in Newport Beach and look forward to his live performance Friday, September 23rd.