Come April, our quaint beach town turns into a major destination for celebrating cinematic works. Ever since its inception in 1999, the Newport Beach Film Festival has been drawing throngs of avid filmgoers and industry pros. This year’s edition of the event promises a wide scope of offerings, starting off strong with Luce, a highly anticipated feature directed, produced and written by American-Nigerian filmmaker Julius Onah and starring Naomi Watts, Octavia Spencer and Kelvin Harrison Jr.

But Aside from showcasing the drama, which caused quite some buzz when it premiered at Sundance earlier this year, the film festival will be fêting something else with a big opening-night shindig. This year, this Newport-Beach-grown event will be celebrating a major milestone. (Cue the birthday candles, the film festival turns 20 years old!)

Which is why, as we prepare to revel in the talent of the cast and filmmakers from across the world, we’re also turning our attention to our neck of the woods, which is a star in its own right. From the quirky comedy Arrested Development to the iconic teen drama The O.C., Newport Beach’s sunny, sand-filled playground has played an important role in a slew of movies and TV shows. 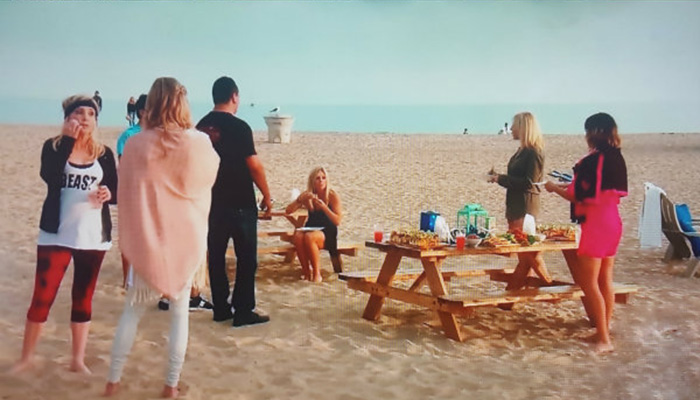 The Real Housewives of Orange County

Even if you’re not a reality TV enthusiast, we’re pretty sure you have, at some point, caught wind of The Real Housewives franchise. If you haven’t, well, here’s the gist: The shows document the day-to-day lives of wealthy housewives from various parts of the country, including Orange County, Atlanta and Beverly Hills. The series, you’ll be happy to know, was born right here in OC, with many scenes taking place in familiar destinations and eateries like Bayside Restaurant, A&O Kitchen+Bar, Newport Dunes Resort and Marina, and the Balboa Bay Resort. The 13-season show—the 14th season is currently under production—offers up everything you could possibly need from reality TV: posh mansions, an onslaught of drama between the ladies of RHOC in all their eye-catching finery, and of course, lots of footage of coastal cliffs and pristine patches of sand. 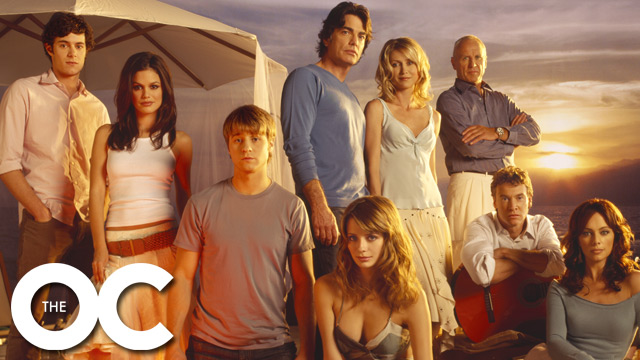 It was a teen drama to end all teen dramas, particularly to adolescents growing up in the early 2000’s, circa Britney Spears. The show follows Ryan Atwood, a troubled teenager who is kicked out of his household and is forced to leave his hometown of Chino. Taken in by the Cohens—a wealthy, Newport Beach family—Ryan begins to adjust to a life in a high-class world that’s so wholly different from his own. (And, and of course, drama and tumultuous romantic relationships ensue). Even though it’s been almost 16 years since The O.C. first aired on TV, there’s a lot that fans are still holding on to—the characters, the storylines, the plot twists and turns. Also hard to forget? The show’s idyllic coastal city, where the likes of Marissa, Summer, Seth and Ryan roamed. Featuring everything from beaches to quaint restaurants and cafes that characterize Newport Beach, the show paid homage to our beachtown in more ways than one. 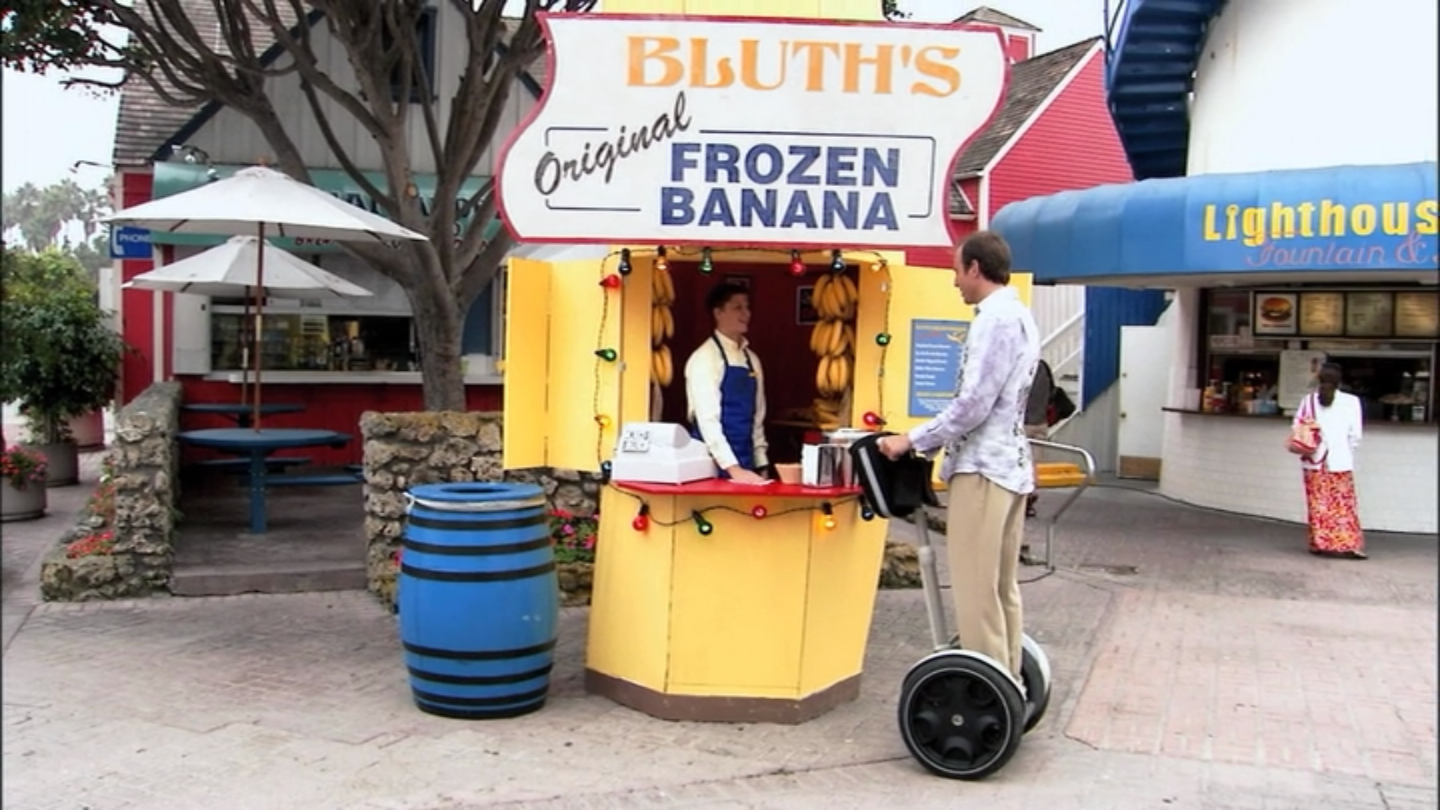 Known for its deadpan, dry humor humor and quirky, albeit a little unlikable, characters, Arrested Development first made a splash when it debuted back in 2003. When watching the show, it’s nearly impossible to miss references to Balboa Island’s famous frozen bananas, which, in the show, happen to be a pillar in the Bluth family empire. There’s also Fashion Island, where Lindsay frequently goes on (ill-advised) shopping sprees. And let’s not forget the Bluth family model home, a turreted pad surrounded by an expanse of nothingness, located on the comical “Lucille Lane” in Newport Beach. (This is fictional, of course. The actual home can be found in Woodland Hills).  You can visit the inspired locations on Balboa Island at Sugar ‘N Spice, one of the island’s most iconic landmarks since 1945. The producers of the show “borrowed” Sugar N’ Spice’s royal blue logo and banana-man mascot for the Bluth’s banana stand. Suffice to say, it’s hard to think of the famed comedy without visualizing the landscape where all the Bluth family shenanigans transpire. 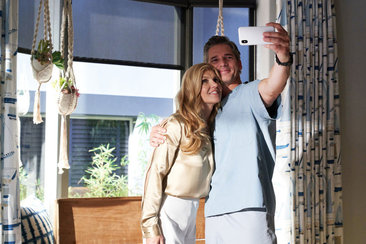 If you haven’t seen this thriller-slash-crime series, you’re in for a binge-worthy treat. The premise of the show is based on a 2017 podcast of the same name, and the podcast itself was adapted from a series of investigative pieces written by L.A. Times journalist Christopher Goffard. It’s a twisted narrative, really, one that tells the tale of how John Meehan (the grifter, the bad guy, if you haven’t already deduced that from the title) conned and manipulated a wealthy, Newport-Beach businesswoman. Morbid plot points aside—we’ll leave those up to you to follow on Bravo, where you can stream the eight-episode season—the miniseries offers up sights and scenes of high-end living in Newport Beach. Even though a lot of the filming actually took place in Long Beach, the scenery in the show’s opeing credits displays stunning b-roll of our fair city.

If you are a cinema lover yourself, make sure you check out this year’s Newport Beach Film Festival April 25 – May 2. newportbeachfilmfest.com