The Newport Beach Film Festival is near. Specifically, it launches with great fanfare and a shiny gala on April 26 and keeps on rolling through May 3. Over 350 movies will be screened throughout the eight-day soiree, from powerful domestic dramas to uplifting international character studies. The high amount of choice virtually guarantees an array of cinematic flavors poised to satiate every type of movie-going appetite. At the same time, a question arises: What should you eat before or after you see one of these flicks?

We’re here to help. We’ve compiled a list of specific dishes that pair well with one of the films being screened at the Newport Beach Film Festival. Some of the ways may seem clear, while others may appear to be slightly esoteric. All result in you arriving at the theater completely satisfied.

This intriguing film focuses on a college graduate’s move to Southern California’s hipster epicenter, where everyone he meets harbors secrets under their cool, beautiful exterior. The movie’s plot seems to share DNA with this Westcliff neighborhood vegan venue, which cleverly uses nothing but plant-based ingredients to replicate the flavors of the vegan-verboten food groups. Their Sharing/Nachos starter perfectly captures the essence of this bond, right down to the dish’s Silver Lake-ready name. When you dig into the dish, you’ll swear that there is a generous amount of cheese intermingled with the black beans, pico de gallo, avocado, spicy pepitas, and escabeche. But what you’re really tasting is cashews seasoned to deliver the taste of nacho cheese to your palate. It’s an ingenious deception, and you won’t mind being duped one bit. 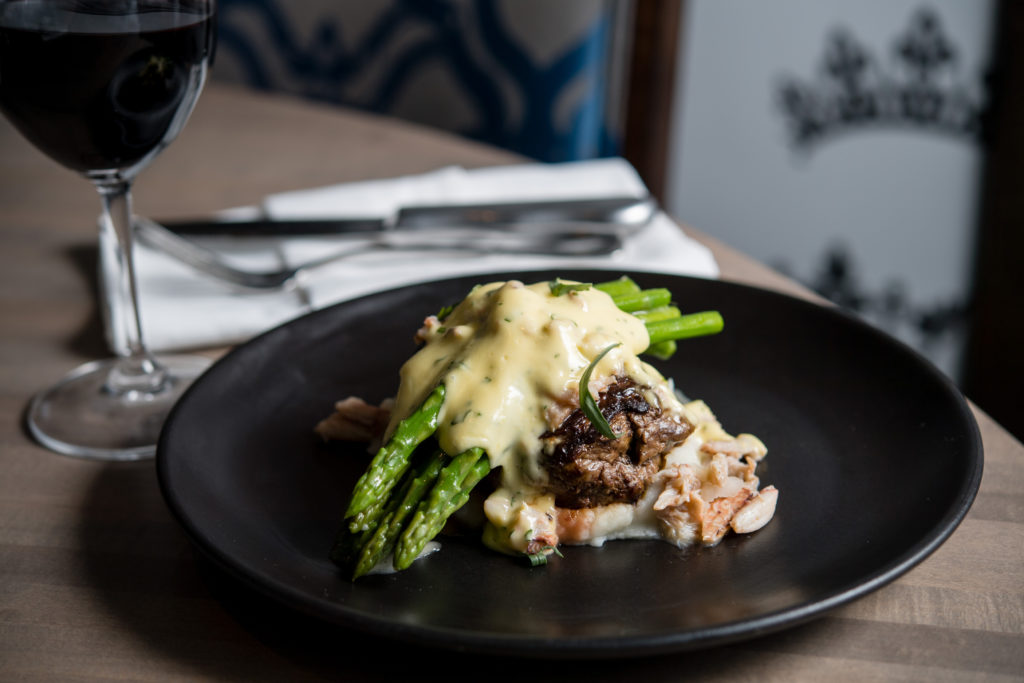 The plot of this movie focuses on an old-school bowling alley and the adoration of a familiar, cherished business. Few restaurants in Newport Beach command that type of reverence like this perpetually charming Corona Del Mar eatery, which has been dazzling customers since 1965. A big reason for this is its penchant for presenting classic dishes that are just as exciting now as they were decades ago. Case in point: The Beef Steak Neptune, a vintage entrée featuring a filet mignon topped with crab, asparagus, and béarnaise sauce. It’s a dish your dad or grandfather may have enjoyed here back in the day depending on your age, but its succulent flavor merely proves that the generations before you had excellent taste.

The crux of this movie’s plot revolves around a guy in a restaurant that possesses the ability to grant people their desires. This Crystal Cove venue has two people that can provide such fulfillment in food form – husband-and-wife co-owners and culinary wizards Florent and Amelia Marneau. While Executive Chef Florent’s expert take on French cuisine checks effortlessly caters to most of your palate’s wants, Pastry Chef Amelia’s desserts like her Rose Scented Macaron handles whatever longing may be left to satiate. The two halves of the enormous macaron bind a luscious middle of lychee and raspberry, forming an expression of decadence that shines brightly in each bite. The only desire you’ll be left with when you’re done polishing off the delight is a yearning to come back and enjoy it again. 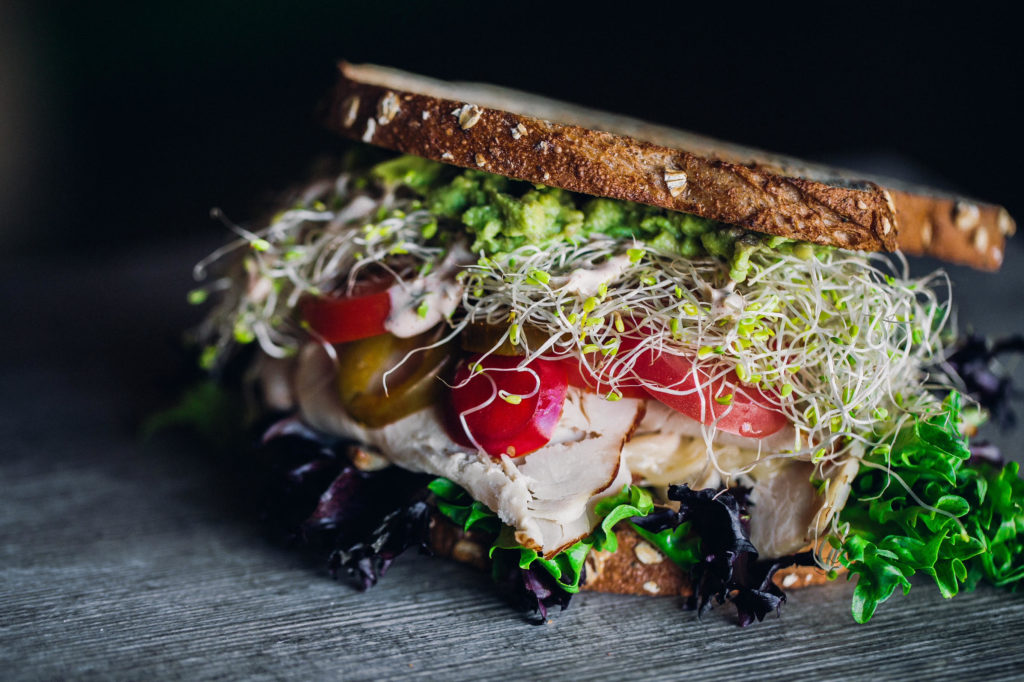 One of the central themes of this semi-coming of age story is the exploration of life and the world outside of one’s bubble. This motif is why stopping at this Balboa Peninsula eatery on the day you see the film is such a great fit. The venue specializes in expanding the concept of the simple sandwich into pathways that aren’t typically traversed in a home kitchen. Nothing exemplifies this better than the Meddock Melee. On the surface, it’s a turkey sandwich. Yet if you take a deep dive between its two French roll halves, you’ll discover jalapeno jack, tomatoes, avocados, sprouts, cherry pepper, and an adobo buttermilk dressing – ingredients that collectively deliver a diabolical swirl of flavor complexity. It will delight your taste buds, and it may even change the way you think of sandwich-making.

In this compelling British film, an enterprising couple decide to launch a “Shakespeare by the Sea” festival. Their exploration of seaside art is reason enough to dig into some seafood the day you see the flick. This Mariner’s Mile restaurant and flagship venue within the Balboa Bay Resort is a great place to enjoy such aquatic indulgence, thanks in part to their Seafood Linguini. This entree delivers the goods: A generous helping of clams and mussels sits atop a sumptuous base of pasta and a white wine broth that practically begs to be sopped up by bread. It’s a delicious dish that’s made even more transcendent by the presence of the adjacent Newport Harbor. 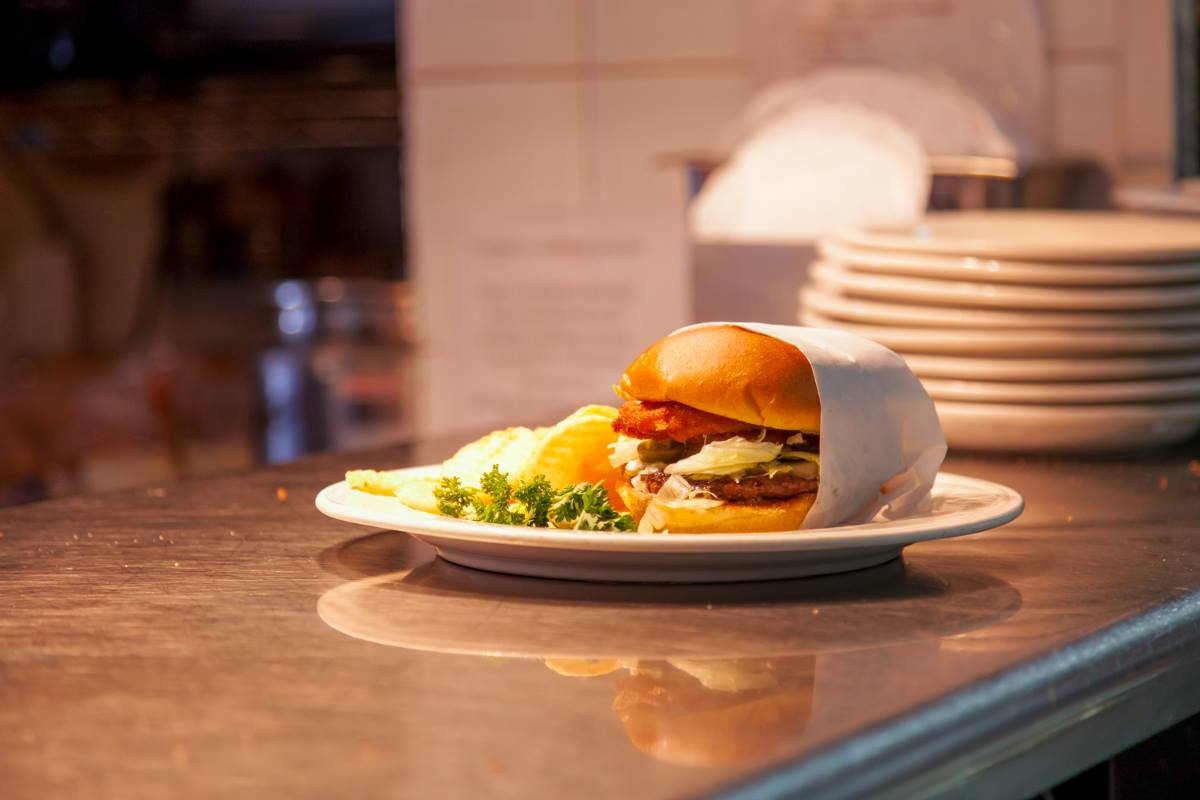 Set in the late 19th century, this movie focuses on the exploits of a mad scientist. There’s no better way to prepare for such a plotline than to partake in a little bit of culinary experimentation, and this Balboa Island mainstay’s Build Your Own Burger offering is the perfect conduit for an intriguing taste trial. The restaurant provides you with a few basic starters, like a patty, lettuce, and raw Bermuda onions. You’re on your own after that, and you have room to go bonkers. Enhancements like a fried egg, feta cheese, jalapeno peppers, chili con carne, teriyaki sauce, and alfalfa sprouts are all fair game for your palate’s bemusement. Don’t be afraid to push the limits of flavor here – remember, there’s a fine line between madness and genius.